A new way to wake up: Why sunrise alarm clocks are all the rage 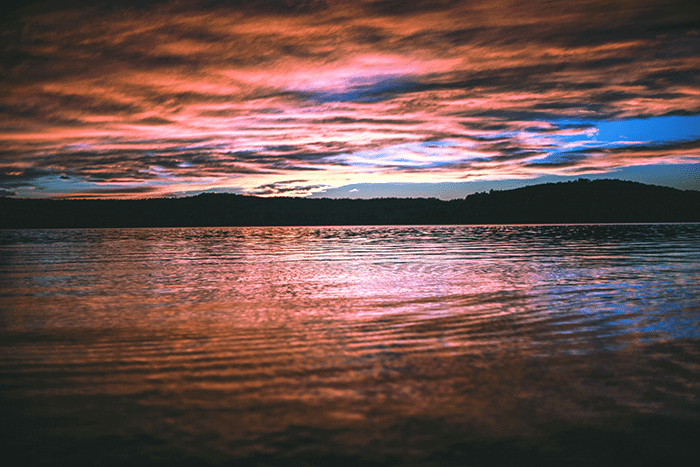 BEEP. BEEP. BEEP. The daily yet discomforting sound of an alarm clock is one we all know too well. Or perhaps your alarm sound is one of the classic iPhone tones like “Opening” or “Piano Riff.” Or maybe, like me, you’re one of those people who got sick of the typical alarm sounds and opted for picking one of your favorite songs as your alarm.

Regardless, we’re all used to the routine: The alarm goes off, you’re practically shocked awake and you get up to begin your day. What if there was a way to make waking up a little less painful and a little more gradual?

As it turns out, there is. Sunrise alarm clocks — also known as wake-up lights — present a new, unique way to wake up in the morning. These alarm clocks do exactly what it sounds like they do — rather than using a loud beeping sound to awaken you, they simulate the sunrise so it’s as if you’re waking up to natural light.

My fiancé got a sunrise alarm clock for Christmas and he’s already enjoying making use of it. As soon as he received it, he opened it up and showed me the details of how it works. Just like a sunrise, the light comes on very dimly at first — in his version, the light even looks red. Over the course of 20 minutes to two hours (depending on how you set it), the light slowly but surely gets brighter and whiter. Before you know it, it’s as if the just-risen morning sun is shining through the window (but actually through your alarm clock) at you.

Worried that you won’t actually wake up to a simple beam of light? I thought the same thing. But some sunrise alarm clocks — like my fiancé’s — also utilize pleasant wake up sounds, like birds chirping. If you don’t wake up to the light, you’ll be awakened by calm, natural morning sounds.

The best part of sunrise alarm clocks is they do more than prevent the annoying beeping noise that comes with a regular alarm clock. Sunrise alarm clocks are based on a technique known as dawn simulation, which has surprisingly positive effects on the human body. The technique, which is often used to aid seasonal affective disorder (SAD) sufferers, helps regulate humans’ body clocks. In addition, a 2015 article in The Guardian cites a recent study, which claims dawn simulation lifts people’s moods and improves their athletic and cognitive performance.

Sunrise alarm clocks are available for purchase at a variety of locations and price points. My fiancé has this Philips version, but here’s another option. If you’re tech-savvy, one website even suggests you can build your own.

If you’re feeling disheartened by the cold, dark days this winter, think about making an investment in a sunrise alarm clock. Even if winter doesn’t take much of a toll on you, consider purchasing one — you’ll wake up feeling less groggy and more ready to take on your day.

2 thoughts on “A new way to wake up: Why sunrise alarm clocks are all the rage”