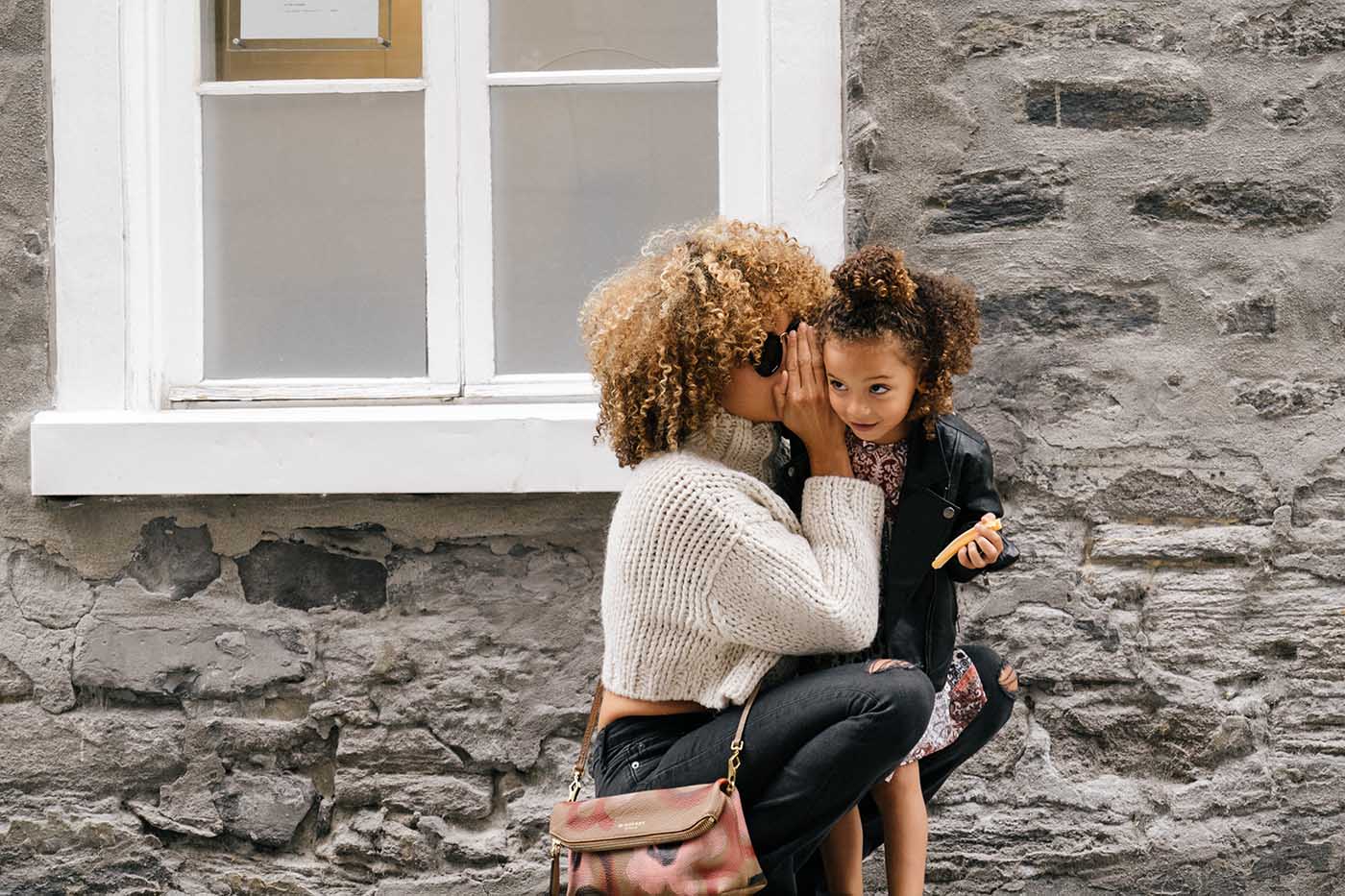 “Can I borrow your baby?” is not a normal way to start a conversation, but about two months ago, I became obsessed with understanding motherhood – the challenges, the needs, the exercise in reprioritization.

While I don’t have plans to start a family in the near future, I did want to understand moms. I kept meeting moms who read aSweatLife – an entire population that has a set of needs that are different from mine – and I was desperate to understand them. With the rise of social-media-moms telling other moms to work out every day, to not make excuses and to remember that thing about having the same amount of time as Beyoncé, I needed to know what juggling this new set of priorities actually feels like.

After conversations with working moms, I started to understand that “the great baby experiment,” or rather, my attempts to borrow a child to play mom for an entire day, amounted to babysitting.

“I can take Baby C on Saturday so you guys can have the day off to do whatever you want,” I messaged to Tayler Stogsdill, who spends her days working a full-time job and her evenings with her baby with quick breaks to sweat at CrossTown Fitness.

She replied and gave me my first “ah ha” in this experiment. “Hi Jeana! I know this may sound crazy, but is there a weekday you would want to do? We love to hang with C on the weekends.”

It wasn’t until then that I realized that I was viewing a child as a simple burden, to be cared for because you have to. And if you read between the lines in Tayler’s message, she knew that I wouldn’t understand fully. She said “I know this may sound crazy …” because it was becoming increasingly clear that until you have a child of your own, there’s an entire emotional element that is legitimately crazy to anyone who doesn’t have a child.

I know now that it’s much more complicated than this, but I genuinely wanted to understand three things: how work fits into the mix, what it takes for moms to fit workouts into their days and if this whole thing is crazy.

Work: for moms, is it a break? A distraction? A Priority? A struggle? Yes.

Tracy Zindell confirmed my suspicion that I was testing a flawed hypothesis. Tracy is the owner of a growing business, Flex Pilates, and the mother of a sweet toddler. I’ve watched Baby O grow into a little girl in small glimpses in the neighborhood, on Facebook and in our building’s lobby.

Tracy’s experience owning a small business while having a small child amounts to having two full-time jobs. “It’s really stressful to not have a job you can ‘call in sick’ to. I can’t call a studio full of students and tell them my kid is sick so we’re closed. It’s bad business. And I can’t afford a live-in nanny right now so something’s gotta give. Usually it’s the business.”

Robin French, Owner of the West Loop’s Bare Feet Power Yoga, confirmed the challenge of being a small business owner – having a business baby – while taking care of an actual baby.

“I’m fortunate that I can work from home and I imagined it would be easier to continue working from home while my baby played quietly on his own,” she said, expressing a misconception she had before welcoming her baby boy. “Prior to having Declan, my business was my baby. Now Declan is my top priority and my business falls second behind my family.”

Tayler, who spends days as a Vice President at Oak Street Health, experienced a bit of reprioritization after giving birth to Baby C, but said, “The biggest misconception that I had was that being a mom and having a career (and enjoying it!) were mutually exclusive. You can be there for your son or daughter and continue to progress in your career. I absolutely love being a mom, but I really enjoy my work.”

So workouts are super easy to fit into your day, right mom?

When I asked Tracy – again, the owner of a Pilates studio, how she fits activity in a day, she used the word “HA” more times than I thought actually allowable. Turns out, the limit does not exist.

“Is this real?” she asked, wondering if the question was just a joke meant to taunt her. This interview was obviously going great with Tracy.

“I know there are moms out there, in the social media world at least, that do it all including a full-time fitness schedule. I, on the other hand, have found it so hard to find time for myself for even a pee break or a meal – let alone a moment to myself to zen out at Moksha or even take Pilates at my own studio, which I have to include happens to be 10 feet from our condo!” She said.

For Robin, it comes down to being creative because scheduling dedicated 30- or 60-minute workouts doesn’t work for her.

She said, “I throw in exercise wherever I can. I love baby-wearing, so I often walk my dog or run errands while wearing my 20-pound baby. And Declan loves being active, so I do squats while I hold him, lift him up and down to work my arms, or do some pushups over him … he thinks it’s super fun and usually laughs the whole time.”

Tayler relied on her support system as she trained for the Chicago Marathon last summer, but as she settled back into her regular workouts, she found it more difficult to juggle. She uses a couple of strategies to stay active. “I head to CrossTown as often as possible and I plan out my workouts the weekend before.”

Is this whole thing crazy? It’s something different to everyone and you’re never going to understand until you have kids, but yes.

“My advice to working women who plan to continue working when they have children is to take it one day at a time. And always be reevaluating what you and your child need to make you most happy. I know that these are the hardest few months and it will get easier when she goes to school and can feed and dress herself. Hell, it will be easier when she can at least talk instead of just crying like a lunatic,” Tracy said. “But until then, I’m gonna keep working on being the best mom I can be and the best studio owner I can be because I know that this time is short and sweet and very limited and I will one day look back with tears in my eyes thinking … wow, those were the BEST days of my life.”

For Robin, it’s connection on a different level.

“I’ve never experienced this kind of love and it can’t be described,” Robin said.

For Tayler, it’s an exercise in being present when it matters.

“The best thing about being a working mom? Being present when I am with Charlotte,” Tayler said. “When I get home from work or wake up in the morning, she is my focus. I answer emails and work on projects when she is asleep, so that she gets my undivided attention when she is awake.”

So what did I learn from the great baby experiment?

I was asking the wrong questions. I know now that the working moms in my life constantly play a game of “which thing should I sacrifice,” that some days are hard and some days are bliss, but these challenges are are wrapped in emotions that I can’t begin to understand no matter how much I love my dog.

6 thoughts on “The Great Baby Experiment: Working Moms and Fitness”