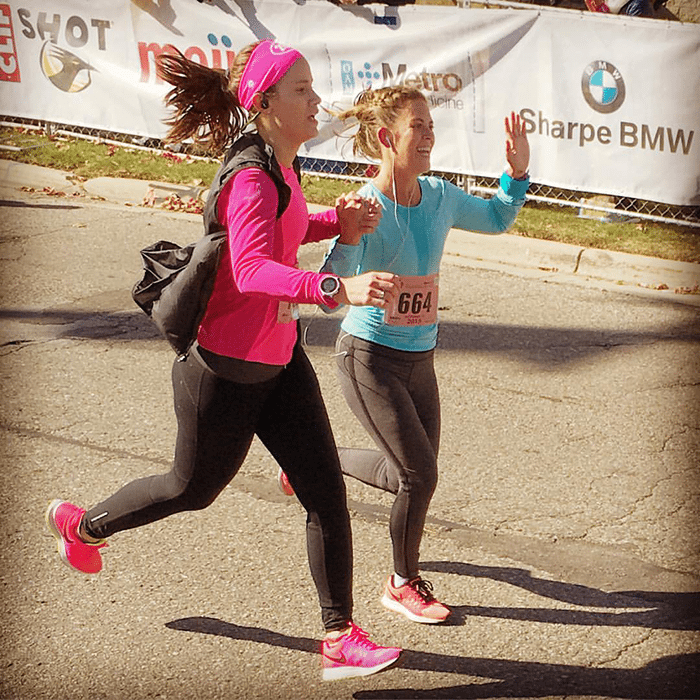 I ran my third marathon this weekend. From the start, I had the intention of getting a significant PR – I missed that goal during my second marathon, and I wanted the PR badly.

Then summer happened, and between various trips, weddings and random fun activities that made long run Saturdays a little less enticing, I felt “off” with my training. Sure, I was following the plan 90% of the time, but I could tell I wasn’t as focused as during my previous training cycles.

It was hard to put into words, because on paper, I was doing everything right. In my heart, however, it felt like I was just going through the motion – and when I realized that, I wondered if that was going to show itself during race day as well. After all, how can you get psyched up for four hours of running if you haven’t enjoyed your training?

I was also suffering from training-comparison-syndrome. “Well, last time when I was training for a marathon, I was doing more speed workouts than I am now.” “Last spring, I did two 20-milers and a couple 18-milers, and this time I skipped my 18-miler and just had one 20-miler.” It was like there was a second little Kristen inside my head, planting little seeds of self-doubt that took root and gradually grew until I was pretty convinced I wasn’t going to have a very good race.

However, one of the constant mantras that the coaches of NRC preached during the taper for the Chicago Marathon was this: “Trust your training.” Basically, they told our runners that we’d put in the work during the past four months; we’d committed to a program, we’d completed the long runs, we’d done the maintenance runs and the speed workouts and the cross-training. Now, the marathon was the chance to show off, or even take a victory lap.

Our guardian angel race director, Don Kern, was on the same page as our NRC coaches: 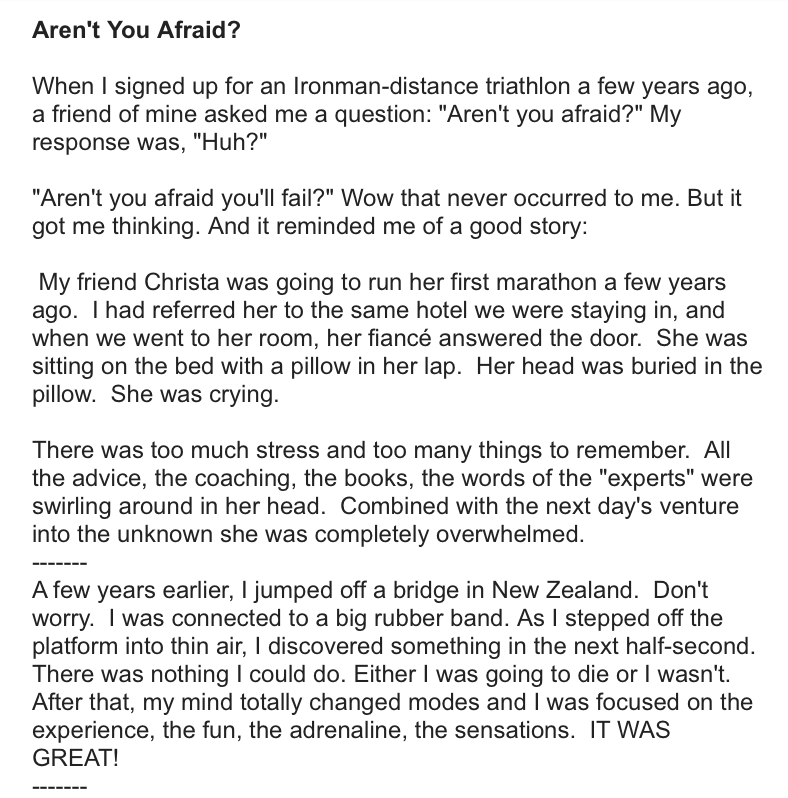 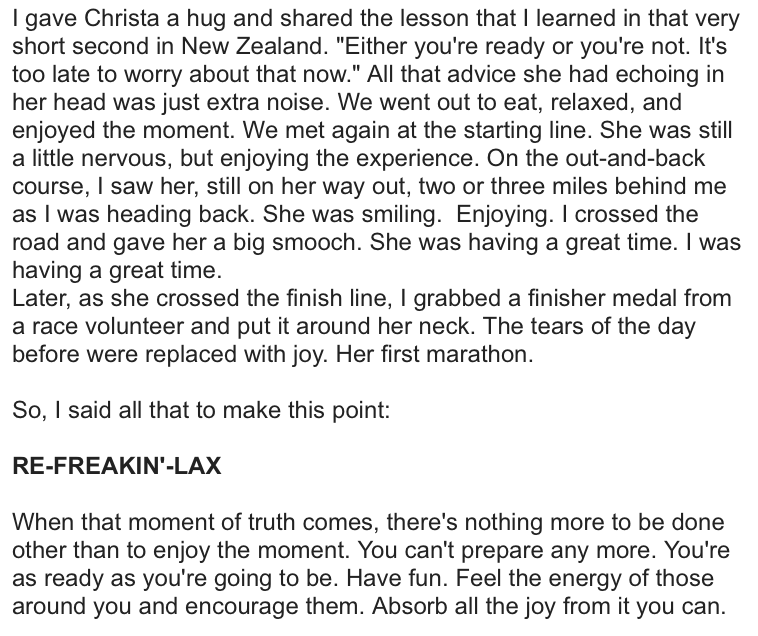 (God bless you, Don Kern. I love you)

I knew this. I told myself to trust my training. Jeana, Cass and several other runner friends told me the same thing. And yet, when people asked me how I was feeling about the marathon, my response was still “¯\_(ツ)_/¯.”

Actually, I can directly quote an email I sent a former co-worker who also coaches triathlons: “Need a good pep talk. In no way mentally or physically ready for marathon.” The subject line was “HELP,” just in case I didn’t get my point across.

And yet, when push came to shove, I crossed the finish line in 3:51:11, a PR of about eight minutes. On race day morning, I woke up feeling calm and I told myself, “I’ve trained too long and too hard not to at least run this race. This is my last long run for as long as I want it to be. I’m going to stick to my race plan, enjoy every minute as much as I can and I’m going to cross the finish knowing that I ran as hard as I could.” With that mindset, I could set myself up to be proud of myself no matter what result I got.

(Which ended up being a good thing, as I realized in hindsight that I had somehow contracted hand-foot-mouth disease the weekend of the marathon, and every step I took felt like I was running on pins and needles. But that’s another blog post)

Anyway, my point is, mantras become mantras for a reason: they’re usually true. You may not feel like your heart is in something, or you may not feel as strong as you felt during the last training cycle, or you may contract a disease that only toddlers usually get, but when you put in the work, you see the results. Trust your training, and enjoy the finish line – you’ve earned it.