15 Alexi Pappas Tweets to Inspire Your Next Big Goal

Whenever I’m looking for a little inspiration, I know exactly where to go: directly to Alexi Pappas’ twitter page: a gold mine of inspirational quotes in digestible bites. And I’m not alone. Alexi Pappas and her tweets inspire everyone from young female athletes to Olympic athletes and those of us in-between. Alexi’s following of bravies* know she’s never short of doses of motivation.

*Bravey, noun: a courageous person who strives for crazy goals. Also, a fan of Alexi Pappas.

I remember first hearing about Alexi Pappas during the 2016 Olympics – she stepped on the scene as the spunky Greek runner, rocking a huge bun on top of her head and oozing self-confidence and originality. Before the Olympics, of course, she had a very successful running career in college – first at Dartmouth, and ending at Oregon. (Pssst: the “pony” to Alexi’s “bun” at Oregon, Jordan Hasay, was just featured on We Got Goals. Check the episode out here) 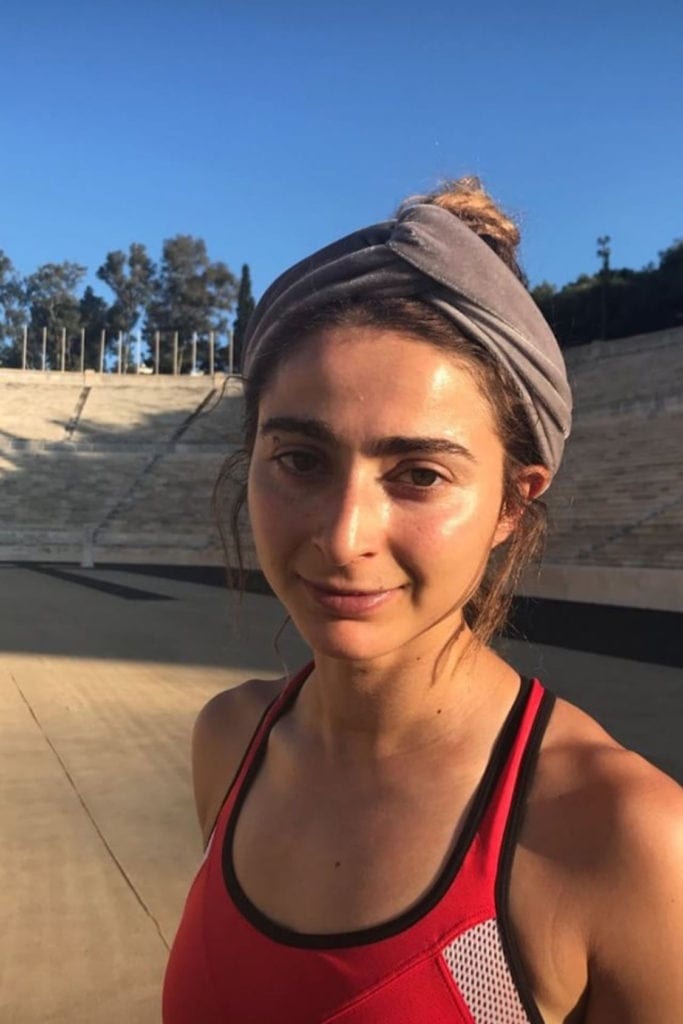 Friends of mine know I’m a huge Alexi Pappas fan. We’re the same age, but I find myself looking up to her. Her genuine nature makes her approachable; her ability to redefine what it means to be an athlete and a creative makes her an icon. Pappas balances her strength, confidence and humility like a seasoned acrobat; she talks about the journey and pain it takes to get to her goals as much as she talks about achieving and celebrating them. As a filmmaker, she’s starred in Tracktown and created one of the best vlogs in the game. If you’re into reading, you can also check out her Book Club Track Club collaboration.

My own Twitter timeline is filled with Alexi Pappas retweets (sometimes more than my own tweets) in hopes that they will inspire others as much as they inspire me. If you aren’t on Twitter or you don’t follow Pappas, don’t worry – I’ve rounded up a few of my favorites here. Whether you are striving to beat your marathon PR or run your very first 5K, here are some of her words to help you chase your next big goal.

nerves are cousin to excitement

tough is an adventure

On goals and goal-setting:

write down your goals
commit yourself full
surround yourself with those
who make you feel whole
eat lots of steak
& when you feel, cake
on the start line
pretend that you’re fine
smile through pain
sleep/miles matter the same
be kind to yourself
& value your health https://t.co/Sv5oDlXghe

headed to the moon
not now
but soon

like a middle school crush, i think about my goals more often than id like to admit

be as kind to yourself as you are hard on yourself

before bed decide tomorrow will be great
.
it is national eating disorder awareness week – part of chasing our dreams is facing obstacles. some easier & some more serious than others but all important. a bravey knows to ask for help. a bravey is kind to his/herself. a bravey can. pic.twitter.com/qh2LoxU1vr

[PS – Pappas’ fan base includes a lot of young high school track and cross country runners, and it’s no secret this demographic is very susceptible to eating disorders. Pappas handles the topic with grace, and so does Lauren Fleshman.]

no nots
only not yet

good thing i didn’t accomplish all my goals yet because then what would i do tomorrow.