#Sweatworking Goes to The Bar Method Twice in August 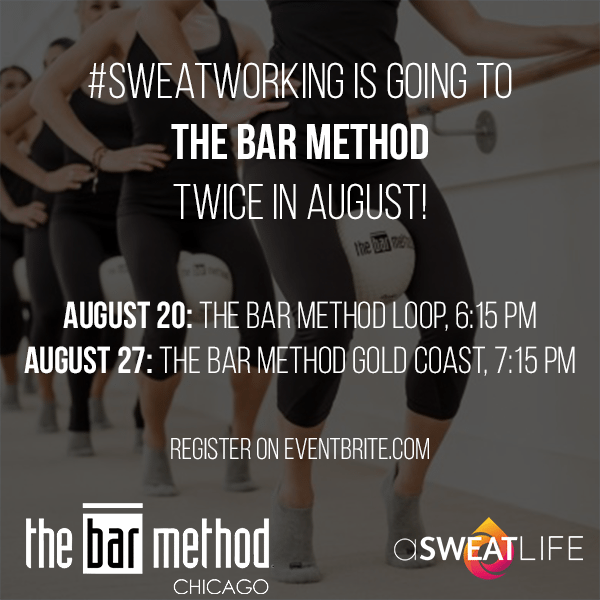 In August, we’re giving you two chances to join us for #Sweatworking at The Bar Method, where students are lengthened and strengthened using The Bar Method’s time-tested, ballet-dancer-body-building approach to fitness.

There’s a lot to love about The Bar Method. The first time I visited one of the Chicago locations (I tried out Lakeview in the early days when aSweatLife was still FabFitChicago) and this is what I loved: 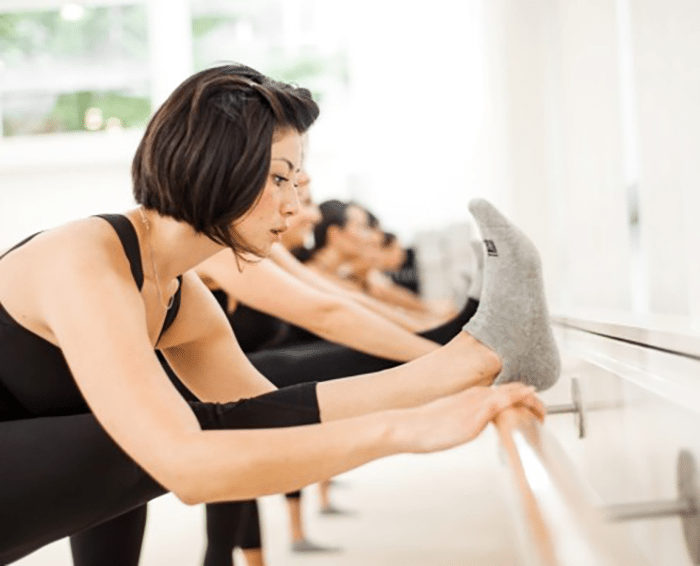 Here’s everything you need to know about #Sweatworking in August:

Each month, asweatlife.com hosts #Sweatworking events at gyms and studios across the city. This August, we’re working with The Bar Method to host #Sweatworking twice, once in the Loop (August 20 at 6:15pm) and once in the Gold Coast neighborhood (August 27 at 7:15pm).

Why? The best kind of friends are sweaty friends!

Will we see you there?