Here’s What Happens When You Train Outside All Winter

For most of us, the shift into winter is hard.  The hours of daylight feel non-existent when you spend most of them indoors behind the artificial light of your computer monitor. When we think about moments spent outdoors, we think about trying not to slip on poorly shoveled sidewalks while our hands turn to stone and our lungs hurt from being filled with ice-air. 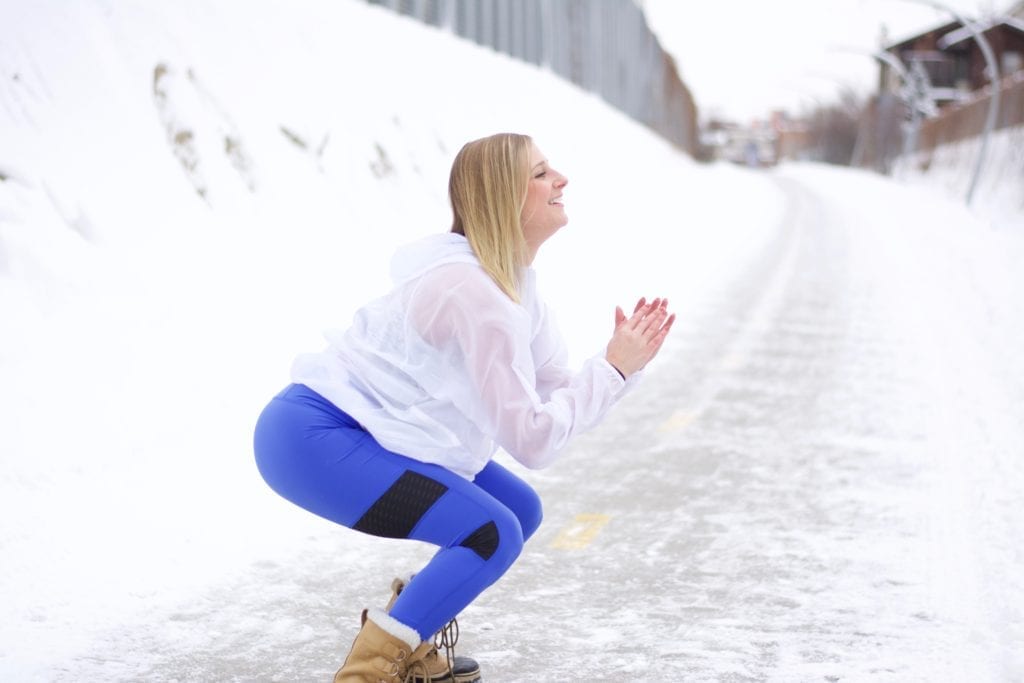 What if we flip that narrative? What if we recognize that training in winter is different than summer, but that we still have control over it?

How training outside during winter sparked my joy

Last winter, I committed to staying outside through winter. First, I set a goal to run 50 miles in the first two weeks of January. Do you remember January 2018 in Chicago? The number of days below zero was ridiculous. Instead of trying to force my usual routine of fitness before or after work, I created the time in my work schedule to run at lunch, where a little bit of sun might warm the temperatures up to 8 degrees. In the photos of me post-run, layered between two buffs, a hat, and a pair of colorless sunglasses, I noticed smiles way bigger than photos after my summer-humidity runs. By finding a goal that forced me outside when the sun was still out, I was combatting the blues from the darkness that winter brings and sparking a joy I didn’t know I was going to find.

Throughout those first two weeks of the year, I learned that – when dressed properly – being active outside in winter wasn’t nearly as bad as the rest of being outside in winter. I learned how to not over-bundle because of how much I would warm up after a half mile or so. Even the frigid fingertips that I associated with every moment of outdoor wintertime would become non-existent while being active. For so long, when the only extreme weather I ran in was hot and humid, I thought being active made it worse, but in winter being active actually eases the cold immensely.

The other big bonus of training outside? The community I found

For all of the “this-isn’t-so-bad” moments I discovered last winter, the absolute best thing I discovered was winter’s impact on community. Friends I’d casually run with from time-to-time became people I depended on to hold me accountable to getting out there, and who pushed me to run distances I didn’t know I was capable of. Once I realized I could run outside without it being as cold as I expected, I didn’t skip November Project workouts for the warmth of bed anymore. By starting my day by getting outside with others, I learned not only how gorgeous a winter sunrise is, but that the people who show up to outdoor workouts in winter are the most supportive, incredible friends I’d make through fitness.

Having people I was accountable to meant that I didn’t skip nearly as many workouts, and I felt physically and mentally better. At one point, I remember remarking to someone how friendly every runner I passed on the trail was as almost everyone I ran by said hello or offered a high five. The community becomes quick to recognize that we need each other to keep going when everyone else is home in bed, and training in winter flips a switch inside all of us that makes us want to help others just a little bit more.

Ready to get out and try? Don’t just go for one winter workout. Set a goal to run an ambitious number of miles, or promise yourself you’ll show up to at least six outdoor workouts. The first couple of hours spent finding outdoor fitness in winter are probably going to be hard, but as soon as it grows your winter grinch heart, you’ll find yourself craving more.