The curious link between exercising and drinking: 2 studies dig in 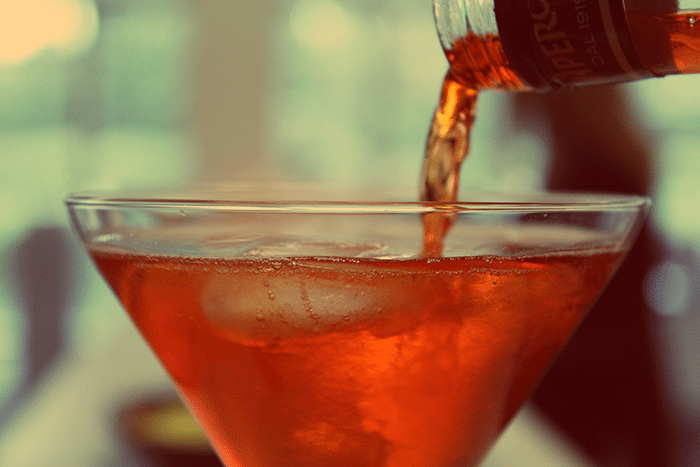 “Come on, ladies! Earn that cocktail,” the instructor said during a Friday evening workout class a few weeks ago. As I continued jumping up into the air, flopping down into a plank and pushing myself back up, I wondered how the instructor had read my mind. And because I was doing burpees — the most strenuous activity I had forced my body to endure all week — I thought decidedly that I’d earned three.

Exercising and drinking alcohol are closely linked behaviors for many people. Sports teams and gym buddies alike celebrate wins and lament defeats with a collegial beer. Sunday morning yoga classes followed by bloody marys is a personal ritual I relish. Despite this apparent connection, researchers have often disputed the exact relationship between exercise and alcohol consumption.

Does engaging in physical activity encourage people do drink? Or does drinking encourage people to work out? According to The New York Times, findings from a pair of new studies suggest the two may influence each other, and furthermore, the relationship between exercise and alcohol consumption may be positive.

Previous studies that aimed to untangle the relationship between exercising and drinking failed to identify how and the extent to which these two behaviors impact one another. Also, they largely relied on self-reported data and recalled descriptions of exercise and drinking behavior over the course of a year, for example, which is probably unreliable, according to NYT.

To acquire a deeper understanding of the interplay between drinking and sweating, researchers from Pennsylvania State University sought data from a representative group of 150 adult men and women age 18 to 75 who were already enrolled in an ongoing longitudinal study at the university.

According to NYT, the Penn State researchers had each of the volunteers fill out extensive questionnaires about their lifestyles. The volunteers also downloaded a smartphone app that was used to record a day’s drinking and exercise activities. Each evening, the app automatically sent a daily report to the scientists. The volunteers used the app for 21 consecutive days three times over the course of a year.

After collating all of the data, the researchers discovered an unequivocal correlation between exercising and drinking on any given day, especially if someone had engaged in more exercise than usual: “People drank more than usual on the same days they engaged in more physical activity than usual,” the researchers wrote in their report, which was recently published Health Psychology journal. This correlation persisted throughout all seasons of the year and across both male and female volunteers of all ages.

Importantly, the data did not show that exercise incited or worsened a dangerous drinking habit. In fact, only once did any of the volunteers report heavy drinking, which the researchers defined as consuming more than four drinks in succession for a woman and five for a man, according to the report.

Although this study demonstrated people drink more when they workout more, it didn’t provide any insight into why. That’s what drove a group of study authors to review prior experiments that involved rodents, exercise and ethanol.

The review, led by J. Leigh Leasure, PhD, an associate professor at the University of Houston, showed that both exercise and alcohol increase activity in parts of rodents’ brains related to reward processing, according to NYT.

Certain aspects of reward processing related to exercise while others related to drinking, which could explain why, if given the opportunity, the animals engaged in both running and consuming ethanol; the neurological high that results from engaging in both activities appears to last longer than when either activity is performed alone, according to NYT.

The buzz we get from working out might prompt us — subconsciously — to intensify and prolong that sensation with a beer or cocktail. However, humans are not rodents, and subsequently our behavior is more complicated. People likely link exercise to alcohol for other reasons, too. For instance, according to Dr. Leasure, many people exercise to burn off the excess calories alcohol adds to their diets. In that case, drinking motivates the exercise behavior.

The social attributes of both drinking and exercising, especially team sports or group fitness classes, can also encourage people to take their bonding to the bar. The reward of alcohol might serve as motivation for more reluctant exercisers, according to Dr. Leasure.

Although the study shows that exercise encourages some people to drink, it doesn’t indicate that exercise might drive moderate drinkers to drink in excess, according to NYT. At the same time, it is good to be aware of how the two intersect.

After reviewing the findings detailed by NYT, I was able to identify each of the elements that link exercise to drinking to my own life. After many workouts — especially high energy, high intensity ones — I am more inclined to follow the “my body is a temple” road to a smoothie than the road to a vodka tonic. However, there are definitely days where I can’t think of anything more rewarding that coming home from the gym, taking a hot shower and sipping on a glass (or two) of wine. And of course, the post rec-league volleyball game bar gatherings make for great team bonding.

The connection between drinking and exercise — as the article evidences — exists on some level, though everyone demonstrates the behaviors in different ways and to different extents. A key takeaway can be this: exercising is inherently healthy while alcohol, though fine in conservative amounts, is generally not healthy. Being aware of how the two behaviors may influence one another in our own lives can help us examine how we can control our behaviors to improve our overall health.