The Positive Presence of Negative Ions 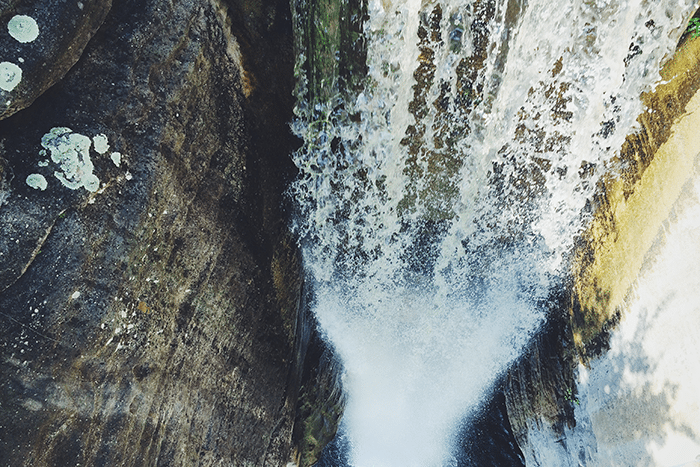 I took in a deep breath, of the salty, humid, coastal air, a contrast to the drier air we breathe in Quito. Perhaps most satisfying about my deep inhalation was the freshness that filled my lungs; I’d grown accustomed to it, more or less, but the pollution expelled by the city buses isn’t ideal for deepening one’s sense of health and well-being, especially during a run, which is what I had just finished with my great friends Alli and Charles.

Since arriving at the beach, I felt … quite zen, as we often do in a space away from work demands … and the distraction of social media and email and reality TV. Even though I hadn’t slept super soundly the night before, I still awoke feeling energized, having spent the night listening to the sound of the waves crashing against the shoreline right outside of our open door.

As Charles, Alli and I walked back towards the beach house, we talked above the sound of the ocean. Charles turned his attention away from the water towards Alli and me. “Do you know that oceans produce negative ions?” he asked. I shook my head. These didn’t sound like something I wanted to encounter in abundance, but Charles continued with “Negative ions help boost your mood. You find them in natural settings, especially by waterfalls.” We chatted a bit more about negative ions, which are paradoxically (or perplexingly??) better for you than positive ions. Charles had piqued my interest enough to do further research upon our return to Quito.

Before I give you the lowdown on exactly what studies say about the benefits of negative ions and the environments in which they are most plentiful, let’s get jiggy with some science.

How you feel in the face of negative ions

Positive, actually. Generally less stressed, even less depressed. Why? Okay, back to science for just a second: When negative ions enter your bloodstream, they “are believed to produce biochemical reactions that increase levels of the mood chemical serotonin” reports WebMD. Essentially, according to Pierce J. Howard, director of research at the Center for Applied Cognitive Sciences in Charlotte, N.C. “negative ions increase the flow of oxygen to the brain; resulting in higher alertness, decreased drowsiness, and more mental energy.”

After reading about these golden girls of the molecule world, I scoured the web to discover the places where they are bountiful, especially after learning of positive ions’ presence in pollution.

So where do you find these friendly ions?

Author of The Primal Blueprint, and blog Mark’s Daily Apple, Mark Sisson corroborates Charles’ knowledge as Sisson writes that the ocean and waterfalls are indeed places to soak up negative ions. These being a bit hard to access living in the Midwest, or most other locales, especially in the midst of winter, Sisson also notes that negative ions abound in gardens, on hiking paths and, most promisingly, in the shower. Keeping water conservation in mind, I think from time to time you can use this as cause to extend your bath time a bit longer, breathing in a few more minutes of the steamy, negative-ion-mist-filled goodness.

And, akin to taking supplements if you just aren’t getting enough of what you need from your diet (calcium for those of us who are averse to dairy, for example), there are air ionizers that will purify the air in your classroom, home or office. An article in Nutrition Review, as well as other sources, support the use of such devices as they do prove “to eliminate airborne pollutants, dust, cigarette smoke, pet dander, pollen, mold spores, viruses, and bacteria from the air,” bolstering the amount of negative ions you are inhaling in the places where you spend most time.

Many of us have perused articles in recent years, touting the benefits of being in nature. Having a keener understanding of some of the science may help convince your boss to extend your lunch hour so you can stretch your legs at the nearby park, or stick your nose in the flower shop. Perhaps this newfound knowledge informs your thoughts for the next trip that you plan. This gives me cause to ponder if I’ll really be a city girl for life … and for now, keeps me climbing more mountains, if I needed further reason.