What I Wish I’d Known Before I Graduated High School

Graduation season is upon us.  We know this because Hallmark tells us it’s Dads and Grads time.  (What would we do without Hallmark?)

June is bittersweet for me as my daughter is graduating from high school.  I’m excited for her to experience college, but I will miss her terribly.

The world was such a different place when I finished high school over 30 years ago.

My mom prepared me to live away from home by teaching me to do my own laundry many years prior, as well as how to cook.  While that readied me for college and the world on a small, practical level, there were other things I wish my parents/school/others had told me so I would be better prepared for the world on my own.

I decided to ask people from different parts of my life what advice they wish they’d gotten when they graduated high school and got some great responses to weave in with my own thoughts. 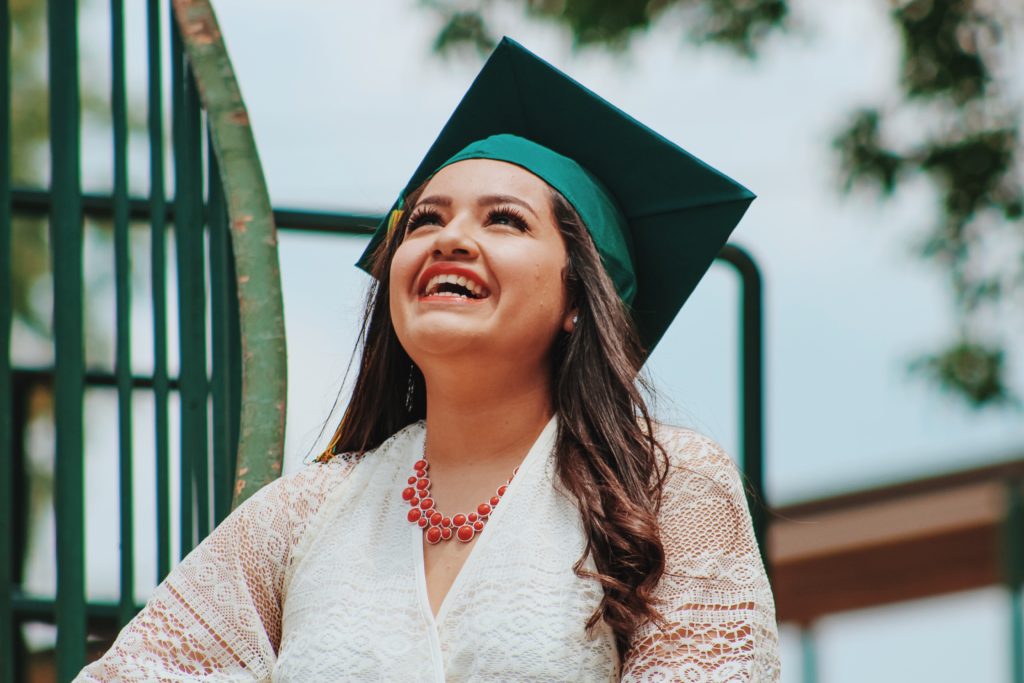 The World is Bigger Than Your High School

My two children are both in high school, so I hear about drama on a pretty regular basis.  I tell them that all that will change when they go to college, but when you’re in the thick of it, it’s hard to imagine it will ever change.

And yet, a great thing that happens after graduation is that there are no cliques in college.  You find “your people” there.

“The world is bigger than your town/high school and [I wish I had known that] that any of the drama or being popular in high school didn’t have a damn thing to do with a successful and happy life,” said Kelly.

Ruth adds, “You can reinvent yourself in college.  Be the person you wanted to be in high school.”

While I had mostly good friends in high school, there were times I was teased for wearing fake designer jeans because my parents couldn’t afford the brand name ones.  I wish I would have known that that changes after 12th grade.

“High school is a fraction of your life. Being empathetic in high school and understanding differences is not easy, but it is never wrong, it will serve you well in life,” said Denise.

Due to hormones and insecurities, most teens don’t feel very good about themselves. I was definitely one of them.

Eva said, “I wish I would have known that I was awesome and been more self-assured.”  Right on!!

Aside from physical insecurities and the resulting self-confidence, it is scary to graduate high school and move forward with your life and the world.  You stress about everything – am I choosing the right major? Am I choosing the right college?  What if I don’t want to go to college right away, or at all?

“I wish someone had whispered in my ear and said “spoiler alert, it’s all going to turn out just fine,” said Caroline.

Start to Get Ready for Your Future — Financially

My husband and I have tried to teach our kids about saving and spending.  We got them debit cards when the time was right to start teaching responsibility.  Sadly, that is just the tip of the iceberg.

While a lot of ground is certainly covered in high school to prepare you for college – learning how to write properly, do math and problem solve, there is not a lot of teaching about real-world finances.

“I wish I learned about budgeting, debt, and how to balance a checkbook,” Melanie said.

In that same vein, Marc pointed out how “it would have been great to have taken a course on credit cards and credit.”

Instead, you are basically thrown into the deep end to learn by yourself after you are done school.  Some get the hang of it early; others really suffer and make bad decisions that could affect them for decades. New graduates would be well-served with a crash course in personal finances, either from a parent or a family friend who’s money-savvy.

Our kids know the world is their oyster; They should dream big and believe that they can do anything they set their minds to.

But choosing a career can be overwhelming.  How can 18-year-olds truly know what they want to do in the job world for the rest of their lives?  Personally, I knew I wanted to be in the communications field, but I had no idea what form that would take.

“You can make a living doing what you love… It is important to love going to work every day,” explained Jill.

Another great point that would have been great to know after high school, instead of ten years later, is “it isn’t how hard you work, it’s more who you know. Connections and networking are huge,” said Tom.

In high school and college, they mention and introduce you to networking, but it’s important to know going in that the value of networking should not be taken for granted.

And while my friends and I were mostly going through the motions of aimlessly starting college because we thought it was the path we should follow, we never stood back and took a look at the big picture.

“The end of high school marks the end of your childhood years.  Now it’s time to grow up, take responsibility, and do your part to make your little part of the world a better place.”  Nailed it, Kerry.