There are few things we like more than seeing people talk about what they’re passionate about. This series on aSweatLife featuring various inspiring individuals sharing goals they’re proud of and goals they’re working towards leads to that very kind of conversation.

Hearing Kimberley Stedman’s journey to create and constantly innovate the F^3 Half Marathon, naturally evolved into questions about her own personal running background and where she’s headed in 2017. 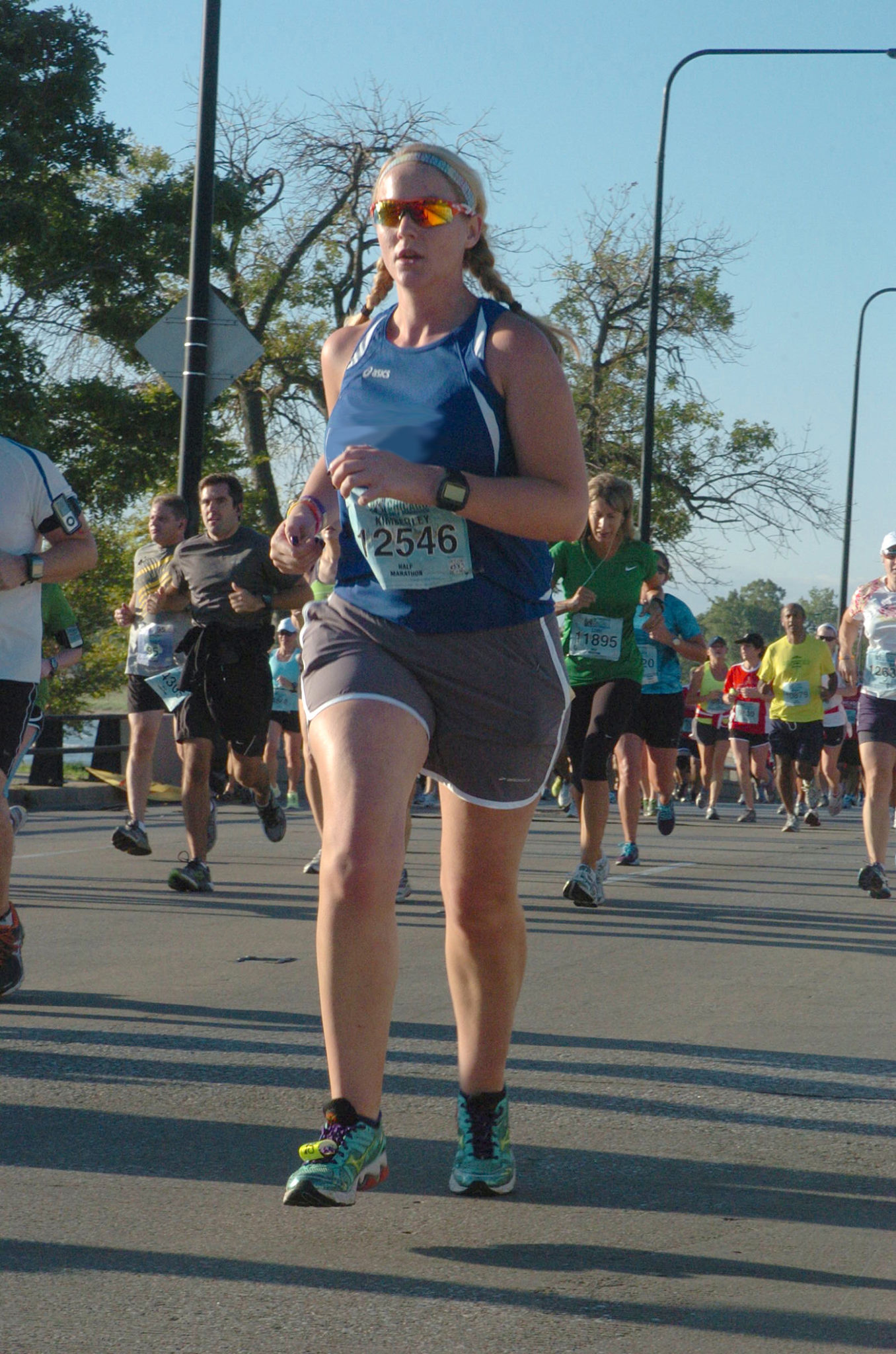 After setting some personal records a few years ago, Kimberley was a little sidetracked on her pursuit to continue improving her times. In recent years, increased responsibility as she grew the F^3 Lake Half Marathon and a full-time job with Citibank kept her pretty busy. In 2016, Kimberley was proud to be back on track, working towards her own personal fitness goals.

“Last year I made improvements and got half back to where I was,” Kimberley recalled. “Over the year I improved my 5K time by like six minutes and half marathon time by like half an hour.”

I’m no runner, but I know that shaving seconds off a pace time is worthy of celebration. Minutes is downright amazing.

Because she’s not producing other races and her sole focus in event production was the F^3 Lake Half Marathon this year, she can dedicate the rest of her free time in 2017 on her own personal goals. To build on the momentum she created last year, Kimberley has already signed up for three huge races.

“Given that I don’t have a race to produce this summer I can focus on me. I have registered for a half Ironman. I’ve done a sprint, but that’s going to be crazy. And I’m doing Berlin and Chicago marathons,” she said.

With a community of runners and triathletes all around – accomplishing jaw-dropping feats of endurance and strength every day of the week before most of the world has gotten out of bed won’t feel like much of a challenge.

“These goals are going to force me out there to stick with the training and consistency,” She said.

But Kimberley’s 2017 goals aren’t all as rigorous as Ironman training. She also kicked off the New Year with a bucket list mentality versus traditional resolutions.

“My sister and I did 17 resolutions for 2017,” Kimberley told me. “Some of them are really easy, like one of my sister’s is to get a pedicure because she’s never done it before. And one of mine is to do the Pedway Walking Tour because I always get lost,” she said.

Want to marvel at Kimberley’s goals in action? You can still sign up for the F^3 Lake Half Marathon this weekend.