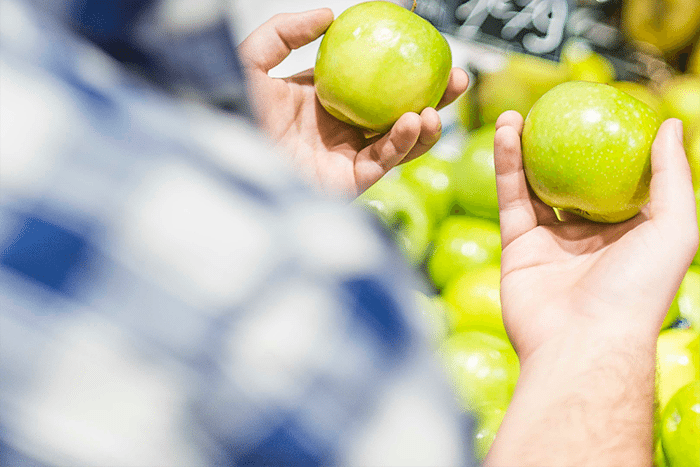 We’ve all been there, shopping in the produce section of your local grocery store, seeking out the perfect squash for your summer pasta. Suddenly you spot that elusive 15 inch squash, and just shake your head. Obviously, that monstrosity of a squash has been genetically modified. As you grab the more modestly-sized squash, and smile to yourself knowing you just made the healthy choice, you start to wonder what exactly are GMOs and why do you have this inherent feeling they are bad for you? And wait, are they actually bad for you or just getting a bad rep?

Let’s start from the beginning, a GMO or genetically modified organism is an organism that had its DNA altered or modified in some way through genetic engineering (more here). Sounds scary right? Well, in some cases it is – like when scientists in China injected pig embryos with DNA from a jellyfish giving the world glow-in-the-dark piglets. However, GMOs can be very helpful too. The two most widely used genetically altered crops carry a bacteria that kill insects that eat it and make crops resistant to weed killers; and, for the record, 90 percent of corn, soybeans and cotton grown in the United States is genetically modified.

Have you ever been to a Chipotle in the loop on a Friday? If the answer is yes, then you’ve experienced the never ending line and have read basically everything on their walls to keep you entertained. I’m sure you’ve noticed their “G-M-Over It” slogan. But why are GMOs so hated on? Some believe GMOs harm the environment – that the insect-killing crops may reduce the number of key insects and offset the homeostasis of the environment. Others believe eating GMOs may be harmful. But what does the research support?

According to the National Academies of Sciences, Engineering and Medicine reported on by NBC News, not only are GMOs safe, they are actually good for the environment and you. And boy did they do their research. “The committee delved into the relevant literature, heard from 80 diverse speakers and read more than 700 comments from members of the public to broaden its understanding of issues surrounding GE crops”. Here’s what they found:

GMOs can be found in unlikely places: soft drinks, cereal, breads, sandwich meats and even condiments. Often the end products aren’t required to be labeled. However, with the current research you can be confident that GMOs you consume aren’t hurting you or harming the environment.

What’s your take? Do you trust the research? Are you confident in the safety of GMOs?