The Most Popular Sport You’ve Never Heard Of 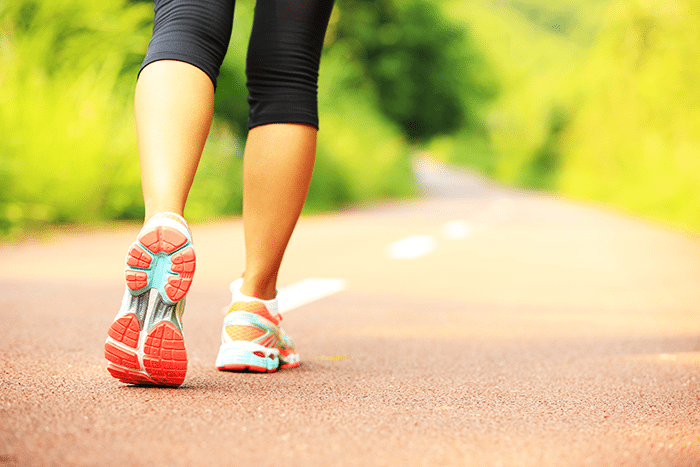 What would you say if I told you that you’ve never heard of the most popular sport in America from 1874 to1888? That it was something so popular that it made front page of The New York Times, and yet, you probably couldn’t imagine feigning interest?

Pedestrianism was a multi-day walking and running event that began in 1860 when Edward Payson Weston made a bet that Abraham Lincoln would lose the Presidential election. As punishment for losing the bet, he had to walk from Boston to the capitol in Washington D.C. to attend Lincoln’s inauguration in 10 days. The distance from Boston to D.C. is just shy of 500 miles, which would mean he’d have to walk nearly 50 miles per day in a time before paved roads. The bet was crazy. In the end, Weston missed the inauguration by about three hours, but the walk started an incredible craze. Weston became not just a famous athlete but a household name.

As Weston trekked along on his first walk, people across the country were following his progress in newspapers. His journey was front page news in The New York Times. After the initial walk, Weston began to make a career of it. For his next stunt, he walked from Maine to Chicago for a prize of $10,000. In every city, he was greeted by thousands of people. Although today, flocking to see someone walk through town seems dull, this was interesting to people. In fact, it was the most exciting thing of their life when he would come to town. His charisma and likeability, in addition to this incredible feat, drew people to Weston.

After his Maine-to-Chicago walk, Weston brought his act indoors. He began setting up walks at various roller rinks, which were popular at the time, and attempted to walk 100 miles in 24 hours. After nearly 40 tries, he was successful. Eventually, he had it down to a science and was able to go further than that. He began completed indoor walks on a track that was eight laps to a mile.

After he perfected the 24-hour walk, Weston’s next stunt was to go 500 miles in six days. Weston was a very religious man, and refused to walk on Sundays, so the the longest time he could walk continuously was six days. He figured 500 miles would be a good performance in six days, so this became his next attempt. After about six tries until he finally succeeded, again on an eight-lap-to-a-mile track, indoors, for six days straight.

At this point, Weston was beyond famous. He was the Michael Jordan of his day drawing huge crowds. They would pack fifty-thousand people into Madison Square Garden to watch him. Importantly, there was a lot of gambling going on. They would make bets on whether he’d make a specific distance in a set amount of time, and so he’d make a lot of money at each race as well.

Eventually a competitor emerged: Dan O’Leary, an Irish immigrant from Chicago. O’Leary challenged Weston to six-day race and beat him, at the location in Chicago where Harpo Studios is now located. In that race, O’Leary demolished Weston, putting him to shame, and becoming the top celebrity in pedestrianism. Weston escaped his embarrassment by moving to Europe. O’Leary stayed in the United States growing with the sport.

Eventually, the six-day race evolved into running and the glamour of pedestrianism wore off, becoming largely forgotten. In small segments of the population, like Olympic Racewalking and multiday ultrarunning, pedestrianism is alive and well. Just maybe not on the front page of the New York Times.

Interested in learning more? Check out Pedestrianism: When Watching People Walk Was America’s Favorite Spectator Sport by Matthew Algeo and King of the Peds by Paul Marshall.

[A big thanks to Greg Salvesen for sharing the history of pedestrianism with us!]