Why You Should Take a Solo Trip

When you tell people you’re traveling alone, you typically get one of two reactions. The most common is slightly confused, slightly pitying, accompanied by “Oh, could you not find anyone to go with you?” The second, slightly rarer reaction: total jealousy, with a “I’m SO jealous — but I could never take a trip by myself.”

Actually, you definitely can. And more importantly, you should.

Taking a solo trip (especially as a woman) is often regarded as the pinnacle of independence and, in our always-connected society, kind of an oddball thing to do. After all, isn’t everything better with friends? Won’t you get bored without anyone else around? Who will read directions while you try to drive through an unfamiliar neighborhood? (Siri, but you get the picture)

As an independent mostly-introvert, I’ve always wanted to take a trip by myself, but the stars only aligned for me to do it this past month. After spending four days alone in the beautiful San Diego, I can say with 100 percent certainty that it’s an experience I’ll repeat as soon as I can. Here’s why you, too, should take a solo trip (even if you’re an extrovert).

Too often when I travel with other people, I find myself acting as the cruise director of the trip and incredibly wrapped up in THEIR experience. Are they having enough fun? Did they like the restaurant I chose enough? Did they think that “must-do” tourist trap was a waste of money? I worry too much about everyone else and ignore the fact that I’m run down after a full day or would really rather not spend $50 to go to the zoo.

On my own, I was free to ignore everyone else’s advice and do what felt right to me in the moment. That meant skipping the world-famous San Diego Zoo in favor of a long run (in which, yes, I got lost multiple times), and taking a day to spend a cloudy afternoon in my hotel room without worrying about missing out on an activity or wasting someone’s time. My freedom allowed me to spend an hour in a succulent-filled, sunlit shop browsing crystals and candles without stressing about getting to Coronado. It meant going to the same ice cream shop two nights in a row because I was just that obsessed. 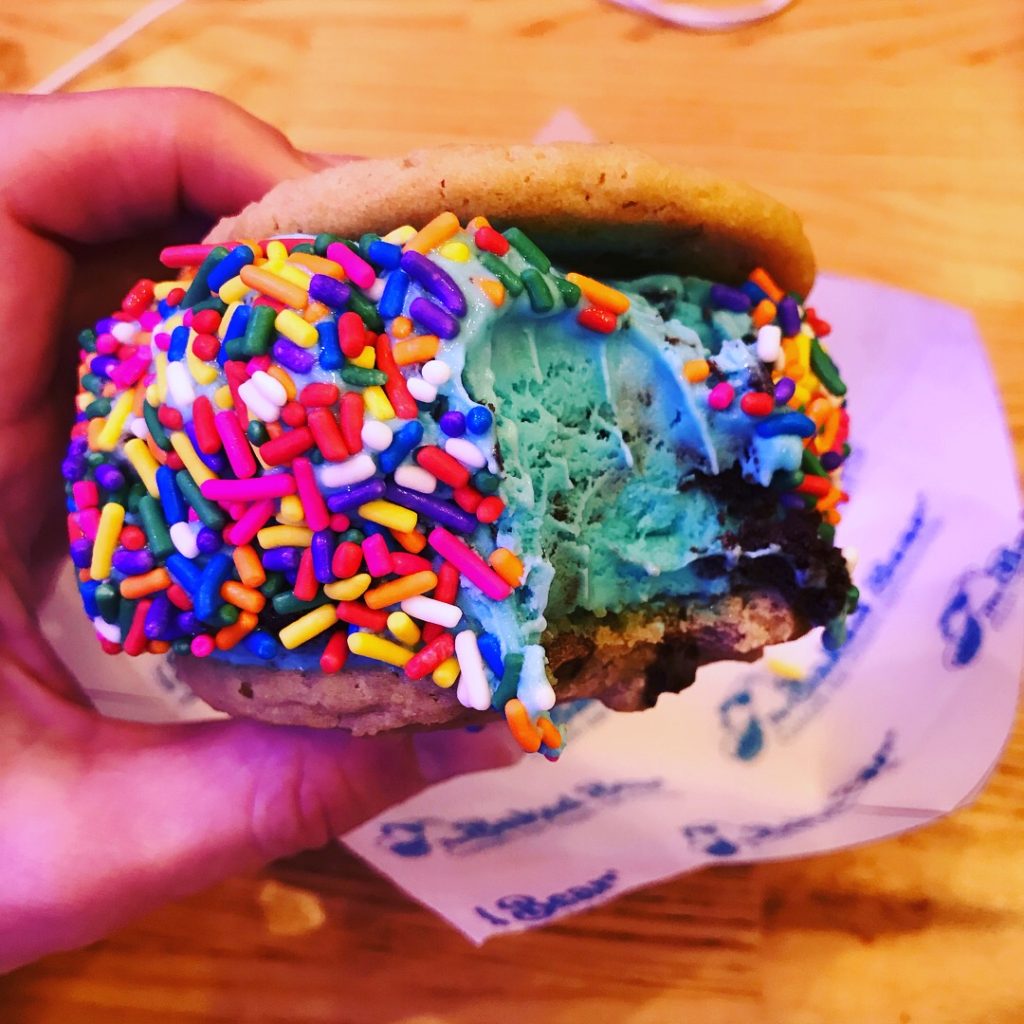 Honestly, traveling solo was a complete luxury and totally restorative — exactly what I was looking for out of the trip.

Because if you wait for a travel buddy, you might not ever visit that bucket list destination

It’s an unavoidable fact that as we get older, our outer obligations stack up — work, family, kids, financial commitments, and more all prevent us from coordinating trips with our favorite travel companions.

Still, that’s no reason to stay home indefinitely. Would I have loved to have gone to San Diego with my family, my boyfriend, or some girlfriends? Of course. But just in case our schedules never align, I’m glad to know I’ve already crossed it off my personal travel bucket list.

Because it’s good to practice being alone

I am a person who generally enjoys being alone (maybe too much), but even I was a little wary of all the solo meals I was about to embark on. I kind of hated the thought of saying “Yep, just me” to the hostesses and telling the waiters nope, no one else would be joining me this evening.

As I probably should have expected, it turns out no one cares that you’re eating alone as much as you do. I always had a book with me to keep me company, but I also tried to spend a few minutes just looking around and enjoying the scenery (and my mouth-watering pizza) without  using technology as a crutch to make me look busy and important.

I still believe that #EverythingIsBetterWithFriends, but a solo trip helped remind me that spending a few days by yourself can be just as rewarding.

Because it forces you out of your comfort zone

For most people, the above translates into being alone, because most people have a combo fear/hatred of being in public alone. For me, this translated into renting and driving a car.

My hatred of rental cars is a weird quirk that I probably should have outgrown by now, but I truly despise the entire process. Also, after selling my car when I moved to Chicago seven years ago, driving isn’t a totally intuitive process for me anymore. Add that to the fact that my dad has drilled in me an extreme sense of caution when dealing with ANY type of insurance or potential disaster, and I’m kind of a mental wreck when I walk up to the rental counter.

But it was important to me to be able to hike Torrey Pines in San Diego, and renting a car just made the most sense. And so to that end, I reluctantly made a Hotwire reservation and tried (and failed) to understand the benefits I get with my travel credit card.

I was still a little more tense during the rental and driving times than I would like, but I’m weirdly proud that I handled this minor adult task without asking my travel partner to cover it (as is my normal MO). Without anyone else to share responsibilities, you might surprise yourself with what you can do on your own.

Because it’s only as “solo” as you make it

You might enter a solo trip with one of two mindsets. Maybe you’ve had a jam-packed season and you’re looking to recharge and unplug (weird how those two words are kind of opposites but used together so often, right? But, I digress). In that case, a few days with limited human interaction might let your socializing bucket fill right back up to the top, ready for action when you land back in your home city.

Or, maybe you’re more of an explorer who loves to find and talk to new people. If that sounds like you, traveling solo is actually much more conducive to making new friends because you’re way more approachable on your own than you are in a group. It’s as simple as sitting at the bar and striking up a conversation with the person next to you, or asking someone who looks like a local where a good spot for coffee is. You may be traveling solo, but that doesn’t mean you have to be alone 24/7.

Have you ever been on a solo trip? What tips would you give to a first-time solo traveler?

1 thought on “Why You Should Take a Solo Trip”