#WeGotGoals: How This First-Time Marathoner Balanced Professional and Personal Goals 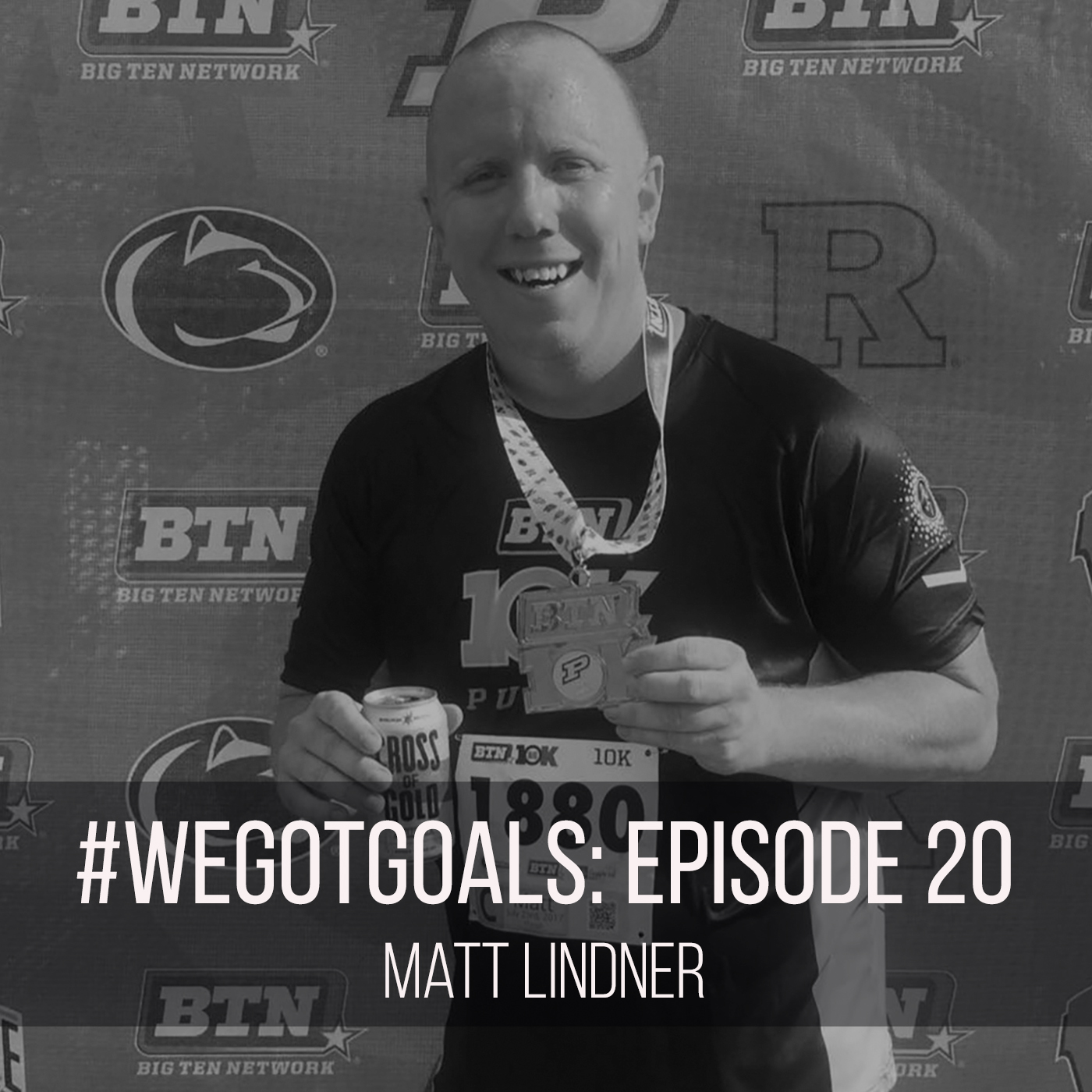 Sometimes in journalism, you ask leading questions – that is, a question that you kind of already know the answer to, or one where you’re trying to get the subject to give a certain response. (Don’t worry, it’s less nefarious than it sounds.)

When interviewing Matt Lindner, a digital content writer and well-known freelance Chicago sports writer, about his experience training for his first marathon, I did just that.

“But marathon training wasn’t your first foray into running, right?” I asked conspiratorially. I sat back in my wooden chair and waited for Matt to respond with an anecdote from his high school cross country days, fully expecting him to expound on the differences in running as a 17-year-old versus as a 34-year-old man with a full-time day job.

Instead, Matt launched into a story about his past career as a Milwaukee Brewers racing sausage, and I learned my first podcasting lesson: interview subjects are unpredictable. Noted.

But in talking with Matt, I learned about more than just the distance requirements for mascot footraces. As a full-time digital content writer with a long-term freelancing side hustle, Matt is no stranger to working hard.

“If you’re not pitching editors, you’re not working,” he summed up succinctly (as I shivered in my seat, woefully aware of the career change I had recently made).

However, as he ramped up his training for the Chicago Marathon, Matt made a deliberate choice to cut back on his freelancing side hustle so that his training wouldn’t get pushed to the side – a difficult choice, considering the importance most people place on career and professional drive. This, despite the pride he felt at writing pieces that landed in the Chicago Tribune or on ESPN.com.

And as to what drove him to sign up for the marathon in the first place? The chance to help sick kids by raising money for Open Heart Magic, but also something much more personally vulnerable.

“Self-loathing, honestly,” he replied when I asked him about it. Rituals of frozen pizza and beer made Matt feel like it was time to build some healthier habits. And so on New Year’s Day, he laced up his sneakers and hit the lakefront path for his first training run en route to running this year’s Chicago Marathon.

Want to hear more about racing sausages, marathon training through the view of a first timer and how one person balances professional and training goals? Listen to Matt’s episode here, and be sure to rate and review #WeGotGoals on iTunes.