The quest for balance is relentless. It’s a constant theme from the interviews we’ve been conducting, asking inspiring individuals what goals they accomplished in 2016 and what they’re working on in 2017. It seems as though balance is part of the answer for what goal he or she is working on – not the answer for the goal achieved. And maybe there’s something to that. Balance itself may be an unattainable goal, but the quest for it is a valuable experience that teaches us a little something more about ourselves along the way.

For Courtney Enright, Director of Yoga at Studio Three, balance in 2017 will be all about personal growth, getting back to her roots as a yoga student and deepening her practice within the yoga community in Chicago.

At the beginning of last year, Courtney journeyed into the role of Director of Yoga as Studio Three opened its doors; she spent the full year immersed in that role, building the program in a beautiful space with amazing instructors into a cohesive schedule with differentiated programming to fit all of the community’s yoga needs.

“Prior to moving to Chicago, I owned a small yoga studio in California so I knew I wanted to get back to teaching (when I moved here),” Courtney said. “At Studio Three, I do a lot of the instruction, program creation … almost everything. I wear a lot of hats under one roof. It’s been a year and three months now and it’s just taking off, which is really cool, to be a part of a start-up – especially a yoga start-up.” 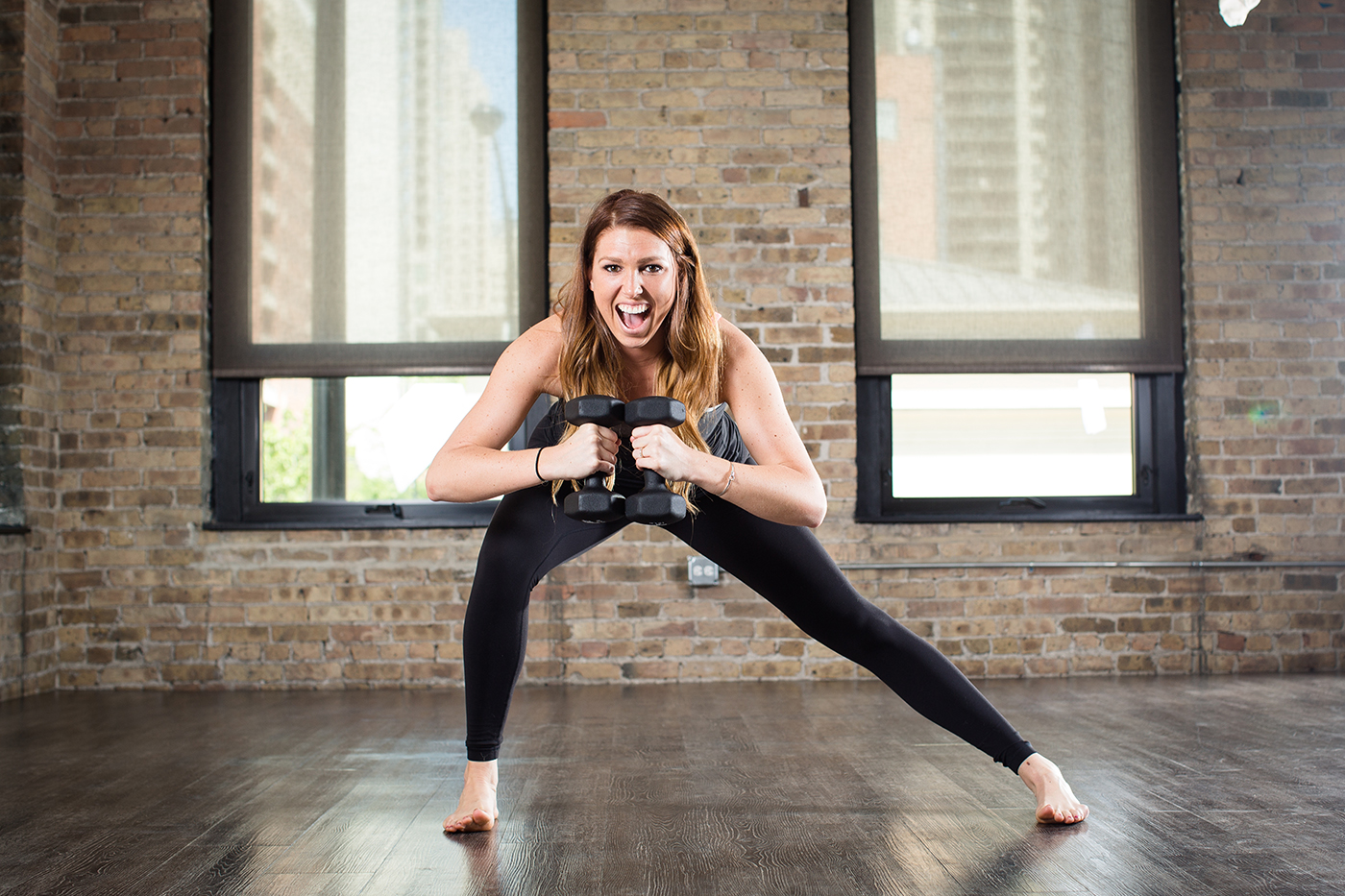 With her sole focus in helping yoga at Studio Three succeed, that’s where Courtney placed all her 2016 goals – a space, as she reflects, she’s more than happy to invest so much time and energy in.

“I was getting this opportunity and platform to bring my ideas and, hopefully, my positive programming and creativity to Chicago,” Courtney said. “It’s me presenting myself for what I can offer to the city and how I can help this program grow. It’s a business I feel incredibly lucky to walk into every single day.”

Studio Three presents a unique opportunity to reach yogis and athletes alike, a community that resonates well with Courtney.

“I always liked working with athletes in yoga,” she told me. “In California my husband trained a lot of different types of athletes, amateurs and pros, and I would ask if they would come to my studio to do deep stretch. This opportunity is a different community than a lot of the yoga studios in the city. It is an athletic community.”

If you’ve never been to Studio Three, the three levels represent interval classes in the basement, Peloton cycling on the main floor and yoga upstairs. Those who normally gravitate towards high intensity and cardio workouts can easily access yoga upstairs where they might (and maybe accidentally) find not only the physical but the mental benefits yoga has to offer.

“As any yoga instructor would say, the benefits of yoga has changed my life,” Courtney said. “And now I have a platform where I can bring that to other people. So hopefully that’s working. I love, love, love my job.”

As is thematic for so many of our interviewees, Courtney described the ebb and flow of balance in different areas of her life as she reflected on 2016, determining how that would impact where she’s headed in 2017.

“So in 2017, I’ll come back more to my own personal growth. I feel pretty solid in my shoes here right now and how this program is doing. I’d like to get some continuing education hours to come back to the practice of living my yoga and honing in on things [I want to know even more about] and continuing to make sure I dedicate time to that.”

Because it’s true, you can only focus on so much. After a year of building a program for everyone else to experience and love, Courtney wants to dive back into education for herself and her own personal growth plan. And that means getting out into the community to learn and grow with all her yoga colleagues and peers.

“I live across the street which makes my life pretty easy but I want to get to a bunch of other studios in Chicago and get to know the community in different places; we’re supposed to grow together and build this community together. Let’s all work together to get more yogis across the city! So whether it’s once a week or every couple weeks, I want to make sure I’m staying relevant with what’s going on.”

And finally, in conjunction with growing personally in her field of education, Courtney too wants to reconnect with those around the country and the world by holding herself accountable to make concerted efforts regularly to get in touch.

“I’ve lived across the country and have connections around the world,” she said. “And a personal goal of mine is to maintain those connections. I’m holding myself accountable by saying this. I hate shooting text messages. I want a phone call, you know, every couple weeks. So I’m reaching out to people that I may have been disconnected to for a while to bring them back into my circle.”