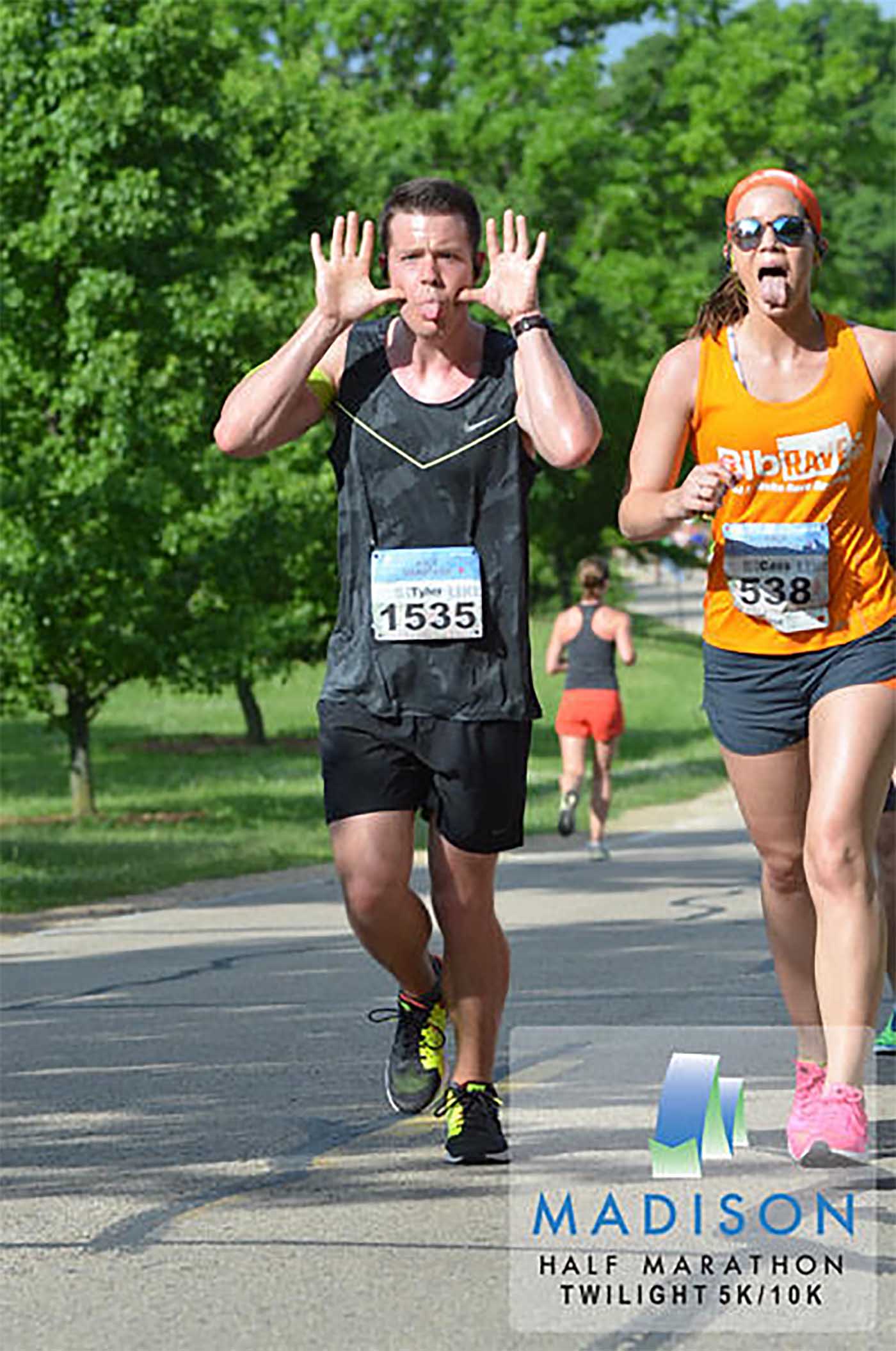 (Photo Courtesy of the Madison Half Marathon)

Perhaps the greatest satisfaction we feel at aSweatLife is when we have inspired others. Whether that means pushing you to try something new at #Sweatworking, giving you the courage to take a leap and tackle a challenge or introducing you to a new vacation spot to explore, it excites us when we can aid you in being your best self. Often times, that love of inspiration overflows into our personal lives, and there’s probably no better example than Cass and her boyfriend, Tyler Ziebel. A well-documented marathon rockstar in her own right, Cass encouraged Tyler to tackle this year’s Chicago Marathon. With less than a week to go until the big day, we sat down to talk inspiration, unconventional meals, and what it’s like running your first marathon with the help of an ASL all-star.

aSweatLife: What has been the journey that led you to run the Chicago Marathon?

Tyler Ziebel: I’ve always been a sports junkie growing up. I played soccer as a kid, and football, track and basketball in high school. However, none of those sports ever required me to run more than a mile at a time. In college, I focused on the weight room, and that continued for some time out of college. I quickly realized that lifting weights didn’t mean I was in shape, or in the best shape that I wanted to be in. That doesn’t mean that I came to running of my own volition. I was conned into it by Cass.

About a week and a half into dating, Cass told me she had free entry into the Illinois Half Marathon. I was 24 and “in shape” and thought it sounded easy enough. Plus, I didn’t want to look like a wimp and turn her down. I figured if she could do it. I could do it, so I agreed to it. I only had two weeks so I bought running shoes and did two training runs with her – a 6-miler and an attempted 10-miler. We ran it and it was the hardest thing I’ve ever done in my life, but I finished and didn’t walk, so I figured I had become a runner.

Cass has continued to push me to run since. Every time she does something – she’ll run a marathon or something – and I think now I have to do that. I think it’s a healthy competition between us. She’s much better than I am, but it definitely pushes me to push myself as hard as I can too.

ASL: What is your inspiration for this Marathon?

TZ: Myself. You can’t do it if your heart isn’t there. If you sign up and don’t really want to run it for yourself, you won’t put the time in to train. When you run five times a week, that can’t come from someone else.

Don’t get me wrong, Cass can fuel me a little bit and make me want to push harder, but at the end of the day I’m running it because I want to challenge myself. It’s the culmination of three months worth of hard work. 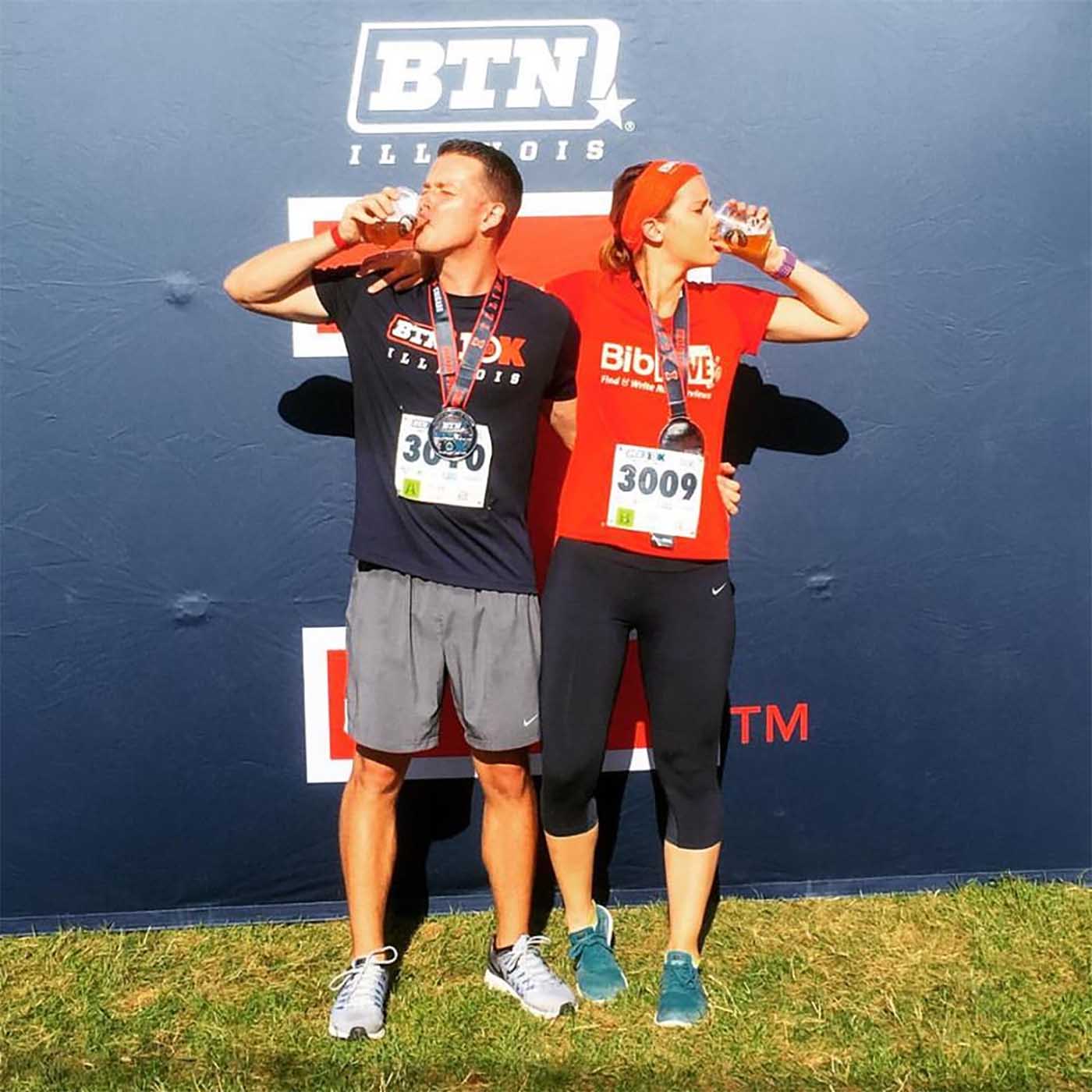 ASL: Why did you choose to run your first marathon in Chicago?

TZ: I grew up around here. I’ve been a spectator before and doing it anywhere else wouldn’t feel right. Everyone talks about how it’s such a great marathon and it runs right by where live, so having friends and family and people supporting me and fellow Chicagoans lining the streets will motivate me and push me.

ASL: Do you have any goals for the marathon?

TZ: The first one is tough. Being the first one, I don’t know what to expect. I can’t really say how I’ll feel or what will happen. I know how I felt in my first half marathon, and after running a few more I realized I didn’t know what the hell I was doing in the first one. If you look at the splits on my first half marathon, they were all over the place. I think they had a two minute deviation. If I had to put a number on it – if I could break 4 hours, I’d be ecstatic. But being the first one, given a lot of the obstacles I’ve had to go through with training, crossing the finish line is enough for me.

ASL: What training plan have you used to train for the marathon?

TZ: I did the Hal Higdon intermediate plan. I’d also add that training has forced me, more than any other sport ever has, to get to know my body and how it works. Religiously following a training plan down to the T is tough. Sometimes I had to take a rest day or skip a run. It’s forced me to address my deficiencies from a physical standpoint. For example, I am brutally not flexible. I learned that I had to address that or I knew I wouldn’t finish. The same goes for good running form. If there is a weakness, distance running forces you to tackle it head on.

TZ: I don’t think I could just run and stay completely sane. I like to sneak out at lunch and lift for 45 minutes a couple days a week. Sometimes that’s an active recovery day, where I just foam roll for 45 minutes straight, or do active or static stretching. I’ve gotten hurt a few times during training, and Arrosti has been instrumental in helping me address some stabilizing muscle issues and work with me on hip strength.

ASL: What injuries have you dealt with and how did you come back?

TZ: What injuries haven’t I dealt with? I think I’ve had a standing 8 am Friday appointment with Casey at Arrosti every week of training. She’s manipulated the soft tissue in my feet and shins while I’m lying on the table screaming. It’s been a lot of soft tissue stuff. Nothing that will kill you, but stuff that makes you listen to your body and take some rest.

ASL: What are your favorite ways to recover?

TZ: Ice baths. I took an ice bath after a long day of golfing last weekend. I’ve spent more money on bags of ice this summer than when I was in college. 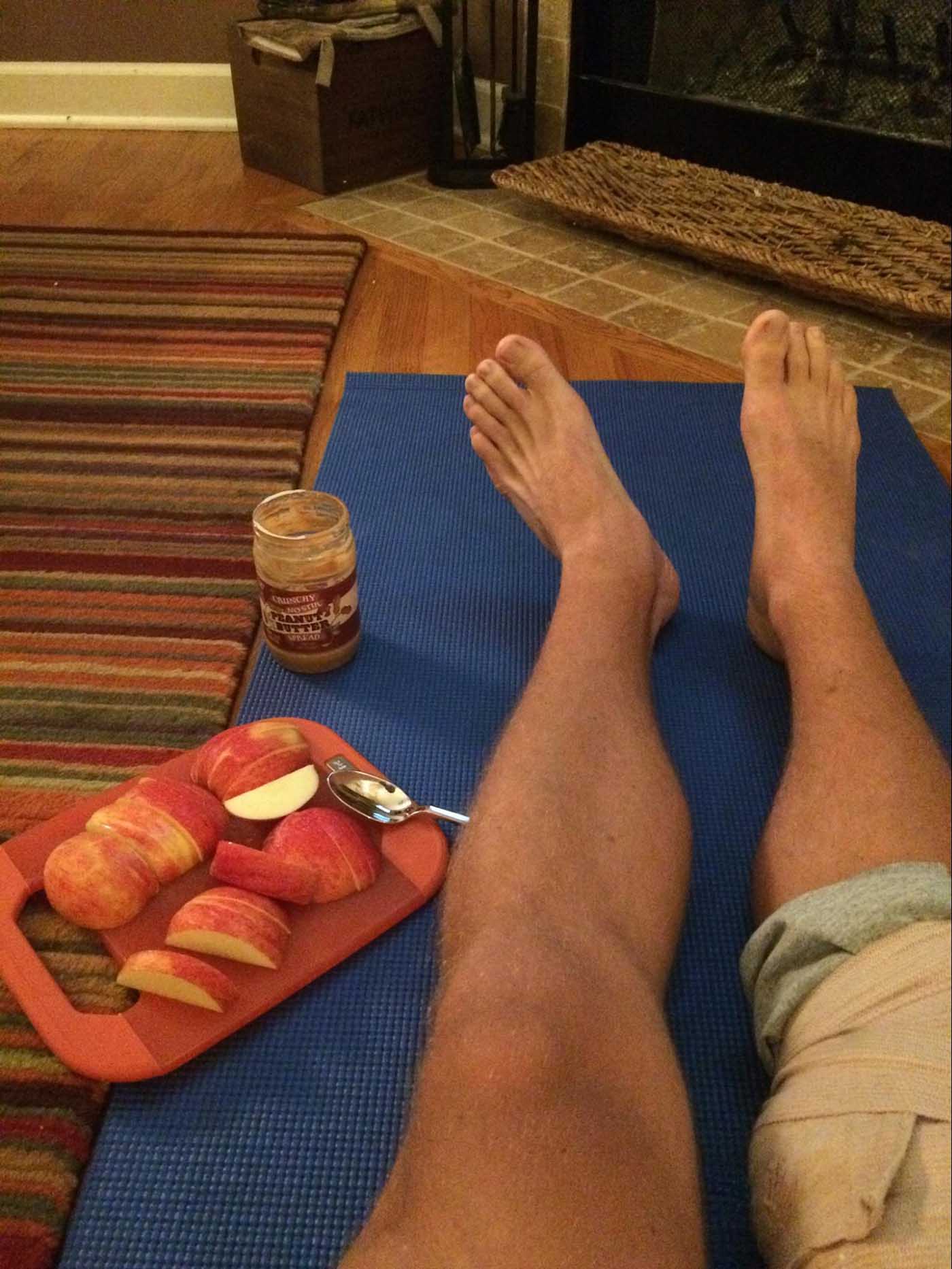 ASL: What is your favorite thing to eat after a long training run?

TZ: After a long run, I need to take 30 minutes and just lay on my floor on a yoga mat. I don’t drink or eat anything. I may have a branched chain amino acid recovery drink to help with muscle endurance. Then I’ll follow that with a swig of pickle juice. Then I won’t eat for a little bit because I’m not hungry after I run. My go-to is peanut butter with apples or celery.

ASL: What do you like to listen to when you run?

TZ: I love any sports podcast over two hours. I like the sound of people talking. Barstool Sports is a favorite.

ASL: What have you learned about yourself in training for the Marathon?

TZ: As physical of an endeavor that training for a marathon is, I don’t think that’s the hard part of marathon training. I think the toughest part of doing something like this is just getting out and doing it. It’s tough. I’m not a morning person. I don’t like to get up and run.

Ninety percent of my runs came after work or midday or in the evening on a Sunday, which always wasn’t the best idea in the dead heat of summer. There was one day – I had a 14-miler and I woke up kind of late and decided to go out. It was the hottest day of the summer in Chicago; the heat index was 110. I was kicking myself for waiting that long, and getting home I think I stopped every single mile and I thought I was going to die. But walking in the door I felt happy to be alive and pretty accomplished that I got up and did it. I think it’s really easy on days like that to say it’s too hot out; I’m not going to do it. But if you get out, force yourself just show up, then that’s your battle right there.

On race day, be sure to track Tyler’s progress using the ChiMarathon2016 app and cheer him on. Bonus points if you bring a small child to give him a high five. We hear that bringing Marathon excitement to kids is one of his favorite things!

Check out our other Marathoners to Watch: