Rules to Live by From Four Years of aSweatLife

Here at aSweatLife, we like to take joy in the small things, but I realized recently that I let a major milestone pass without uttering a peep. We turned four in July.

Like every four-year-old, we’re learning every day, but some lessons are bigger than others. Those lessons have become the values that team aSweatLife holds dear and we thought that now would be the best time to share our rules to live by.

We’re not here to tell you how to live, but if any of our lessons can help you in life and in fitness, our late nights, early mornings and goody bag stuffing haven’t been for naught.

Rule 1: Everything is better with friends.

For the first year or two, I was rolling solo. Stubbornness and fierce independence can take you only so far. When you’ve hit your limit, things stop being fun. At just about the moment when I felt the harsh reality of brick wall against noggin, I got an email from Kristen Geil. I’d never met her, but she offered to help. I met her at my favorite Starbucks and things got exponentially more fun from that point forward and the team just kept growing. 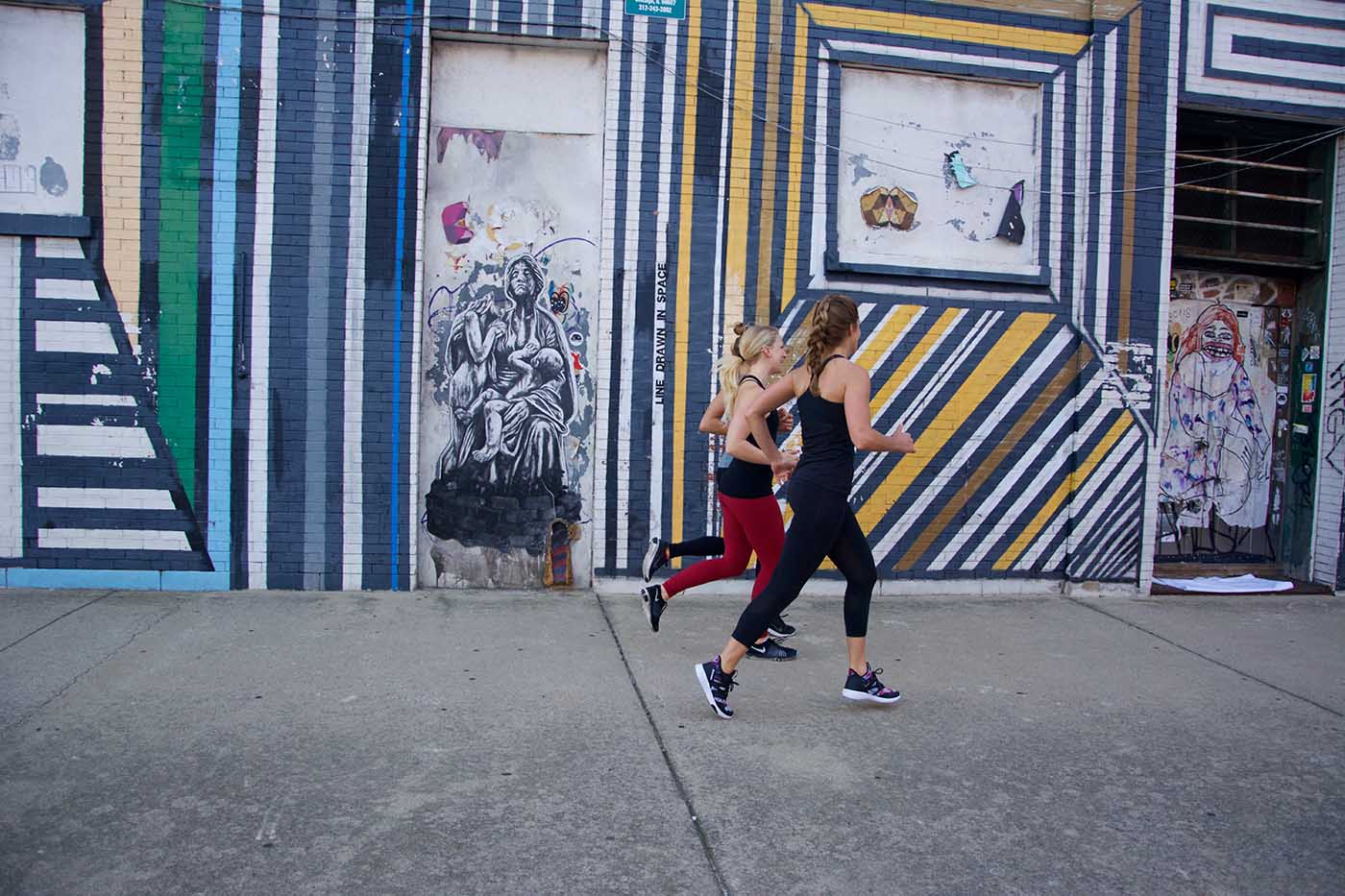 Rule 2: If it’s worth doing, it’s probably outside of your comfort zone

Fear is the body’s way of preparing you for something dangerous, new or different. Most of the time in this modern world, what we perceive as dangerous would be just a mild stressor to our cave-dwelling ancestors who had real shit to deal with. What you do with your stress, discomfort or fear is up to you.

Every time we’ve done something to expand the team, I’ve gotten uncomfortable, lost sleep and remembered where my body puts stress pimples.

On my chin. The answer is on my chin.

But if we stopped just because I was two deep breaths shy of a panic attack, I’d still be rating classes with hearts by myself in a Starbucks (if you understand that reference, thank you for reading all of these years).

When you’re pushing yourself and coming up against the border of what’s comfy, how do you handle it? Do you assess the risk and take on a challenge or turn and walk away? Whether it’s a box jump or a job you only feel a little bit qualified for, assess the challenge, allow yourself to figure things out as you go and live a little.

And remember, if you learned a lesson (and didn’t hurt yourself or anyone else), it wasn’t a bad decision.

Rule 3: Before you say something, is it necessary and is it kind?

Early on, we made a choice to omit negative coverage from asweatlife.com. That’s not because we love everything and it’s not because we inflate our content to be positive. We adhere to this rule because we don’t see the point of publishing something that isn’t going to help anyone.

This way, you know what we talk about is truly something we loved.

And outside of these walls, we truly believe that if it doesn’t need to be said or if it doesn’t help anyone, just keep it to yourself.

That doesn’t mean that we ignore the ugliness in the world. But there’s a big difference between saying something to stand up for something or someone and being the person spouting ugliness.

Translation: don’t say ugly things on the Internet to get clicks, likes or attention. That’s some inescapable karma.

Rule 4: You get only one swear word, so choose it wisely.

If you’ve been paying attention, you may have noticed that there’s never more than one swear word in a post. That serves a specific purpose, or at least I like to believe that.

Sometimes swear words can be a crutch, sometimes they’re ugly and sometimes they’re the perfect word to emphasize exactly what we’re going through. We make our writers stick to one or less because when we drop a swear, it’s because we meant it. Because things were hard or hilarious or we needed a moment of levity while we were feeling all the feels.

Whatever. There’s only one.

Rule 5: There enough success to go around

There’s a feeling that can come over us when confronted with the feeling that someone else has or is chasing what you want: that the other person’s success is your failure. And generally, unless you’re competing for the exact same role, contract or prize, that’s just not true.

When you start to compare yourself to someone else and evaluate your life based on what you see in someone else’s news feed, stop. Comparison is the thief of joy and your life is a petri dish of uniqueness. Your world is different from your friends’ worlds. You career path is different than your friend from college. Your goals are different. All you can do is be the best you and push yourself each day to get better.

It can be lonely and challenging to do something that’s different from what your peer group is doing, but it doesn’t have to be.

Whether you’re just traveling a lot for work, deciding to have a child before any of your friends, deciding never to have a child, you’re late on a deadline or you’re chasing a dream, if you don’t ask for help, no one will know what you need. That’s especially true if your friends, family or peers aren’t intimately familiar with your situation.

Explain what you’re going through, express how your friend can help and remind them that sometimes just lending an ear is the ultimate gift.

Thanks for letting us test things out, have fun, build a team, get sweaty and make lots of important mistakes over these four (plus) years. When in doubt, refer to rule one.