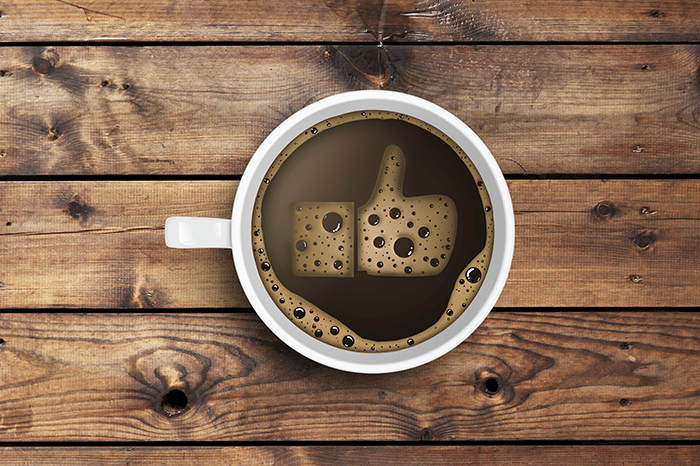 If my relationship with social media were to be defined, we’d fall squarely into “it’s complicated.”

I started my career doing social media for brands. What does that mean? Don’t ask my relatives – they’re still not quite sure. They usually just throw together a grab-bag of the following words, “tweet,” “Internet,” “website” and “Facebook.”

The short version: I wrote words and came up with ideas that clients got to say, “yes” or “no” to using on their social media channels. When they said, “Yes!” I got to do some really cool stuff that other people with large budgets covered. I accumulated some hotel points, racked up some airline miles and worked some late nights.

I used to be the first person to talk about the power of social media.

But from those years of experience, I learned to temper my love of social media by adding some caveats. When people use social media for good, amazing things can happen. Community can form. People come together in real life. Dialogue can take place. Or people can just express that they all love the same car. Whatever it is, they are united, and we know that everything is better with friends.

But there’s a weird thing that happens when you put a screen and an “Internet” between two people. They’re still two people using their respective devices, but for some reason, it’s a lot easier for some people to say whatever they want about someone or something else. It gets a lot worse when that someone is famous, accomplished or an athlete.

“Pretty, but I wish she’d shut up.” This is a real comment I saw over and over on a celebrity’s Facebook page as I was researching this, which is messed up for a million reasons.

Why is it so easy to be mean online? How Stuff Works quoted a study by Gardner, stating that “The root, it seems, may lie deep within the human psyche. The majority of communication is non-verbal, composed of body language, eye contact, speech tone and language patterns. Without this information to help us process and categorize information, our minds are left to sort through the uncertain. And, thanks to a leftover prehistoric penchant for fight or flight, being unsure about another person’s intent often creates a negative reaction to a perceived threat.”

This is so present in sports. Athletes, on their very best days – think triple-doubles – are dealing with hashtags that start with #ihate and on their worst days are being told that they let their families, cities and teams down.

There are little glimpses of this all across the cyber world. When a person, famous or not, does or says something that another person doesn’t like on the Internet, there’s a tendency to forget his or her humanity. Rather than assuming that a person has a different set of opinions and experiences, made a mistake or had some sort of external force impacting him or her, the tendency is to jump to one of the following sets of conclusions:

The issue of women degrading each other and themselves is undeniably very present across social media.

Dove and Twitter took a look at the issue of trolling on Twitter in 2014 and found that, according to Huffington Post, “eight out of 10 women have seen negative comments about other women’s looks on social media. And four out of every five negative tweets about beauty and body image are written by women critiquing themselves.”

When social media can be that troll-free utopia we thought it would be is when we don’t think about others as “avatars” and instead remember that they’re humans.

aSweatLife has what I’ve called a strict “Thumper Rule” in place, calling on the memory of Bambi’s lovable Rabbit friend who said, “If you don’t have something nice to say, don’t say anything at all,” but it’s much more complicated than that. People can benefit from disagreeing and people can benefit from others’ experiences and sometimes those words are uncomfortable.

Uncomfortable words can be said in a respectful way that benefits others.

Is posting about the possibility that someone has lip-fillers going to benefit anyone? Is questioning someone’s benign parenting choice going to make anyone a better parent? Do you feel better after you post it?

There’s not a lot of research about how a person feels after posting something negative about someone else on social media, but there’s a clear parallel between catharsis and negative posting on social media. According to studies on aggressive catharsis, “Venting aggression does not appear to reduce future aggression. In fact, it might actually make a person angrier. Studies have demonstrated that expressing anger created more anger or hostility when compared to groups that were not permitted to express anger.”

We forget sometimes when we use social media why we’re doing it. Yes, maybe we did just connect with a brand to get a coupon for peanut butter cups. They were delicious. But the baseline reason why we’re using social media is to be connected to other humans, to see how they’re doing and to watch their lives unfold. To talk to our high school classmates and congratulate them when their children are born. To connect with our grandparents who like every single status we ever post if we’re lucky enough to still have grandparents. Or let your parents see a glimpse of your life whenever they want even though you may be more than a few hours away. When you think about that, this technology is pretty remarkable and we’re fortunate to have access to it as long as we can manage not to mess it up.

There’s an inherent choice that you must make. Choose to engage respectfully – everyone will be better for that choice, including you. The universe is big. Our lives are short. Enjoy the ride and post about it all along the way.