This weekend, the Bank of America Shamrock Shuffle will kick off Chicago’s official running season. With the race, another important season begins: charity racing.

Across the city, races will be run for charities that aid runners’ various causes, which we’ll highlight throughout Chicago’s running season. In Chicago’s far west side – West Garfield Park – one very special place will benefit from this weekend’s Shamrock Shuffle: Off the Street Club. 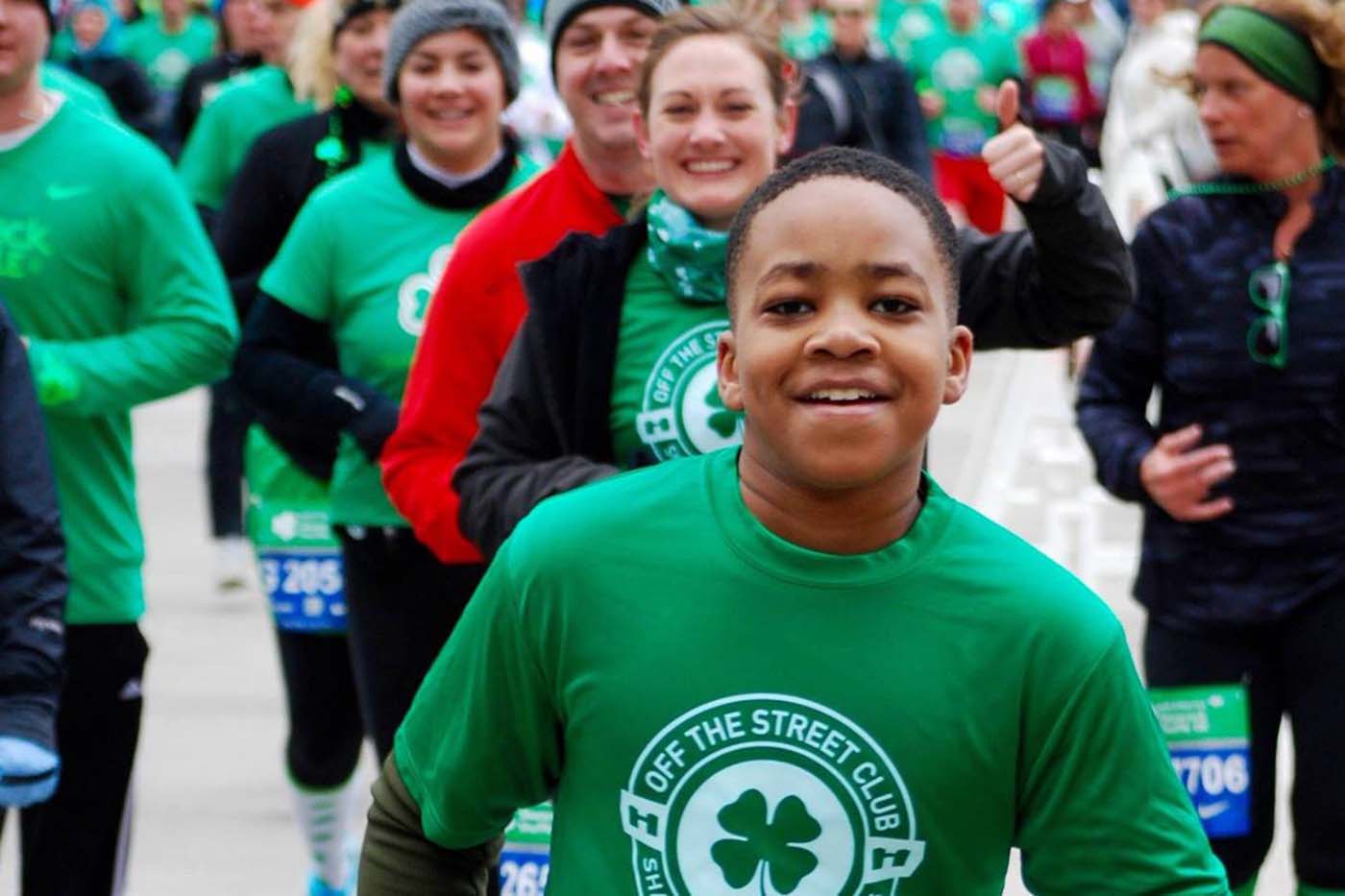 Off the Street Club serves children in a violent neighborhood with a place they can play, study and just be kids.

Club members are able to be active in a full gymnasium, bustling with the activity from jump ropes, to basketball games, or sit off to the side to play checkers or Connect Four.

Walking off of the school bus in West Garfield Park, adults are greeted by children who hug, they don’t shake hands. I started to stop to try to learn each kid’s name when I heard a shout of “Keep moving, Jeana.”

Apparently, the hugs would keep coming and trying to learn a hundred kids’ names in one night was an impossible feat.

Inside the gymnasium, kids waited for the adults with excitement that was palpable. Before I could understand what was really happening, a little girl grabbed my hand and asked if I’d like to jump rope.

So began my evening with a very special little second grade girl who throughout the evening explained that she liked reading and science and found peace in yoga at school because it was “nice and quiet and helped her to calm down.” After roller skating around the club’s roller rink, she showed me the computer lab where she works on her reading – and I must say, she was an excellent reader.

The club gives kids the opportunity to act like kids – the experience of casual joy, as the club calls it. Off The Street Club takes that gift and the responsibilities that come with it seriously. In order to keep each and every child safe, it asks all children in the club to take a pledge not to join gangs. The children uphold that pledge religiously. Breaking it results in losing club privileges, including a coveted spot at the club’s summer camp.

As the race season and the summer approach, fundraisers who support the club shift their gaze to the summer camp, which gets children out of the city in the warmer and more violent months.

Key fundraising events – including the Shamrock Shuffle and The Firefly Ball aid in sending more children to camp. And dozens of adults will take steps – many of them – during the shuffle’s 8k.

To learn more about the club, the children it helps and how you can work with them visit its website. You can also donate to the Off The Street Club’s Shamrock Shuffle Team here.