What Happened When I Turned Off My Data for Three Weeks 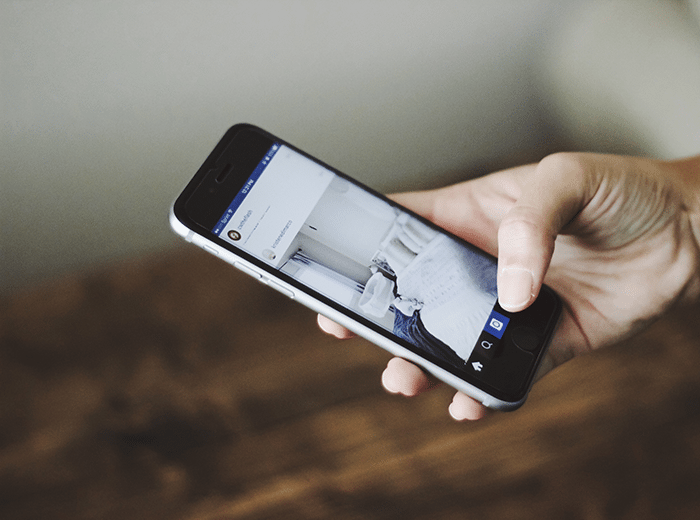 It happened at around 9:30 am on a Saturday morning. I left a SWEAT Chicago class, dripping appropriately with sweat, and grabbed my phone to see a text message from an unrecognized, incredibly long string of numbers: “Warning: You have hit 90% of your data usage for the month. Your cycle ends on May 18th.”

After a panicked phone call to Verizon to confirm that nope, this was not an error, and another less panicked, more contrite call to my dad to confirm that yes, I am an idiot and didn’t realize listening to podcasts used data unless I downloaded them over WiFi, I defeatedly scrolled through my settings and turned off cellular data for every single thing on my phone. With nearly three weeks left in my billing cycle, how was I going to function?

While at the time of this posting, I still technically have a few days left before I officially make it to the 18th without going over my data, I have learned a few things while living like a first world cave person. Here’s what I discovered about turning my data off for a few weeks.

It’s amazing. What a time to be alive.

Before, I spent my morning commute scrolling through the deep in a zombie-like glazed state, waking up with a start when the conductor informed me that we were at Clark and Lake. Now, I listen to my (previously downloaded) podcasts and select playlists, and actually take the time to think about what the rest of my day looks like. It’s not quite meditation, but it’s definitely more Zen than what I had been doing.

It’s also kind of nice to look up once in awhile. We tend to forget it during the morning slog, but Chicago is actually a pretty gorgeous city, especially this time of year when it’s light early and late. Take a look next time it’s sunny out (which to be fair, who knows when that will be with how the weather’s been lately) and see what I mean.

And I wasn’t just imagining it either: one Kent University study showed that frequent cell phone use in students caused anxiety, depression and lower grade. Another study by Forbes showed that many of us feel jealous, depressed and even annoyed after checking our phones. Not surprising, considering that it’s all too easy to compare your life to others’ glamorous, perfectly filtered online personas.

I Was More Considerate

Without any reason to check my phone when killing time in public, I could give my full attention to whoever I was with. I could focus on our conversation without constantly wondering what tweets I was missing or whether I should Instagram that picture of my dad’s puppy, even though the picture was a few weeks old. No asking people to repeat themselves, no zoning out and having to nod and pretend like I knew what was going on. Call me old-fashioned, but it felt pretty good just to do one thing at a time.

I Was More Productive

We may pride ourselves on being great multitaskers (seriously, in how many job interviews have you used that trait to describe yourself?), but actually, multitasking isn’t that productive. The brain switching between tasks stimulates the brain, which feels good, but isn’t actually that helpful for whatever you’re trying to accomplish. No data on my phone meant I could actually keep my mind on the task at hand, and finish it way quick than if I responded to every Instagram notification on my phone.

Ultimately, having no data on my phone for a couple weeks wasn’t a huge inconvenience (except when I needed to Uber home after a night out). And even when my billing cycle starts again, I may keep data turned off on my social media apps so that I can continue being mindful of where I am, what I’m doing, and how I’m treating the people around me. Now, excuse me, but do you know the WiFi password here?