Sucking in to fit in? Think again about ‘waist trainers’ — and the celebrities who endorse them 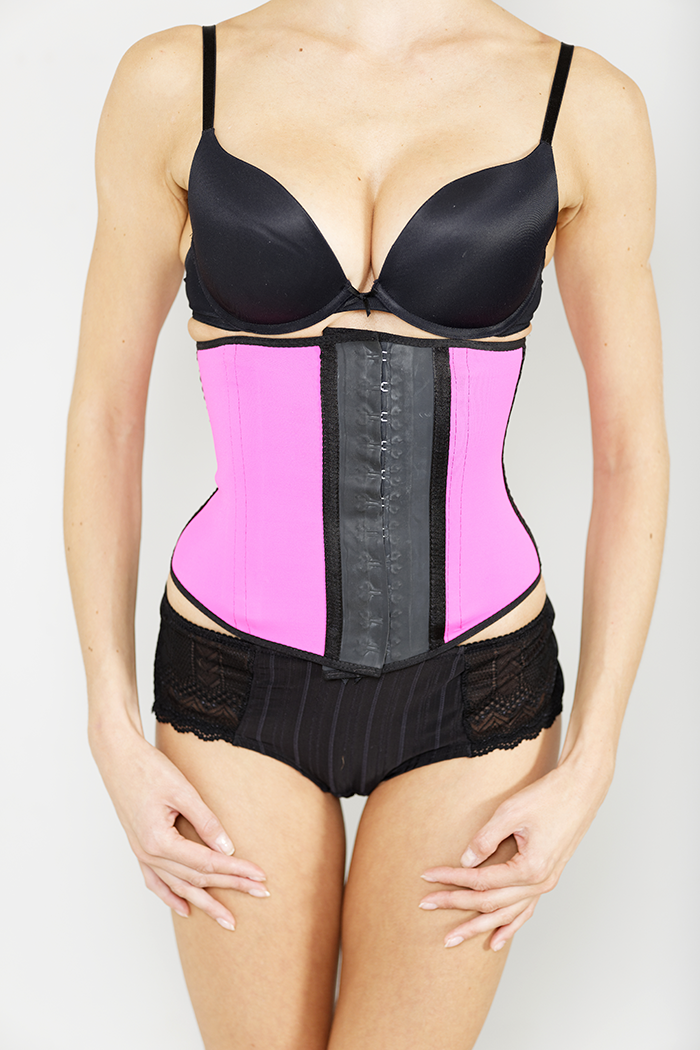 I heard my friends talking about “waist trainers” a few months ago, but didn’t give them much thought until recently when I saw Kylie Jenner’s Instagram post with her and her sisters Khloe and Kourtney Kardashian sporting the corset-like bodices over their clothes.

My immediate thought was the waist trainers looked like medieval torture devices, as they appeared so tight and constricting I assumed they made breathing a real feat. Subsequently, I thought, are these things safe? And after that I got a little mad. Regardless of whether or not waist trainer corsets were safe, the notion of trying to manipulate the shape of one’s body to fulfill a social standard for what women “should” look like seemed to me like a big, deliberate reversion for women in our contemporary, progressive society — this isn’t the 17th century, after all, it’s 2015.

I decided to do a little research. Here’s what I found out about waist trainers.

They are designed to permanently shrink a woman’s waist and mold it into an hourglass figure. Nakeitha Thomas, owner and founder of Waist Gang Society, told The Wall Street Journal that wearing a waist trainer causes increased perspiration, which yield similar physical effects to exercising for 30 to 40 minutes.

Except any drop in weight as a result of excess sweating is usually not permanent. Ruben Soto, founder and CEO of HourglassAngel.com, a waist trainer sales website, even said the pounds users are likely to shed are just water weight, according to WSJ. His site doesn’t make any claims regarding the efficacy of the corsets as a means for ridding fat.

However, because the waist trainers are so tight, the pressure they apply to a user’s stomach may limit one’s appetite, and less eating could ultimately lead to weight loss. “Since the waist trainer applies pressure to your abdomen area, that makes it so when you eat lunch, you eat a little bit less because your stomach has more pressure on it,” said Simon Wilkins, sales manager at TruFigure, a waist trainer manufacturer, according to WSJ. He said some of his customers described this effect to him.

Doctors say there are numerous health risks associated with wearing waist trainers. First, the compression on a user’s midsection and the increased perspiring it causes can lead to dehydration and reflux, Boston Medical Center’s Caroline Apovian, MD, told WSJ. Heartburn and indigestion are also common side effects.

Some of the effects are even more serious.

“The harm is damage to your internal organs. Your intestines, bruising your kidneys,” cosmetic surgeon and OB/GYN Michelle Jones-Singer, MD, told Fox. She added that many of her female patients who use the waist trainers say they experience heavy breathing and restricted motion because the corsets prevent them from bending.

It’s possible that the damage waist trainers inflict on users’ internal organs is permanent and irreparable. “My focuses as a spinal surgeon are the musculature effects and what effect does it have on the spine, the bones, the ligaments, the nerves. And certainly there can be some significant side effects with the prolonged use of these type of devices,” Paul Jeffords, MD, a spine surgeon at Resurgens Spine Center, told USA Today. These include squashed ribcages and displaced organs. A user’s diaphragm, colon, liver, stomach and small intestines might move as a result of prolonged use.

In short, the benefits of waist trainers may seem like an immediate solution for weight loss, but the harm they cause is long-term.

I understand the desire many women feel about wanting to lose weight. But I can’t help but associate the notion of “waist training” to a significant step backwards for women.

Corsets were common in Western society beginning at least 500 years ago. The extraordinarily narrow waist the stiff bodice created was fashionable and signaled aristocracy, according to a report from the University of Virginia. Women continued wearing them until the early 1800s. At that point, after the French Revolution, “fashionable women temporarily gave up their corsets (along with other symbols of the aristocracy) for looser clothing that seemed to parallel new ideas and freedom in political life,” the report read.

Corsets eventually came back in style, but by the mid-1800s, physicians called for their ridding, objecting to the health risks they posed. Importantly, feminists condemned the corset as a tangible symbol of the social imprisonment of women by men.

The corset is a product of pre-modernist society. Women have made so much progress socially and politically since then. Why go backward and physically fulfill an outdated socially prescribed standard for our bodies to take on an unnatural shape? And, moreover, to do so at the risk of our health and physical comfort?

I have no idea how much Kylie Jenner, or the Kardashians know about the harmful side effects of waist trainers. They might be completely unaware of the danger they pose. Or, they might be perfectly aware and not care because the devices seem to offer a quick fix to slimming down, something people are always seeking when it comes to weight loss. The third option is the celebrities that endorse weight trainers — including several others in addition to the Kardashian-Jenner clan — know about the adverse side effects but simply don’t care because they are getting paid thousands of dollars to promote them.

In my opinion, all three options are utterly irresponsible. While I wouldn’t call any of those named above a stellar role model for young women in the first place, the obvious truth is celebrities wage a considerable amount of influence among their millions of followers. Who knows if these stars actually use waist trainers in their daily lives, but their social media posts claim they do, and that’s what matters.

Celebrities who sport waist trainers in their social media accounts may not have given their endorsement of such products this kind of analysis. But the increasing prevalence of waist trainers is really concerning.

In my opinion, celebrities have a moral responsibility as social influencers to endorse products that promote health and self-esteem and empower their fans to make safe choices — not to promote misguided ideals about what women’s bodies should look like.

1 thought on “Sucking in to fit in? Think again about ‘waist trainers’ — and the celebrities who endorse them”