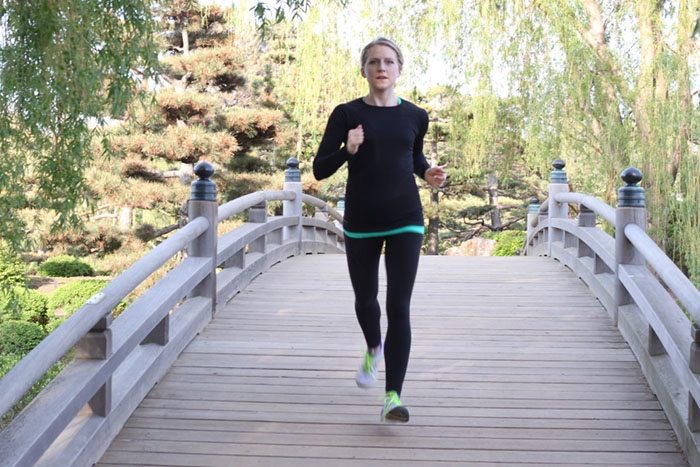 Even if you wouldn’t call yourself a resolution person, you probably have a few goals (fitness-related or otherwise) in 2015. Whether you’re aiming for a faster 5K, a specific weight, a new gig or a better relationship, I’d like to suggest you try a new way of approaching it the New Year: Rather than focusing only on your big objectives, aim to shift your habits, too.

You’ve heard a little bit about them before, but habits essentially act as shortcuts—associations between contexts and behaviors that your brain develops with time and repetition. “So, when I walk into my kitchen in the morning, I don’t have to think about whether I want coffee this morning or the specific steps to make it. I just start automatically making it once I am standing in front of the coffeemaker,” researcher Wendy Wood from the University of Southern California told me.

Wood’s fascinating research has found that once ingrained, healthy habits hold up just as well as the less-healthy ones when people are tired, low on willpower or otherwise risk heading off track. I interviewed her and several other experts for this feature in the January/February issue of Runner’s World, and the advice they gave me applies not only to runners but also to anyone who’s ever tried to make a change for the better.

To make a new habit stick this New Year, they told me:

•    Choose wisely. Pick a habit that supports your bigger goals—say, doing a long run on the weekend if you hope to tackle your first marathon this fall. But start off with one that’s small and familiar enough that you have little doubt you can accomplish it. Scoring success with something like a three-miler or a 30-minute walk three times a week builds confidence that eventually helps you make even bigger changes (and also reduces your risk of hurting yourself by doing too much, too soon).

•    Schedule it. Breaking a big goal down into habits doesn’t go quite far enough. You need to actually open up your Google calendar every week and schedule in your workouts, meal prep, early bedtime or whatever else you hope to accomplish. And include plan Bs. Back to those runs or walks: Slot them in Monday, Wednesday and Saturday morning, and note that you’ll hit the treadmill if it’s snowing when you wake up or that you can go after work if you oversleep.

•    Anchor away. Tie your new habit to something you’re already doing (the anchor). Foam-roll while you watch Scandal. Refill your water every time you go to the bathroom. Pack your lunch for the next day while feeding your dog at night. The anchor task doesn’t have to be related—it just has to be something you do without fail.

•    Have fun. Little things like new gear, a brightly colored water bottle or a tasty-looking new kalette recipe you found on Pinterest offer a boost of motivation that can power you through until your habit becomes routine.

•    Do a victory dance. OK, it doesn’t literally HAVE to be a dance. But find a way to celebrate a little bit each time you successfully implement your habit, even if it’s just giving yourself a mental “yeah, you got this.”

•    Remember why. Write down not only the habit you hope to change—say, getting to that early-morning yoga class once a week—but also everything you hope to get out of it. Include both the profound (a sense of inner peace) and the seemingly trivial (the wintergreen mints they keep outside the studio). On a snowy morning when your alarm goes off, you never know which will actually get you out of bed—and once you’re securely in downward dog, it doesn’t really matter.

•    Fail? Fine-tune. If you give it a few weeks and your new habit doesn’t stick, skip the drama. You’re not a failure—you just haven’t found the right approach yet. Shake it up and try again. For instance, try evening workouts if you snooze through the morning ones. Always run out of time to make dinner? Stock up on healthy shortcuts, like bagged greens, cooked brown rice or frozen Trader Joe’s entrees. Be kind to yourself, keep your “why” in mind and keep testing new ideas, and you’ll eventually find healthy habits that work with your life.

These techniques work for any habit; in the article, the experts give simple steps to forming 12 specific habits, from running in the morning to eating more veggies to slathering on sunscreen. Use them and you’ll be well on your way to a happy, healthy New Year—hope it’s a great one!