How to Stay Motivated When Progress Slows Down 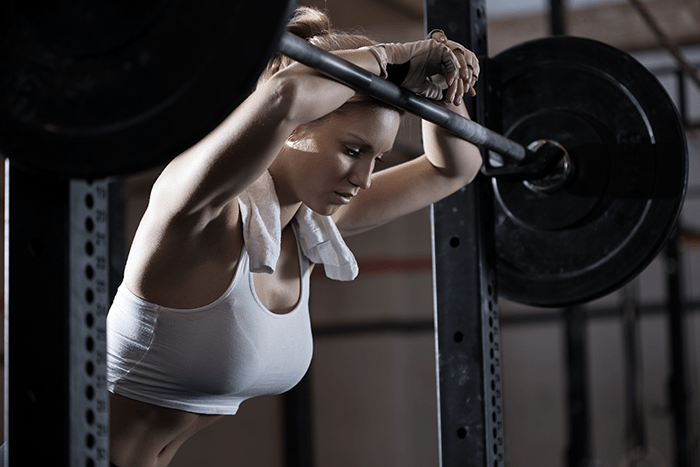 After my first session at Hardpressed, I quickly became addicted to the handy PDFs they send you after every session, detailing each painful rep, how much weight you moved, and how much of an improvement it was from your last session and your first session. I became especially enamored with that last set of stats, and used it as a way to gauge my progress each week.

And for the first several months of HP, I was living in a PR Zone. Since I’d never done strength training of this caliber, getting PRs happened quite frequently – every couple of weeks, if not every single week. I felt like an absolute badass, and I loved it.

The same sort of thing happened when I started running. Paces dropped consistently for the first year or so, and seeing better numbers fueled my drive to get out there for another run.

I bet you can guess where this is going. Eventually, the gains stopped coming. I hit plateaus with both running and strength training.

Good news? Hitting a plateau in training is pretty common. Basically, my body got used to the stress I was putting it through (although I would argue that it’s impossible to get used to Hardpressed, as I still find myself wanting to puke on the train home after most sessions). In fact, trainers think that your body can adapt to a new training regimen anywhere from one to six weeks after starting.

When you hit that plateau though, it can be pretty difficult to stay motivated. You’re putting in all this hard work, and you feel like you don’t have anything to show for it- sounds like the recipe for quitting.

Don’t be a quitter and risk getting verbally eviscerated by TJ Lavin. Instead, stay motivated during a plateau with these tips.

Whether it’s a friend, a significant other, or even treating yourself to a personal training session that you maybe wouldn’t have splurged on ordinarily, having someone beside you at the gym makes you work a little bit harder than you would otherwise. Plus, now you have a spotter – and a perfect excuse to go for a heavier weight than what you’re used to.

Switch Up Your Routine

You probably have your set route when you get to the gym or when you head out for a run. Try doing your routine backwards, adding short pick-ups to your run, or throwing some hills in (assuming you don’t live in Chicago, of course). Change how much you rest between sets, or do a different move that works the same muscles (for example, exchange a bench press for a pushup).

Or, give your body something completely different- trade out a strength session for barre or Pilates, and feel humbled as you realize you STILL have no idea how to “tuck.” When you return to your routine, you’ll be invigorated and refreshed, ready to tackle a new PR.

Seriously. Take a break for however long feels right – a few days, a week, a few weeks. Some trainers suggest taking 4-7 days off every 6-8 weeks. Your plateaus might just be your body’s way of telling you that it’s burnt the f*** out, and training exhausted isn’t going to help you get that extra pull-up. Get out of the gym, take a couple yoga classes, get a massage, and do some active recovery like long walks or easy cycling. Your body will have a chance to repair its muscles and you’ll have a better shot at overcoming the plateau once it’s time to get back to it.

While numbers are a great measuring stick of how far you’ve come, they’re not the end-all be-all judgment of your worth. Focus on other ways you know you’ve improved – maybe now you can carry all your groceries home from the grocery store a mile away without having to rest, or maybe your back looks amazing in a new dress, or maybe you notice that you’re way less winded after a sprint interval than you used to be. All of these things prove how strong you are, without relegating you to some PDF in your inbox.

Plateaus happen to everyone, but they also come and go if you have the patience and the motivation to work over it. Now, get out there and kill it.