I’ve been trying my hand at this “adult” thing for a little while now. I have finally started to get the hang of having a full-time job, paying for bills, having my very own Netflix account, and trying and failing and retrying to connect with friends. I have, for the most part, stopped looking to find the adult in the room for help or guidance and have started to accept that I am that adult (scary, I know). Admittedly, the first year or two out of college felt a lot like trying to keep my head above water – incessantly flailing around and fighting to keep up. In my times of struggle, my mom would simply text me, “keep kicking.”

For the most part, I have moved on from that drowning feeling, which is not to say it has gone away entirely – I don’t think it ever will. So now that I can tread water and breathe, I’ve spent a lot of time trying to figure out how to do it better – and be a better friend, a better worker, a better athlete, a better person.

Over the past year (possibly due to a quarter life crisis) I’ve spent a lot of time and energy trying to improve. Improve in what? The short answer: everything I possibly can. (Cue person coughing and saying “so how’s that working out for you?” – JUST GREAT, THANKS GUY.)

In attempts to be this Adult Self version 2.0, one of the books I read recently was based on research done by Carol Dwyer, a PhD and psychologist at Stanford University who has spent over 20 years studying the effects of mindset and motivation. In her book Mindset: The New Psychology of Success

she argues that there are two basic mindsets:

Fixed mindset – people who are in the fixed mindset believe their talents and abilities are just fixed traits. They are carved in stone; you have a certain amount. In a fixed mindset, people are afraid to try challenges and are more likely to give up in the face of setbacks because the struggle means they are not talented. People in a fixed mindset avoid thinking about weaknesses or try new things if they make them feel incompetent. They practice things they already know how to do.

Growth mindset – people who are in the growth mindset believe that talents and abilities can be developed by taking on challenges and are not discouraged by any setbacks. They see obstacles as a means to improvement. They put more value into hard work than natural ability. This mindset makes people hearty and resilient in developing abilities. People with a growth mindset achieve more and do better during times of challenge or times of transition because they are willing to work on weaknesses.

These mindsets might seem obvious. What I had failed to recognize was how pervasive and powerful they are.

After the first puzzle, a second puzzle was offered, and the students could choose either an easy or a hard puzzle. A majority of the children told they were smart chose the easy puzzle, while 90% of the kids told they worked hard chose the harder puzzle and embraced the challenge as a learning opportunity.

A third puzzle was given to the students. The third puzzle was the same level of difficulty as the original puzzle, but the results changed – kids praised for their intelligence dropped 20% while kids praised for their efforts raised their scores by 30%. These praise studies have been performed again by researchers in 1999, 2007 and 2013, boasting the same types of results.

Throughout her research, her studies on babies, children, teenagers and adults show the same results time and time again: those with a growth mindset who believe that their performance is linked to effort will keep trying and see results. Those who believe that talent should come naturally will often crumble under the pressure of expectations and actually perform worse. Imagine how discouraged you would feel if you failed when you honestly thought you were at your peak.

I used to believe that I had a fixed ability in how far and how fast I could run. For years on end, I fluctuated around the same pace per mile.

“My body isn’t physically capable of running any faster, I wasn’t born to do this.”

“I could never imagine keeping up with them!”

But lately, I’ve been saying things like, “well why the hell can’t I?”

I was at the start of the Detroit marathon last fall when I overheard a man saying that he will never run a full marathon again because there’s no point; he’s not physically capable of breaking 4 hours. 3 years ago neither was I.

This past winter, my friend Carolyn joked, “Cass, you grew wings!”

Well, I’m here to report that I didn’t actually grow any wings, but I did make a huge change that has made me run substantially faster: my mindset.

I know it sounds silly, but the difference between me last year and me this year is the belief that I can run faster, so I do run faster.

Neuroscience show us that the brain is malleable. We all have a fixed mindset from time to time, and hey, that’s okay. The first thing we need to do is recognize it. Then we need to start talking back to it with a growth mindset voice. When you say “I’m not good at that”… add “yet”.

What are YOU giving up because you are struggling in a fixed mindset about it? What could YOUR potential be? 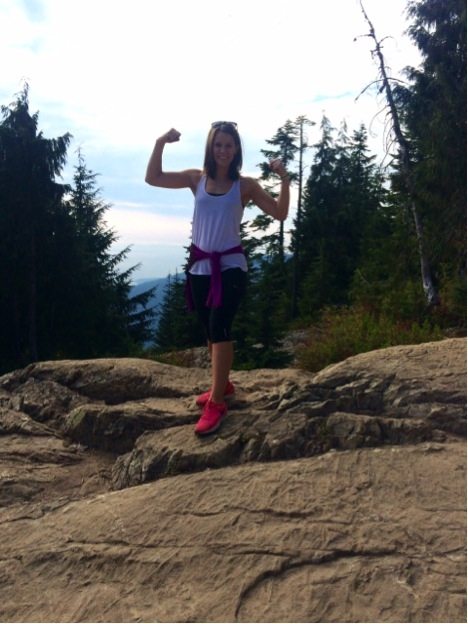 (Disclosure: On occasion we use affiliate links for books and other stuff we love. If you click on one of those links and buy something, we might make a couple of cents. Blogging isn’t free, you guys)