Failing Without Freaking Out

I was roughly seven minutes into my session at Hard Pressed when I hit a new “first” milestone: the first time I physically could not complete a rep. The weight that had seemed sorta light last Thursday was now laughably impossible for my poor right leg to try and push on its own. At rep nine, my knee wobbled, suddenly jelly-like in its composition, and collapsed, the falling weight loudly clanking my failure to the whole weight room. Confused, I tried again, to no avail. “Uh, I think I’m done,” I sheepishly said to my trainer.

I clambored out of the machine’s evil grasp while my trainer looked over my sheet and gently informed me that of the leg exercises we had done so far, we’d gone down in weight on every one but two. And then he followed that gentleness up with a thumbs down sign and the “sspllfftttt” noise heard on playgrounds around the world.

Sure, there were circumstances that explained my legs’ refusal to perform properly (a extra long run on Saturday with no recovery time before bouncing to all day St. Patrick’s Day parties, mainly). But like many other Type A athletes out there, failure doesn’t sit too well with me, and if you’re not careful, failing once can creep into your mind and create a sort of self-fulfilling prophecy that spurs the little voice in your head to say, “Well, you already failed at that once – no way you’re going to get it this time.”

Shut that voice up, people. Here’s the right way to approach and recover from failure.

First, recognize that statistically, failure is bound to happen at some point. I’m not saying that as a cop-out; instead, I’m saying that as a way to force you to look at your performance objectively. Runners don’t win every race they ever enter, basketball players don’t win every single game they ever play, Ben Affleck and Jennifer Lopez made Gigli. Failure happens to everyone, because no matter how awesome you may be at something, you’re going to run into circumstances or competition that knocks you on your ass. And that’s okay. 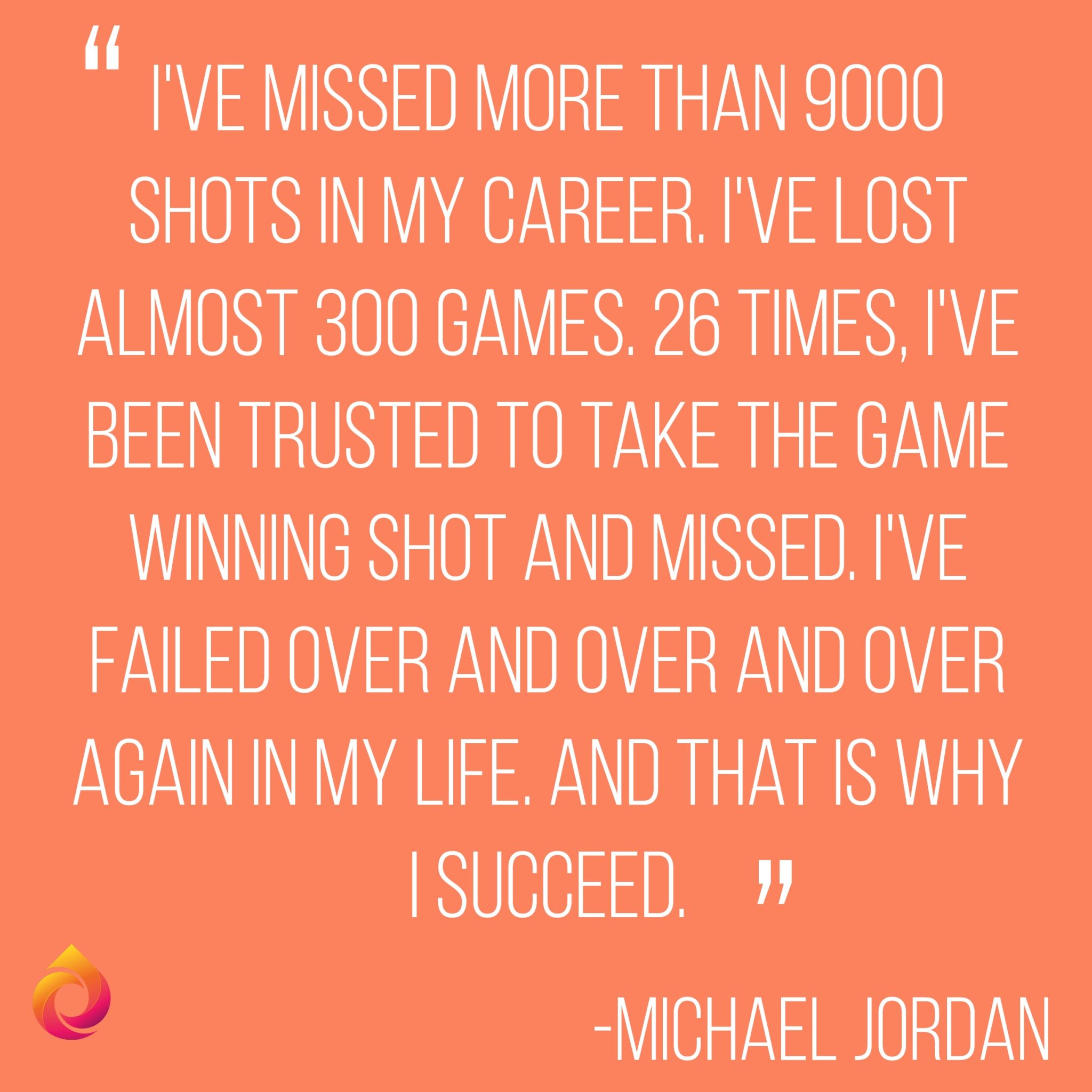 Once you’ve accepted that failure is a normal part of any growing process, think about what happened this time that went differently. In my case, I knew it was because I didn’t take it easy on Saturday after my run and give my legs the rest they so desperately needed. Not prioritizing my recovery led to my failure that day, and now that I know that, I can adjust my recovery plan in the future so that I’m ready to kick ass for my entire training session two days after my long run. What do you need to adjust in your plan to thwart failure?

Finally, it’s time to give yourself that final mental pep talk (I’m big on mental pep talks, if you haven’t surmised that from my past blog posts). Failing can be a big blow to your ego – it is to mine. But instead of focusing on the failure, focus on your comeback and how you’re going to get back up on that horse, so to speak.

Because to paraphrase Michael Jordan (who has a lot of awesome quotes about failure), it’s okay to fail. It’s not okay to not try.

2 thoughts on “Failing Without Freaking Out”