If there’s one thing all runners love to talk about, it’s eating. During a long run, it becomes sort of a fantasy to imagine what you’re going to feast on after you’re finished with that grueling 20-miler. A tall stack of blueberry pancakes? A stuffed breakfast burrito? A Bloody Mary with all the fixins? It’s enough to make you wonder whether that’s sweat or drool running down your face.

Before a marathon, food becomes even more important. At this point, you’ve probably nailed down your pre-run meal and how you fuel yourself during a run. But running for 26.2 miles often requires a tweak to your overall diet and nutrition.

The classic carb loading meal, of course, is a hearty pasta dinner, since its calories come from starch, a glucose polymer. Other popular carb loading options include bread, rice, cereal, and potatoes.

Sounds simple enough, but there’s more to carb loading than sitting down to a giant plate of spaghetti and meatballs the night before a marathon. Here’s how to carb load for a marathon: 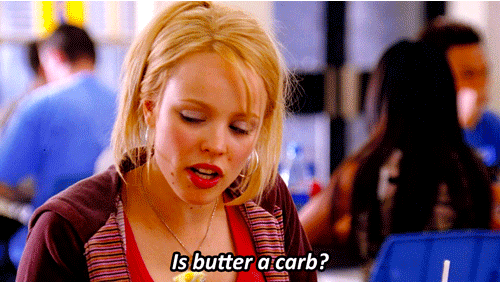 … stay away from too much butter or other high fat foods, like creamy sauces, cheese, oils, and dairy products like full-fat ice cream.

Need ideas for meal plans during your carb load?  Try here, here, or a few of our favorite standbys – like Banana Protein Pancakes or Overnight Oats. And enjoy the feeling of carbed-out bliss in the last few days before you run the race of a lifetime!