Taking the Nike Pegasus Turbo on a Test Run

(Disclaimer: Nike covered the cost of our team to attend the Nike Pegasus Turbo launch run. As always, we only share the products and experiences we truly love and want to share with you.)

I’m a sucker for trying out new running shoes. Thankfully, my body is forgiving and relatively injury-free as I’ve tried the whole spectrum of running shoe types: from extremely supportive Brooks shoes to minimalist Vibram five fingers (yes, those creepy toe socks-lookin’ ones), I’ve tried my hand (er, feet) at the latest and greatest in running shoes since my first marathon in 2011.

As I’ve honed in on what shoes are the best fit for me (and as I get older and my body no longer appreciates the minimalist shoe movement), I’ve found myself coming back to this: I want a little bit of everything. And, from what I can tell about the mainstream running community, they do too. I want structure, but not too much; cushion, but to too soft; I want my shoe to feel light and supported. Oh, and I want them to be fast. I might not be trying to break any course records, but who doesn’t love a shoe that makes them feel fast?

Nike has mastered the art of making shoes that feel fast, creating the Zoom Vaporfly 4% last year which, as promised, actually made its runners 3-4% faster. While the Zoom Vaporfly 4% isn’t for the average runner (built as a racing flat with a hefty price tag of $250 and nearly impossible to buy), they used the same ZoomX foam (Nike’s proclaimed “fastest foam ever”) in the Pegasus Turbo.

Elite athlete and Olympic gold medalist Eliud Kipchoge asked for the 4% “magic” in a daily running shoe to train in, and Nike listened. They wanted to create the same comfort of the Pegasus but gave it the added sensation of a racing flat.

While I’m not running a marathon this year, I was able to put the Pegasus Turbo to the test over a few weeks of training for the BTN Big 10k. As someone familiar with the Pegasus line (it’s been my preferred Nike running shoe for the past ~3+ years), I felt comfortable in these shoes almost immediately, but I could tell there were differences.

With the added layer of ZoomX foam, I felt light, bouncy and a litttttle higher off the ground than I’ve been used to. Admittedly, it took a few days to get used to the feeling of the added cushioning the ZoomX foam brought to the table, but after a few weeks of breaking them in, they have become my go-to pair of shoes on my way out the door for a run. The best way I can explain the experience of running in the Peg Turbo is that it’s a smooth ride. I realize “ride” makes it sound like it’s not my own two legs and feet putting in the effort, but with this shoe, running just feels more fun. 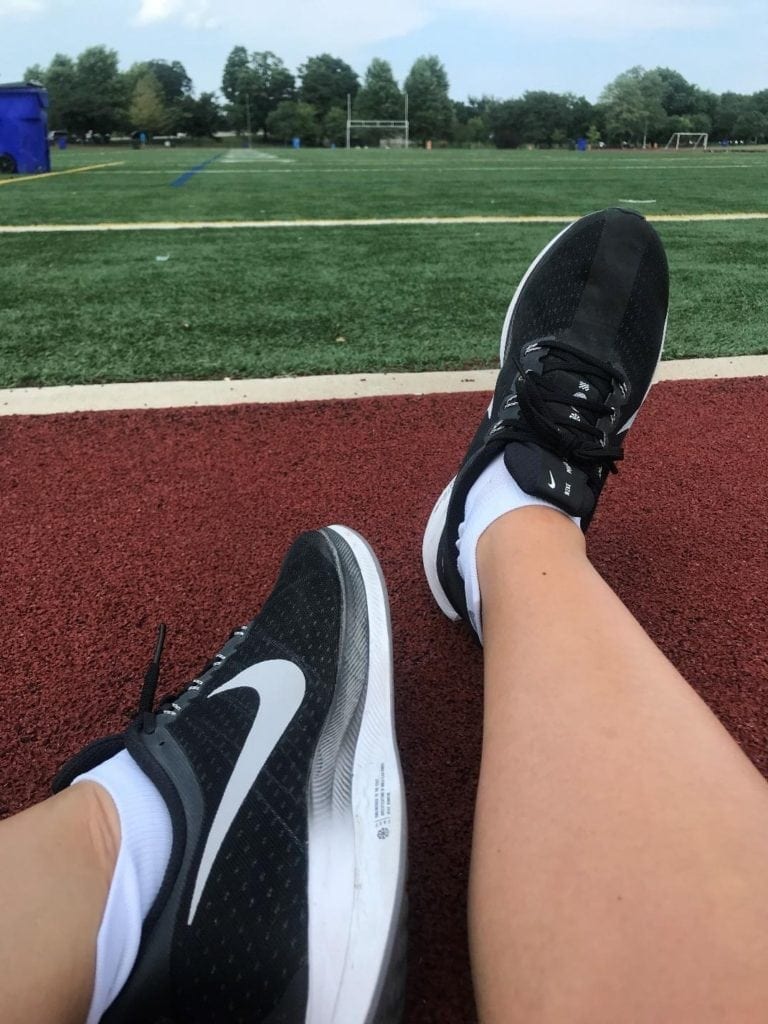 I’ve said it before and I’ll say it again: if you want to be motivated to train for something, having new gear doesn’t hurt. No one would accuse me of being the most consistent runner over the past few years, but new shoes were the spark of inspiration I didn’t know I needed.

So, what was the result? Did I run faster? We certainly didn’t break any records, and I’m fairly certain the weather made it impossible for us to PR, but we did have a great race day. The shoes felt better than ever, and the fun bounce helped me get through a very hot and sweaty 6.2 miles. 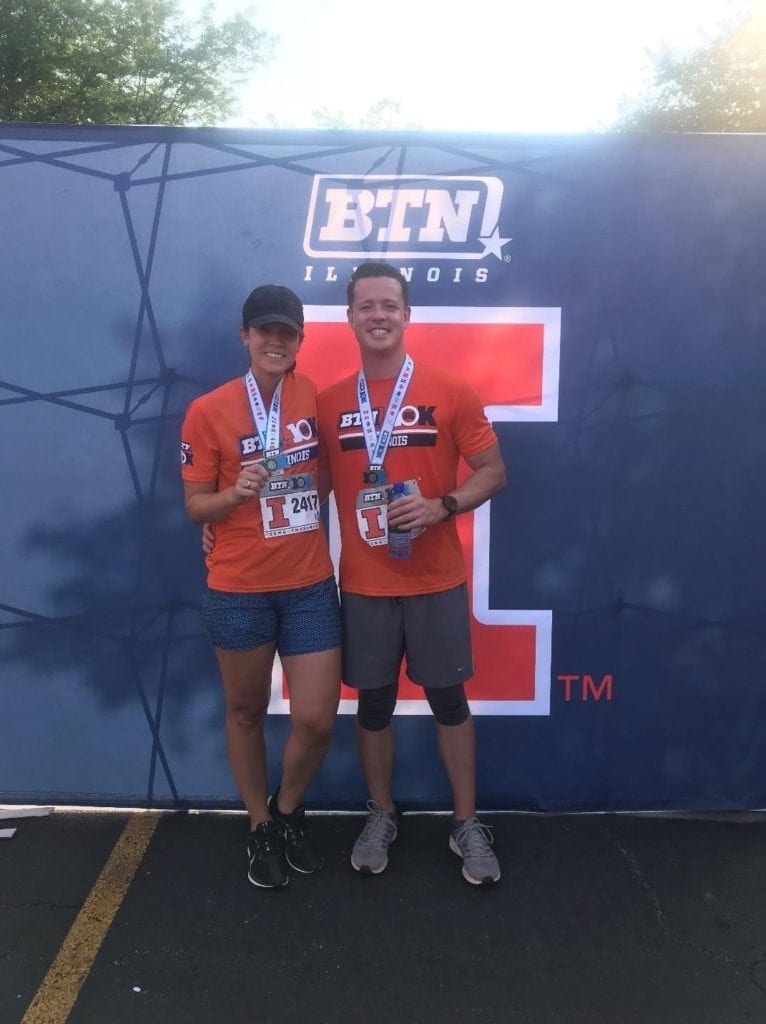 I’m currently eyeing the Chicagoland race calendar to put them through a test for 13.1 miles this fall, so if you have any suggestions let me know in the comments. Until then, you can find me enjoying the ride and rediscovering the fun in running on the lakefront path.