A Beginner’s Guide to CrossFit 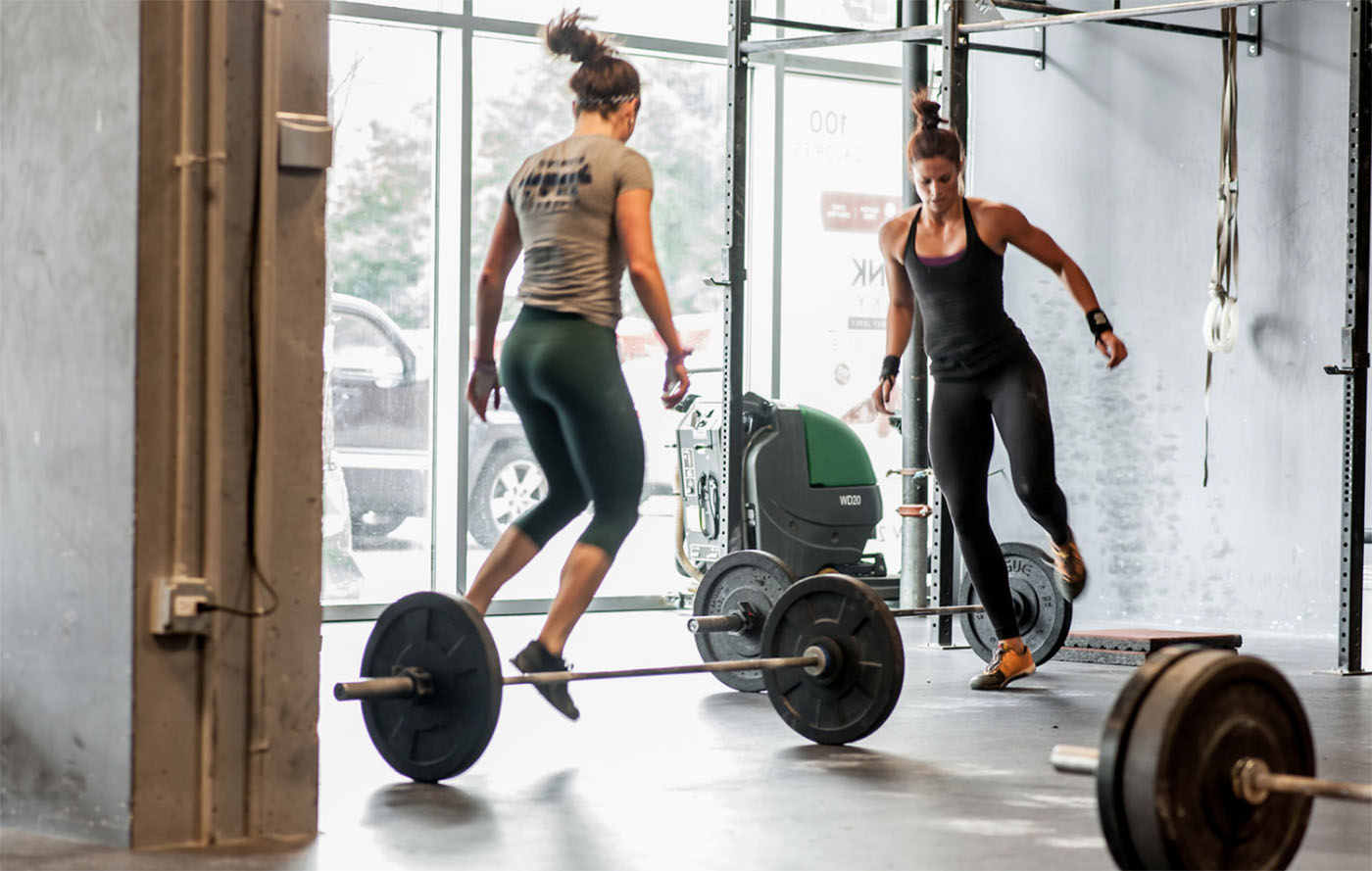 Sure, there is an undeniable competitive element to CrossFit made clear by the national CrossFit Games. But for most, it’s simply their workout of choice to strengthen their mind and body.

At worst, it may get you out of your comfort zone if you’ve never worked with barbells, but at best, it can be the workout to unlock your potential as an athlete if you like it.

We turned to Kress to answer a few basic questions in order to get the beginner’s guide to CrossFit for those who haven’t taken a class before but might be curious about what goes down.

There are two big misconceptions about CrossFit, Kress told me.

“First is the need to be in shape to start,” he started. “We’re quite different from many group exercise studios.  Our coaches modify weights and movements for beginners to take the guess work out of what you should be doing.”

He quickly refuted the idea that you need to come into a CrossFit class needing to already know how to perform certain exercises like a pull-up. Just like with every other kind of workout you practice, you’ll improve with time, and there are modifications to the more advanced exercises along the way so there is always something for you.

“We have had many, many people that couldn’t do one pull-up on their first day, and after a year of consistent training can do five sets of 10.”

As for the other misconception Kress often hears about?

“The second is a concern among females about getting too bulky,” he revelas. “To get bulky you’ve got to want to bulk up. That involves eating more, taking supplements and doing extra work beyond what we do in our group classes.”

The structure of a CrossFit class

Go back to the picture I just painted – big, sweaty men lifting gigantic barbells with veins popping out of their heads. In reality, that’s only a tiny piece of the CrossFit workout (if you’re trying to lift your heaviest weight at all, anyway).

“Most of our class time is spent warming up and doing a few heavy lifts, then the ‘workout’ is often around 10 minutes,” Kress told me.

In general, you’ll find a CrossFit class is broken down into three parts.

First, a dynamic warm-up using mobility techniques, bodyweight, or minimal equipment and preparation movements that get your body ready to execute what it’s going to have to do with weights involved.

Third, as Kress mentioned, you have the “workout.” This is typically around a ten-minute circuit or set of exercises that constitute your metabolic conditioning for the day. That means you’ll be getting your heart rate up, there will be more cardio involved, and you’ll likely have a some kind of goal within this time frame (more on that later!)

What to expect on your first day

At least at River North CrossFit, offering encouragement is huge.

“Everyone remembers their first class,” Kress reminded me.

And it’s true. We’re all newbies at everything we try at one point or another. I remember at my first yoga class, I wore socks in order to not slip entirely off my yoga mat which was made of what I can only call “pretend yoga mat material.” It was not a pretty sight. And truthfully, as Kress echoed, everyone is there to do their own workout, and nobody cares if they lifted more or did the workout faster than you. As long as you’re there for yourself, that’s all that matters.

After the warm-up and strength portions of the workout, the metabolic conditioning (or metcon, if you prefer abbrevs) finisher is the most upbeat portion of the workout. It’s usually laid out a few different ways. A few examples include:

Where to focus to avoid injury

Across the board, in no matter what kind of workout you’re tasked with to finish a CrossFit Workout of the Day, a common theme is “to keep the intensity high but don’t let your form degrade,” Kress said. In essence, the most important thing to keep in mind is your form; don’t let your ego get in the way.

That said, surprisingly, Kress told me that the most room for improvement he sees from his clients is running mechanics.

“Running is a skill to be developed and unfortunately so many people and programs are just doing volume in the quest to burn calories and not taking time to learn the fundamentals,” he said.

The best advice Kress gives to retrain your running brain?

“I’ve found telling our athletes to ‘run with a purpose, rather than shuffle along’ is the best cue.”