Why Boxing Should Have a Place in Your Workout Regimen

I was sure that my first boxing class was going to be my last. There was a studio across the street from my work that I decided to try out one day, and despite the fact that I have always considered myself to be in shape, the class made me throw everything I thought I knew about myself out the window.

I was breathless. I was confused. I was struggling to keep up. As I returned the wraps and gloves that I borrowed after class, an employee asked if I would like to purchase my own. “No, thank you,” had never been so easy to say.

Still, I had to drive by this place every day. It was there, staring at me, as I walked into work and as I walked out. After work, I’d drive past it on the way to my gym where I’d done the same workouts I had been doing for months. I was bored. I wasn’t experiencing progress. It was mid-bicep curl when I realized … it was time for a new goal. I was going to get better at boxing.

Fast forward four years and I’m now teaching Meta-Box at Enrgi Fitness. Although the benefits of boxing are clear to me now, I’ve noticed that people seem very apprehensive about boxing. Some remain very sure of the interval training plan they have in place and don’t see a reason to change it. Some claim they have no interest in learning how to box. Some admit they’re just plain intimidated.

I know how the benefits of boxing would benefit anyone’s workout routine, but I wanted the opinion an expert. I reached out to Courtney Belcastro, instructor at Title Boxing Club in Lincoln Park and asked, “Do boxing workouts have a place in everyone’s workout plan?

This is what I learned. 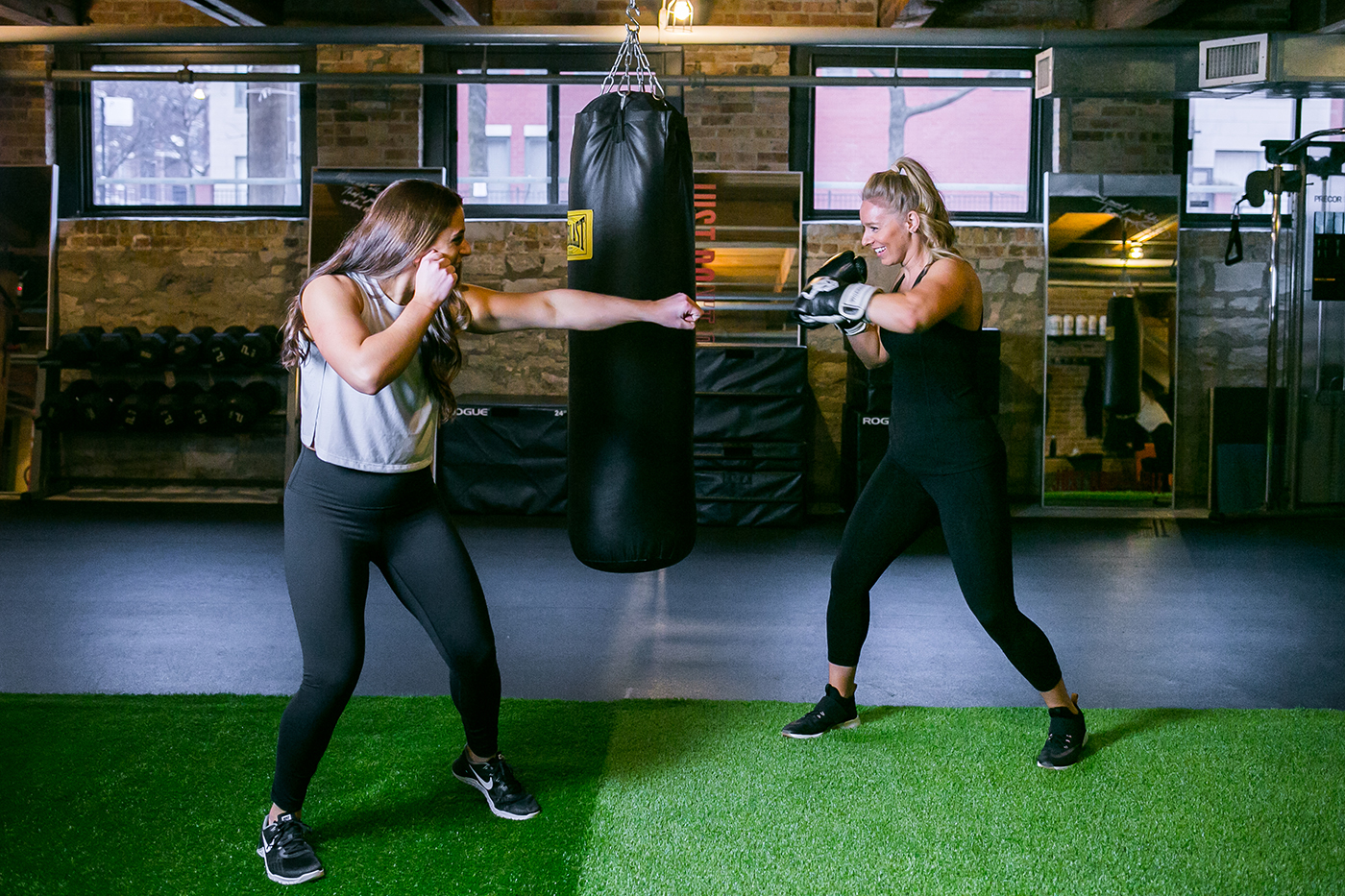 “Boxing is one of the most effective outlets of conditioning out there,” Belcastro explained. “Any sort of boxing drill with a heavy bag or pads is going to improve your endurance because the contact that you’re making and the resistance from the bag is going to force your body to work.”

“Even if you’re not training to fight, you’re still working to improve the movements that a fighter would do,” Belcastro said. “It challenges your body to brace and withstand that impact coming back at you and it forces your body to move more fluidly.”

A beginner who participates in boxing workouts 2-3 times per week for a month can expect to experience drastic change in overall strength and appearance. “Your upper body muscles will be toned, your core will be stronger and you’ll have a large increase in endurance,” Belcastro said.

At Title Boxing Club, each class is broken up into eight rounds and the trainers aim to get your heart rate up and then bring it back down throughout each round. Some rounds may be more endurance-focused, while others incorporate multiple short bursts of high-intensity exercises.

“Going all out for a three-minute round with 30 seconds of rest in between is similar to being on the tread for 2 minutes and then getting 1 minute of recovery before going back to another drill,” Belcastro – who also leads treadmill interval classes at Shred415 – explained.

On top of building stamina and endurance, the benefits of boxing include skill and agility.

She continued, “Boxing and HIIT both have a rhythmic flow. You never stop moving, which challenges your endurance. However, boxing incorporates this rhythm more naturally than HIIT training. It’s a sport that requires finesse, footwork, speed and power. Strength and running regimens don’t necessarily have those skills involved.”

For beginners, Belcastro is filled with nothing but positivity and encouragement.

“Any sort of movement that you do requires practice,” she said. “When lifting weights, you have to learn how to move the weight and control the rep. Be patient with your body and with yourself.”

“You have to approach boxing like it’s a sport. If you played soccer, you didn’t just walk on the field and dribble the ball. You had to learn how. So, it’s going to take couple of sessions to learn the movements. Learning the basics takes a little while, but you have to start somewhere.”