Five Ways to Stop Saying, “I Hate My Body”

It’s usually a photo, an event or an outfit that triggers the cycle of self-loathing for me. I know I started aSweatLife to help others live their best lives with fitness as the catalyst, but sometimes I look in the mirror and think the terrible things I’d never think or say about a friend too. 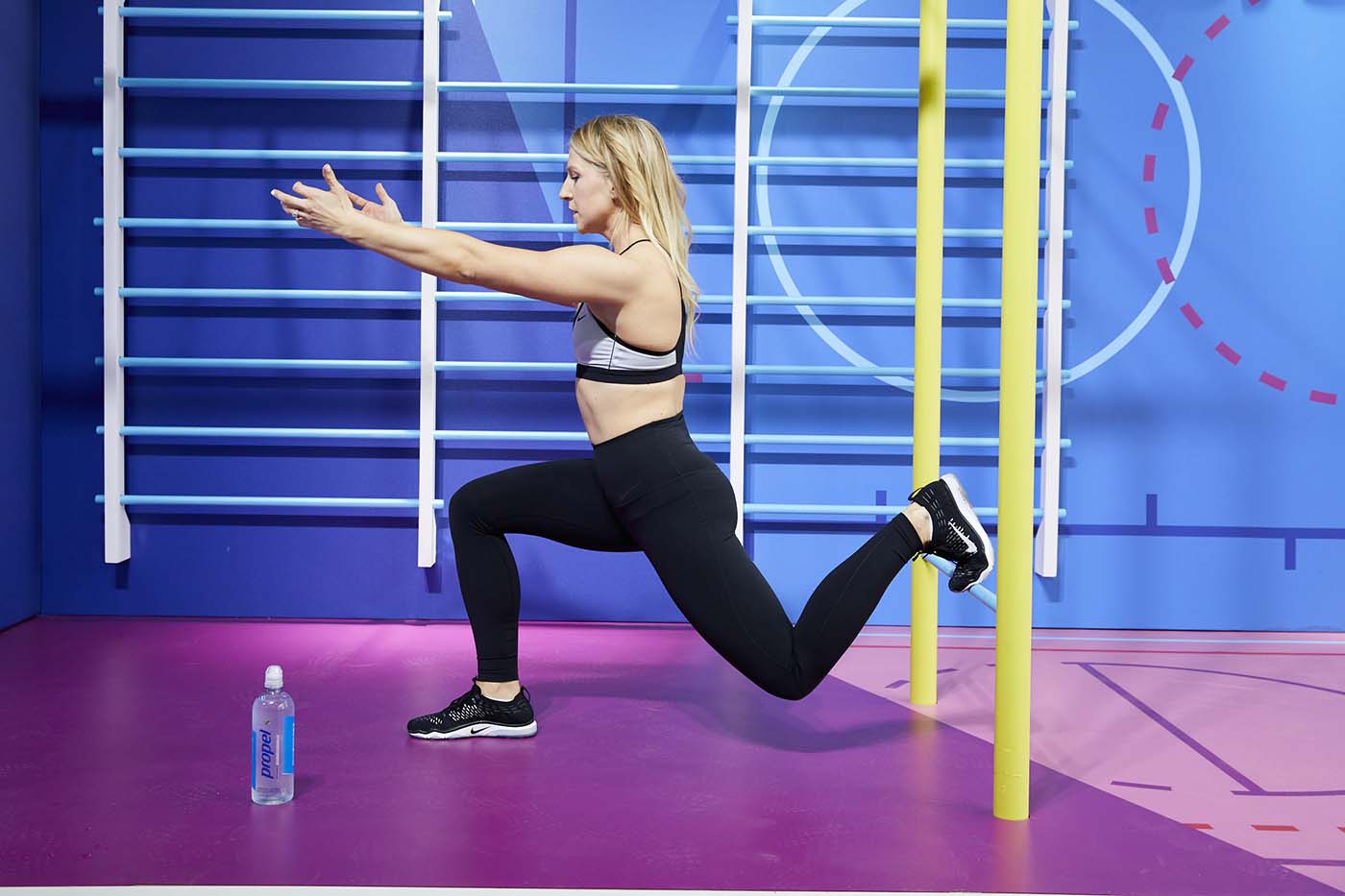 (It took me five years to even think about taking a photo in a sports bra. I did not die.)

If anyone knows how to pick me apart, it’s me. I start at the wrinkles that I’m fighting away from my face and move down to my athletic upper back – I fought hard, chin-up after chin-up, for those bat wings that don’t fit into a strapless dress, but sometimes I peer over my shoulder into the mirror and despise their width and prominence. On body-image-issue days, I’ll usually wish for a six pack and smaller ankles. Not even ankles are safe from the stories I tell myself.

“No one will believe I started a fitness company if they see me.”

“Everyone else at this photoshoot will be in better shape than I am.”

I realized it was the things I was saying and the stories that I was telling myself that were powering the downward spirals as I listened to a woman in my life criticize her own appearance.

Reading that a woman deals with body image issues shouldn’t surprise you – by age 10, 80 percent of girls have already been on a diet, Bustle reported. And as girls grow into women, they self-criticize an average of eight times each day.

The things we say are mean, too, much meaner than what we’d allow a friend to say. And generally we fight the people who tell us differently than the negative words we’re saying. When it comes down to it, my best line of defense was me. I needed to learn to intercept the destructive words and stop them in their tracks.

Here’s how I learned to fight it.

1. I stopped saying it aloud.

I talk to myself. We all do, according to an article in the Wall Street Journal, but it’s how we do it that matters. The things we say to ourselves can be a form of self-coaching and the words we choose matter, the article reports that “both positive and negative words can influence us in positive and negative ways,” creating a mindset and driving action.

If I’m saying, “I’ll never look good in a bikini,” when I look in a mirror rather than “I am strong and capable,” as Kanye says, “that’s a pretty bad way to start a conversation.”

2. I stopped talking about other peoples’ bodies in a way that was envious or focused on any one physical trait.

If “I wish I had her abs,” or “her butt is so perfect – she must work out all day” has ever rolled off your tongue, you’re not alone. Everyone has thought or said something like that, and it’s easy to underestimate the time it took someone to accomplish something and overestimate the amount of time it would take us to do the same thing.

But by forgetting that a person is more than their abs – she’s a unique combination of circumstances, values, dedication, time, intelligence and genes – you diminish the array of stuff that makes you special too.

3. I stopped reducing fitness to an appearance-based outcome.

For me, this is strictly personal. My “why” can’t be tied to an appearance-based goal. It’s not why I started on my journey and focusing on it destabilizes me. If my arms look good in a tank top, awesome, but it has to be a bi-product of a routine built around feeling good. When I start to assess my own success and failure based on how I’ll look in a photograph or what a scale will say, I find the negative voice in my head.

4. I started focusing on how I felt after a workout.

When my alarm goes off for a 6 am workout, I will not get out of bed if this tape is playing in my head “you’ll burn calories and maybe look skinnier in clothes!” I will get out of bed when I focus on how the rest of my day will feel after a workout.

“I will feel productive and powerful all day long after this workout,” I say to myself after the alarm goes off, followed by, “put your feet on the floor.”

And by focusing on how I want to feel, I’m focusing on the thing we care about at aSweatLife: living my best life.

5. I learned the things to say to myself to get out of the body image issues place.

Human women are living in a world in which social media shows us perfect bodies and we can strive to look like people whose lives and circumstances we don’t know. At the same time, we sometimes tell ourselves that we’ll never measure up to a standard that no one has ever expressed to us.

I interviewed someone recently who expressed how she felt people viewed her body as “average” and not measuring up to those around her in the fitness industry. As soon as she said it, I realized that it totally resonated with me. I had the same thought about myself. When we project on ourselves the things we think other people think, not only are we being crazy for ourselves, we’re being mean for other people.

For me it’s a simple, “You’re being crazy. Your body is strong and it allows you to do the things you love.” But everyone has something different that calms their crazy and something that ignites the fury. For example, telling myself to “relax,” makes me do just about anything but that.

Next time – in one of the eight times a day you say something negative about yourself – stop the words, flip the script and remember the things your body does for you that are bigger than bikinis and more important than a six pack. That’s the stuff that will get you out of your head and powering through your very important day.

7 thoughts on “Five Ways to Stop Saying, “I Hate My Body””