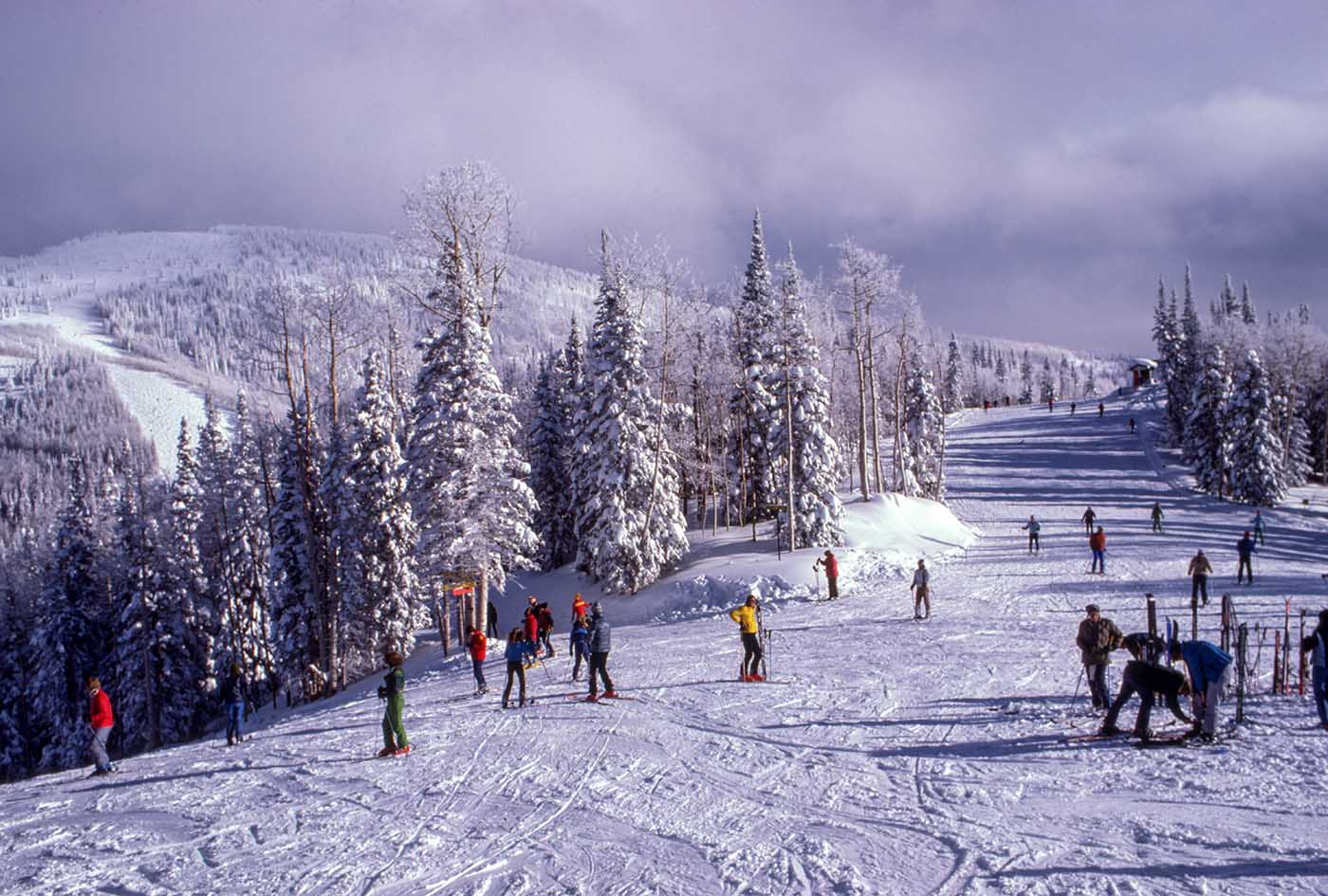 It’s officially that time of year when getting out of bed seems nearly impossible and workouts often fall to the wayside. As much as I love fitness (I mean, I write about it all the time), even I find myself canceling my morning classes more often when the temperatures drop.

Thankfully, even if you aren’t #weatherproof, there’s still plenty of things to do to stay active in the city during the winter, from trying your hand at a wintertime sport to mixing it up with a new class to keep things fresh.

This list of winter activities in Chicago will keep you moving when it gets cold.

While the McCormick Tribune Plaza ice rink is a well-known Chicago ice skating destination, the new Maggie Daley ice skating ribbon is a modern update to the classic skating rink. If you don’t want to head downtown to ice skate, you can check out the rink at the Lincoln Park Zoo (and double it up with Zoo Lights before the end of the year while you’re at it!)

Take a ski trip (without breaking the bank)

Want to get some skiing or snowboarding in without buying a plane ticket out west? There’s (surprisingly) plenty of options only a few hours away in the car. See a list of ski resorts close to the Chicagoland area here. Don’t have a car? There are plenty of companies and meetups that schedule day trips and transportation to local slopes.

There are also some places around the Chicagoland area for curling (aka the sport that you watch during the Winter Olympics even though you have no idea what is going on). Check out Chicago Curling Club in Northbrook or Windy City Curling Club. Looking for something more casual? Grab a bite a Kaiser Tiger and try it out at one of the three curling rinks open in the back of the restaurant. Cindy tried the Chicago Curling Club and shared her intel last winter.

Warm Up in a Bowling Alley

If you’re looking for something to do with your parents or friends over break, bowling keeps you active without breaking a sweat (well, depending on how intense your family is). Avoid paying the prices of downtown locations like Lucky Strike and Pinstripes by checking out the bowling alleys on this list from Chicagoist.

I know, I know, it’s cold! But trust me when I say, it’s (usually) not so bad! There are plenty of winter days in Chicago when the temps stay between the thirties, even up to the fifties (OK, maybe to the forties, but I’ll take it).

If you’re like me, you probably plan to run outside, but it’s hard to make it out the door. If that’s the case, invite friends to join or plan on running with a club to feel accountable. Smart small by testing out a mile or two first, especially if you are bundled up in gear. I often take it easy on my runs and rarely keep track of pace during winter months. The winter for me is all about running maintenance and not pushing myself too hard – I rarely (never?) run more than five miles when the temps are low.

Walk(in’ in a Winter Wonderland)

If running in the winter isn’t your thing, consider just adding a few extra blocks on your way home from work. If you’re looking for an excuse to get out of the house (I get a little crazy being cooped up), bundle up to go for a short walk outside to reap the benefits of getting some vitamin D and fresh air. Bonus: between the vitamin D exposure and exercise, getting outside and getting a little exercise in can you help beat the winter blues and boost your mood (helpful, especially if you’re fighting to avoid the winter slump like Tamara was two winters ago).

Snow doesn’t just mean shoveling (unless you’re into that sort of thing).

You’re never too old to go outside and build a snowman, right? Snow is a perfect excuse to get out of the house and play. If you’re more of a team player, organize a snowball fight or football game in a nearby park.

Use this time to try new classes you’ve wanted to take but haven’t (looking at you, aerial yoga) or revisit those you don’t go to often (like rock climbing). Winter is also a perfect time to try out that heated yoga class you’ve been curious about – just making sure you bring dry clothes to change into afterwards. Mixing up your indoor routine will keep things interesting and help you stay motivated to get to the gym.

Some days you just need to catch up on some extra sleep and stay indoors, and that’s totally ok! Everything is best in moderation, so let yourself indulge a little without the guilt.

2 thoughts on “Winter Activities in Chicago”