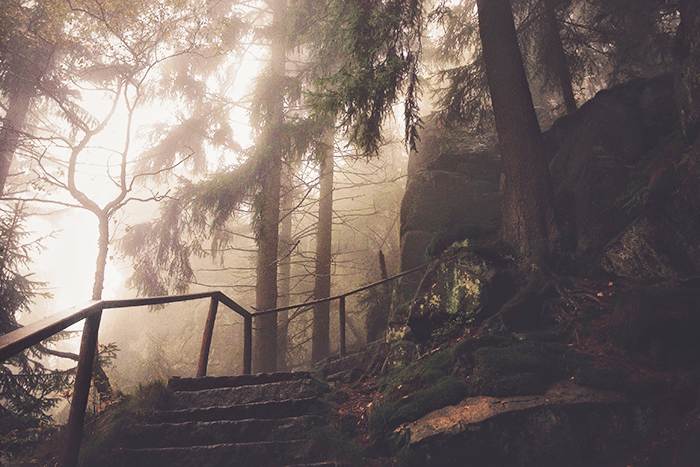 Everyone wants to give up once in a while.

When things aren’t going your way or you experience failure, it’s easy to want to throw in the towel. Quitting seems to be the best and most painless option. But finding the will to keep going could mean the difference between success and failure. With a little persistence and one more try, you could be on your way to the top.

The following people saw plenty of success in their lives, but their strength came from learning from daily struggles and hardships. Here’s what they had to say about perseverance:

I’ve missed more than 9,000 shots in my career. I’ve lost almost 300 games. Twenty-six times, I’ve been trusted to take the game winning shot and missed. I’ve failed over and over and over again in my life. And that is why I succeed. -Michael Jordan

Though he’s one of the greatest NBA players of all time, MJ’s accomplishments on the basketball court haven’t come without failures. The former Chicago Bulls player famously didn’t make his high school varsity basketball team during his sophomore year. He even failed time and time again after he went pro. But Michael Jordan credits his success to all of his failures. Remember that even the most talented people make mistakes — but then they learn from them.

Perseverance is failing 19 times and succeeding the 20th. -Julie Andrews

The singer/actress knows her fair share about the strength that comes from the struggle. She’s starred in movies from Shrek to The Princess Diaries and brought to life characters such as Mary Poppins and Maria von Trapp. But in 1997, Andrews underwent surgery due to non-cancerous nodules in her throat. After the surgery, her famous four-octave voice was gone. But her persistence hasn’t wavered — she’s starred in numerous films and even done lower-register singing. Take on Julie Andrews’ resolve and persist consistently.

Many of life’s failures are people who did not realize how close they were to success when they gave up. –Thomas Edison

Known today as the inventor of the light bulb and the phonograph, Thomas Edison was an intelligent businessman who had more than 1,000 patents by the time he died. But he had a troubling childhood: He didn’t learn to walk until he was almost four years old, he didn’t read until he was seven, and he lost much of his hearing at a young age. Even while inventing the light bulb, Edison has been credited with saying, “I have not failed. I’ve just found 10,000 ways that won’t work.” If Edison had given up when he was so close to success, the modern world might not be what it is today. Don’t give up, because you never know how close you are.

Believe me, the reward is not so great without the struggle. -Wilma Rudolph

Olympic sprinter Wilma Rudolph overcame some of life’s greatest struggles at an early age. She was born prematurely and contracted polio as a child. Though doctors told her she’d never walk again, Rudolph’s mother believed in her. Not only did she set numerous records at the 1960 Summer Olympics, but she also became the first woman to win three gold medals in one Olympic Games. Believe Wilma Rudolph — embrace the struggle, because afterward, the reward will taste so much sweeter.

The real glory is being knocked to your knees and then coming back. That’s real glory. That’s the essence of it. -Vince Lombardi

Arguably the greatest football coach in NFL history, former Green Bay Packers coach Vince Lombardi has received national acclaim. The NFL named the Super Bowl trophy after him and he was inducted into the Pro Football Hall of Fame in 1971. But when began his job as Packers head coach in 1959, he took over for a team that hadn’t had a winning season in 12 years. In the 1958 season, the team went 1-10-1. Even the beginning of Lombardi’s 1959 season looked hopeless. Soon enough, he turned the team around and went on to win five NFL championships during his tenure with the Packers. Follow Lombardi’s words and remember that real glory can’t be achieved without a struggle.