Why Aren’t There Any Men in my Group Fitness Class?

In recent months, my husband and I have been going to more and more group classes at the gym, enjoying both the workout and the time we get to spend together. But there’s one thing we’ve noticed: whether in cycling or body sculpt classes, my husband is typically one of the only men in the class, if not the only man. The overwhelming majority is female. 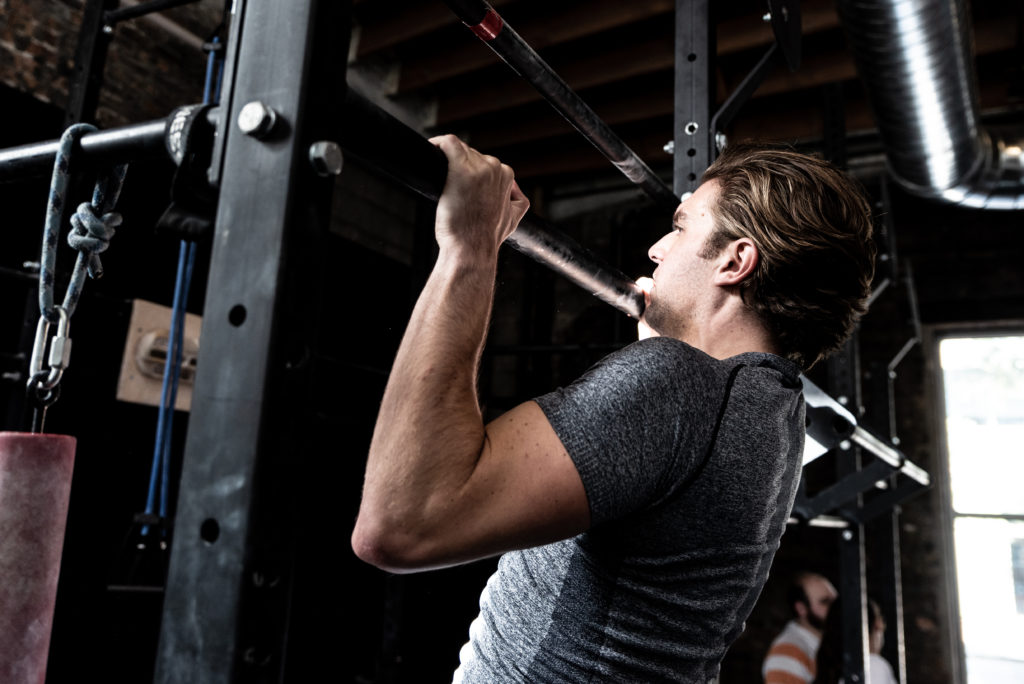 This got me thinking … why? Why don’t men go to group fitness classes? Is this something that only happens at our gym, or is it a wider trend? I decided to find out by talking to two men who work in the fitness industry.

As it turns out, my latter question was pretty easy to answer. Both sources I spoke to said they noticed there are more females in group fitness classes.

“Definitely in all the places that I coach, a majority [of attendees] are women,” said Jeremy Clements, a full-time trainer working in group fitness at SWEAT in Chicago.

But Paul Michael Rahn, the founder and CEO of SWEAT, noted that there is an exception: CrossFit, which men are evidently interested in. Rahn, who also owns Maple Leaf CrossFit, said the fitness regimen was strongly marketed to men in the beginning. But as time has gone by, the marketing has shifted to include photos of women, and more women have thus embraced CrossFit.

Clements pointed to the history of group fitness. The concept grew in popularity in the 80s and 90s, particularly as videos of dancing, spandex-clad people doing Jazzercise became the norm. And who was in those videos? Mostly women. Because such classes have been perceived as primarily including females, more gals have signed up since then

Rahn added that the social and community elements of group fitness are a draw for females. “The women that are coming are looking for more than just that workout,” he said, adding that they want a sense of connection and empowerment, working with other women who want to better themselves.

“It’s all great for their mental health as well as their physical health,” Rahn added.

He also noted that in a big box gym, some women might feel not only intimidated but also uncomfortable working out alone. But the intimidation factor goes down if they’re in a group fitness class with a bunch of other women. They no longer feel watched or judged as they might in a different workout setting.

For men, it seems to be precisely the opposite.

“Most guys are used to just going to the gym and doing their own thing,” Clements said. Rahn echoed those thoughts, pointing to what is often seen at gyms: Men, headphones in, standing in front of the mirrors and lifting weights.

So how can gyms get more men in class?

And vice versa, when men want a change of pace — like getting involved in group fitness — what should they do?

Rahn highlighted the importance of marketing. It’s crucial to show that men are students, that the classes involve lifting weights and that heavier dumbbells are available. Clements agreed, noting that studios can offer strength-based group workouts to appeal to guys. He also mentioned that using words like “power” and “strength” (rather than “aerobic” or “weight loss”) can draw in more men.

Plus, the class should be able to accommodate men’s wishes for a workout. Broadly speaking, women often want to tone their bodies and lose weight, while guys look to get bigger biceps, chest muscles and abs. “Your program has to be able to allow for anyone to pick up heavier weights and scale the workout to fit their needs,” Rahn said.

Additionally, both sources concurred that having more male instructors can be a good recruitment mechanism. With men as trainers, more men might be inclined to sign up for a group class.

Will this future in which males attend group classes ever be a reality? Clements thinks so, especially since he’s seen more men attending group fitness classes over the past few years (and as our research shows, group fitness is only becoming more and more popular). While he doesn’t believe it’ll get to a 50-50 ratio, Clements contends the pendulum will keep swinging toward the middle.