I have to say, cuddling up on my couch with Netflix late at night is super enjoyable, but it did keep me stimulated a bit later than I would’ve liked. Quite the dilemma, right? Luckily, I started using a weighted blanket, and I am literally obsessed, as it’s totally changed my nighttime routine

[Psst.. want to build your OWN nighttime routine? Take the free 5 Days to Your Best Sleep challenge with us here!] 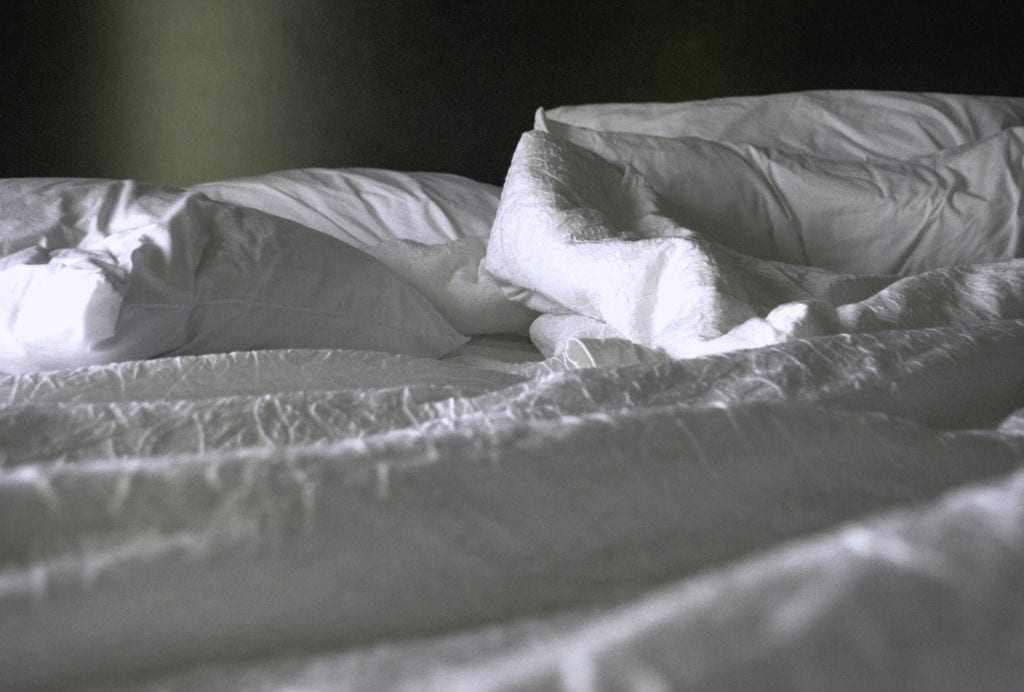 Since I wanted to wind down easily at night for better sleep, but I also didn’t really want to give up my show too early, I started viewing with the blanket on after dinner and allowed myself to become drowsier. And now each night for a few moments after the show ends, I sit in silence with the blanket over me and instantly feel fatigued and ready for bed.

Plus, it’s not just my imagination—the weighted blanket works! Here’s what Bill Tuck, certified sleep science coach says about it.

First off—what is it? “A weighted blanket is a blanket filled with glass or plastic beads to weigh down the blanket, and it is suggested that the weighted blanket should be roughly 10 percent of your body weight,” Tuck says. Weighted blankets are offered both with and without a duvet cover, but many of the blankets themselves are too heavy to be washed in a residential washing machine, he says.

And this heaviness is what is supposed to make your body feel relaxed and heavy, as if primed for a deep sleep.

Sleeping under a weighted blanket gives you the feeling of a tight embrace and tends to have a calming effect, which might reduce insomnia. “The application originated for children with both autism and ADHD, and the same premise is used in pets with what is known as a thunder shirt,” Tuck explains. And now it’s seen as a useful sleep tool for really anyone!

“It is just within the last few years that the public at large is discovering the benefits of sleeping with a weighted blanket,” he says.

Well, I can say it helps me, and it helps Bill and the clients and customers he sees too. “I have personally slept with roughly ten weighted blankets over the last year, and I couldn’t be a bigger fan. In the past, I would tend to toss and turn after being asleep for a few hours, but the healthy restriction keeps me somewhat in the same place and keeps my deep sleep from being interrupted,” he says.

The extra weight is a relaxing feeling, and it may make a difference in the quality of sleep as well as reduce insomnia.

There is no need to get under a weighted blanket for a set amount of time before going to sleep—it’s totally up to you and however long will help you reap the rewards! It should be part of your sleep routine, though.

“Just as brushing your teeth and washing your face, our bodies are creatures of habit, and getting under the covers, including the weighted blanket, is just one more piece of your ritual of going to sleep,” he says.

Many of the blankets are built with a fabric that is cool to the touch and doesn’t give you the feeling of overheating throughout the night, so it is recommended that you sleep with the weighted blanket the entire night. However, if you don’t want to, no problem (I don’t).

Either way, find a weighted blanket that suits your needs, adds a pop of color to your sofa or bed, and will help you snooze soundly for hours.