What I Learned From My First Barre Class

One day in mid-December, I decided to head to the gym to hit up a new class. I can’t quite recall my reasoning. Maybe I was feeling like trying something new, or perhaps I just didn’t make it to my usual class that week. Whatever led me to it, I decided to take my first barre class shortly before the holidays. 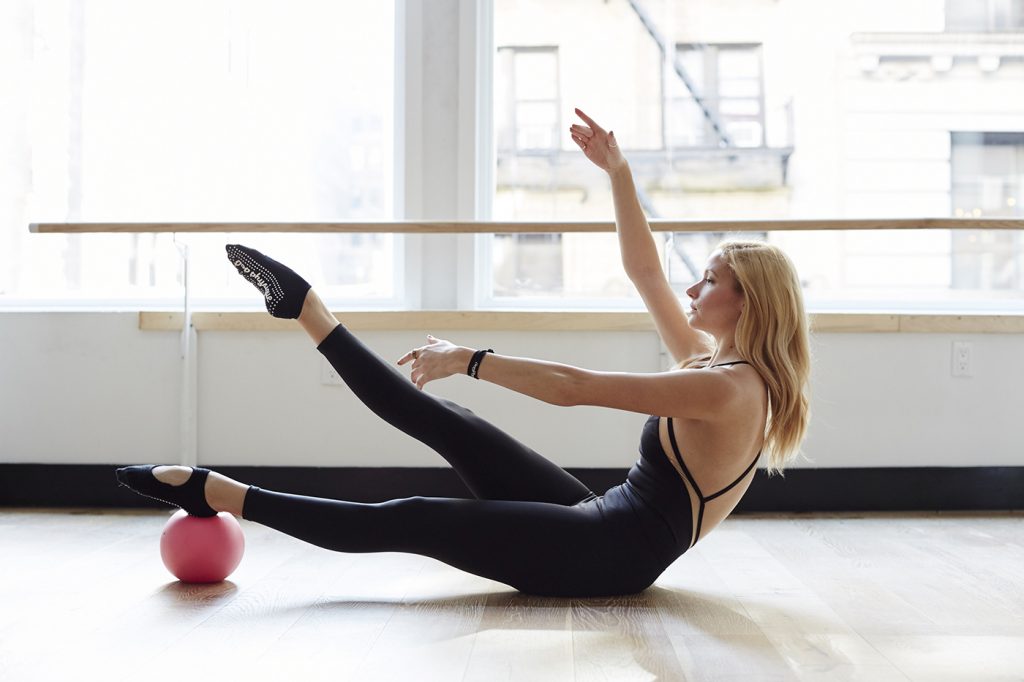 I showed up anticipating we would spend the whole class at the barre and that my classmates would practically be ~professional~ dancers. Au contraire! The workout session involved time at the barre, yes, but also on the mat. Since it wasn’t purely a dance class, I didn’t have to worry about using the few skills I picked up from a couple ballet classes I took 15 years ago. Though barre incorporates elements of ballet, you certainly don’t have to be a full-fledged ballerina to take a class.

After 50 minutes and with the guidance of a friendly and enthusiastic instructor, I made it through my inaugural barre class. Here are five things I learned:

As I was entering the studio, I looked down and noticed the instructor’s bare feet. As I glanced around, I also saw all the other students removing their shoes. I turned to the instructor and asked what we were supposed to have on our feet. She advised going barefoot, but noted that it’s OK to leave on socks if I felt more comfortable that way. I ended up taking off my socks and shoes.

There are no heavy weights.

Last fall, I frequented a different class called “body sculpt,” which involved lots of dumbbells. The instructor for that session often encouraged us to start with heavier weights if we could and to move down to a lighter set if it got to be too much. No such thing in barre. During the class I attended, all we used was a mat, a little medicine ball, a small exercise ball and an exercise slider.

But the lack of weights didn’t make the workout any less difficult. Instead of lifting something heavy a few times, we lifted something lighter a lot of times. As it turns out, doing repeated squats with a five-pound medicine ball can be tiresome. So can body weight exercises. Just because you don’t have to strain to lift a hefty barbell doesn’t mean you won’t be perspiring by the end of class.

You won’t spend all your time at the barre.

Yes, we (obviously) spent a decent portion of class at the barre. We each held an exercise ball between our calf and hamstring, then did leg lifts. We stood on our tip toes, squatted and held the position until it felt like our calves were Jell-O. But we also spent a significant amount of time at our mats doing lunges, squats, weighted arm raises and more.

To ensure an even amount of time at the barre and mat, the class was split into two groups. While one half was at the barre, the other was at their mats; then we switched. After that, we repeated everything, giving everybody got the chance to try out both stations (barre and mat) twice.

Lots of repetition, but a full-body workout.

There were lunges. Squats. Leg lifts. Arm raises. Sit-ups. Planks. My muscles got sore, and sometimes I had to take a break because it hurt to keep doing a move or holding a position. Though there was a lot of repetition, we had time in the 50-minute class to work each part of the body (arms, legs and abs).

Don’t expect to be drenched in sweat.

My go-to workout is a long run or lifting weights (or both), so I’m used to sweating it out when I exercise. While challenging, I didn’t leave barre class dripping with sweat (though I was lightly sweating). The feeling reminded me of a lesson I learned from my first yoga class: Don’t expect to be utterly exhausted and too tired to move by the time class is over.

If you’re contemplating taking a barre class, take a stab at it in 2019. It’s an efficient and effective way to work isolated muscle groups, and you’ll leave feeling refreshed. Oh, and no dance experience is necessary!