What to Expect From Your First Barre Class

Barre is one of the trendiest workouts these days—and for good reason. Instructors say barre workouts strengthen and define your muscles in your arms, legs, core, and butt for a long, lean look.

That being said, barre can be intimidating if you’ve never tried it before. That doesn’t mean you shouldn’t give a barre workout a try. Here’s everything you need to know before booking your first class. 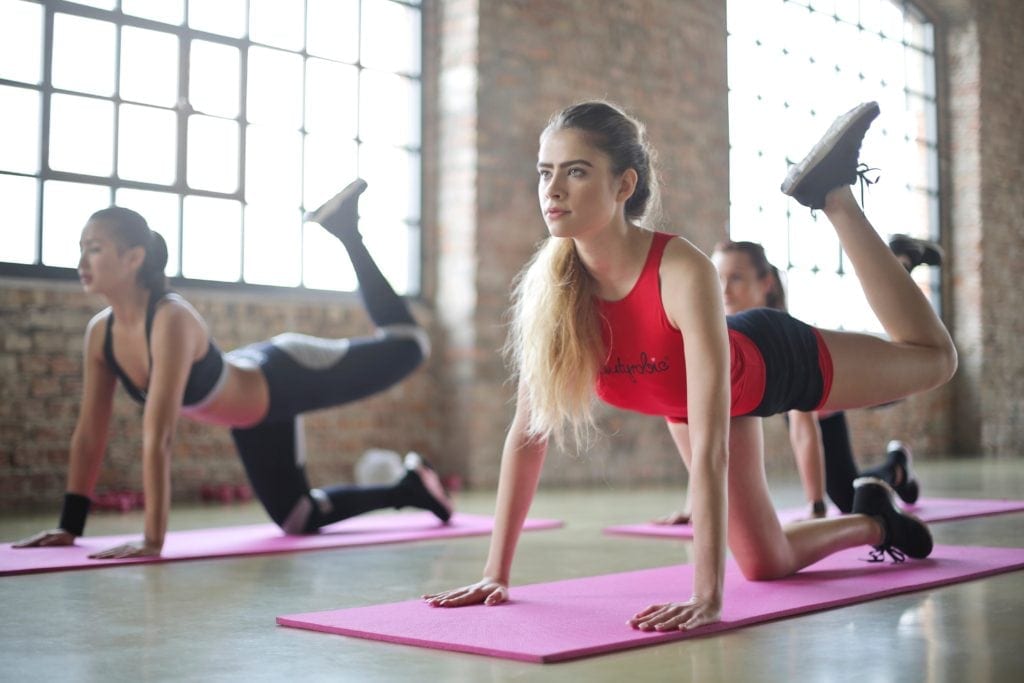 Just because barre is inspired by ballet doesn’t mean you need to be a ballerina to be able to master the exercises.  “There’s absolutely no dance experience required for barre,” says Crystal Widmann, certified barre instructor and owner of Y2BFit.  “Some moves look ballet-esque, but we’re not doing any dancing or traditional things you would do in a ballet class. The most ballet thing about barre is the barre itself.”

That being said, for beginners, it’s important to focus on your form first. Listen to the instructor, who will ideally demonstrate each move and come over and correct your form if it isn’t right.

Don’t expect to leave a barre class dripping in sweat like you would an indoor cycling sesh. “A barre class is essentially a hybrid class combining elements of ballet, Pilates, and yoga,” says Widmann. “We focus on muscular endurance. Instead of traditional strength training which involves a low amount of reps with a high weight, barre involves a lot of reps with a low weight.”

Stock up on grippy socks because you’re going to want to break them out at the barre to avoid sliding around the floor. “We require grippy socks at our studio because we have hardwood floors and you could slip,” says Widdman. Plus, Widdman points out that your feet will sweat a little bit, and you’re going to be putting your feet on the barre and other props — so hygienically it’s better to have socks on.

A typical barre class lasts around 50 minutes, says Katye Kane Stanzak, founder of Project Physique Studio and streaming instructor on FORTE, and in those 50 minutes you’ll do teeny-tiny movements. “Barre class involves micro-movements,” says Stanzak. “You can expect to really hone in on specific muscle groups.”

Stanzak explains that the smaller the movement is, the more you engage muscle groups so that the effects are really visible. “Your muscles do tire out quickly, but you see results quicker,” says Stanzak.

An example of a move done in barre class would be bending your front leg in a 90-degree lunge with your back leg bent as well. You’d bring the back knee down as you pulse so it’s almost like a double lunge. “You want these movements to be so small because that allows you to call on all parts of your body to help you,” says Stanzak. “If it looks like you’re doing nothing, you’re probably doing it right.

Embrace the shake. “Shaking is what we’re aiming for,” says Widdman. “If you do something with a muscle for long enough, the muscle will give out. Shaking shows that your muscle is tiring out.” The shake can be scary for beginners, says Widdman, but it means your muscles are getting stronger.

“I always tell everyone, especially if it’s their first few classes, work at your own pace and do what you can do,” says Widdman. “You want to try to work through that fatigue, but take a break if you need to.” Stanzak says if you need to take a break, go into a child’s pose or downward dog to rest and reset.

“People want to come into class and feel like they’ve worked out, but it’s different in barre classes—you need to give it time because it’s all about the mind-body connection,” says Stanzak. “Once you make that connection, you will notice results very quickly.”

Stanzak says the biggest benefit of barre class is you get length and strength. “You’re elongated your muscles,” she says. Both instructors say 3-4 classes a week is ideal for optimal results. “You want to give your body some breaks in between because you’re breaking down muscle fiber,” says Widdman.