We Got Goals: Jenny Kaufman Has Goals for the Chicago Yoga Community 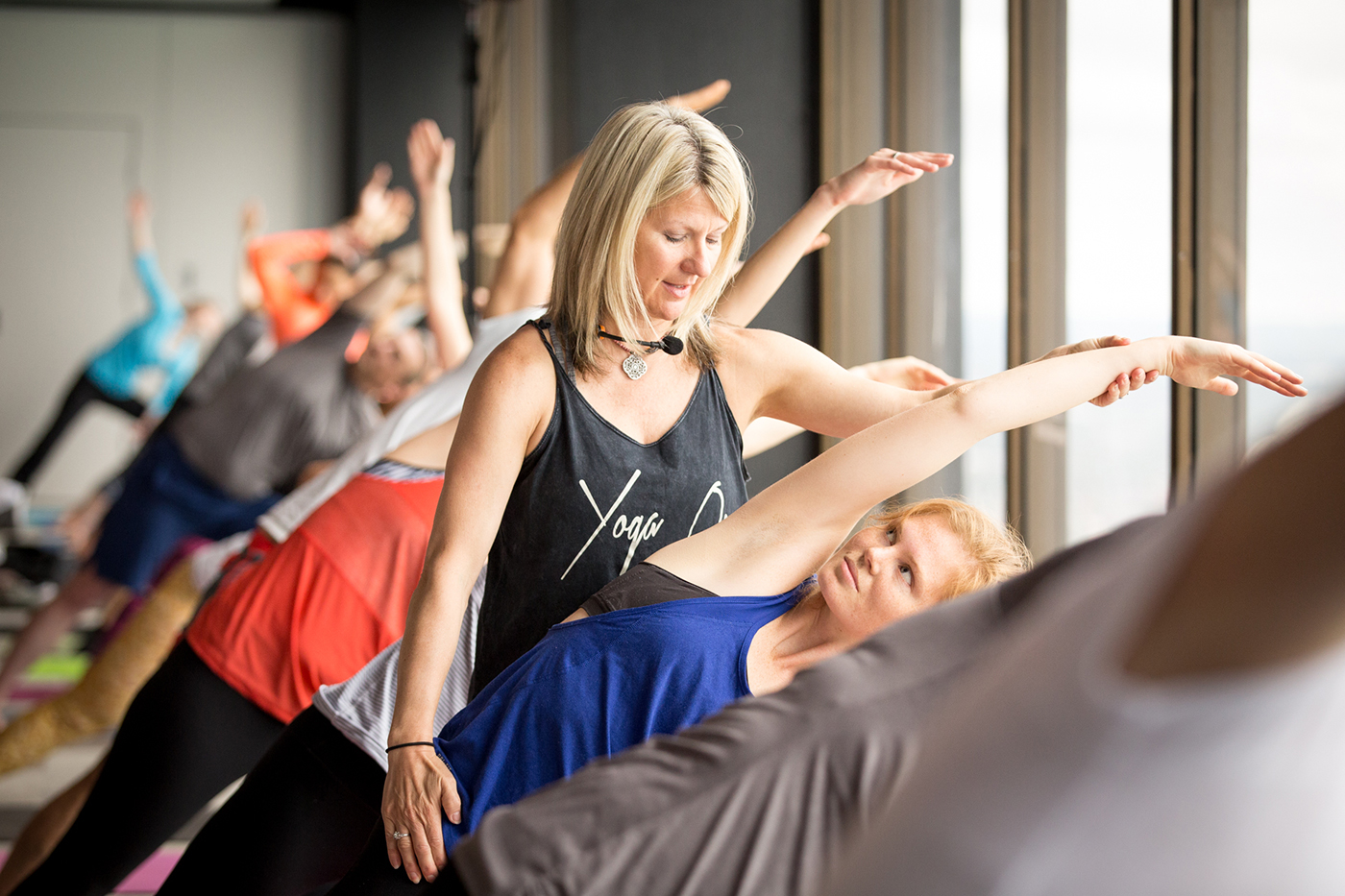 If there’s one thing aSweatLife stands for – one thing we put first in everything we do – it’s community. The health and fitness community in Chicago is powerful and deep; we’re surrounded by a lot of richness. I live in the two worlds (the more I connect with people over these interviews, the less I actually think there are two distinct worlds) of group fitness and yoga. Both communities resoundingly crave community. When I sat down with Jenny Kaufman, Program Director at Yoga Six, the topic of community quickly became a theme of our conversation.

Jenny joined Yoga Six last year with nearly 20 years of teaching experience. Her understanding of the body and the way different yoga shapes make sense in a sequential flow is undeniable when you take her class. This past year held significance for her both personally and professionally, as she’s worked – like so many of us – to define boundaries between work life and home, while still fostering that authentic yoga community she knows is necessary for yoga to thrive.

Two years ago, Jenny’s day switch from that of a full-time yoga teacher with a flexible schedule to one with much more time in an office, in charge of a full staff as she developed Yoga Six’s regional programs. Needless to say, the balance within her household was thrown off. In 2016, Jenny focused on restoring some of that.

“I spent 2016 trying to close my computer and keep it closed,” Jenny said. “Jim and I made a resolution to buy old-time alarm clocks. I don’t want to take our phones upstairs next to our bed because, especially at a place like Yoga Six, it’s open seven days a week, there are classes at six in the morning, and I get woken up sometimes at 5:30 from an email that I can’t do anything about. So I’m trying really hard to unplug. And I think I’ve done a better job of it this past year. That was a goal, and I did it.”

As important as it is to be able to disconnect from work, Jenny understands the importance of building a strong community, one that fosters sharing ideas and inspires its members to grow individually and together.

“I used to go to a yoga workshop and I knew 90 percent of everyone in the room, and I don’t anymore,” she told me. “Not only that I don’t know everybody, but I don’t think the communities cross very much and I think it’s really a problem.”

Jenny is using Yoga Six as a platform to facilitate community and hopes that it catches. On Saturdays starting in February, Yoga Six’s South Loop location will host special workshops, bringing teachers from studios across Chicago together.

“I think in 2017, it’s the easiest way for us all to connect and to up the level of what people are teaching,” Jenny says.

Jenny aims to connect as many teachers as she can through extended training and supplemental education. At aSweatLife, we couldn’t be more supportive of the idea. In 2017, we too hope to foster authentic community invested in learning and building relationships, because when we realize we all of something to learn and something to share, we elevate the community as a whole.