Seven Signs It’s Time to Be Your Own Boss

If you lived in Chicago in February 2011, you might remember Snowmageddon — a blizzard so powerful it managed to overwhelm the city’s substantial snow-removal resources. Lake Shore Drive closed; people stranded in traffic for hours eventually abandoned their cars and walked home. For almost a week, most schools and offices shuttered and no one went anywhere they didn’t have to. 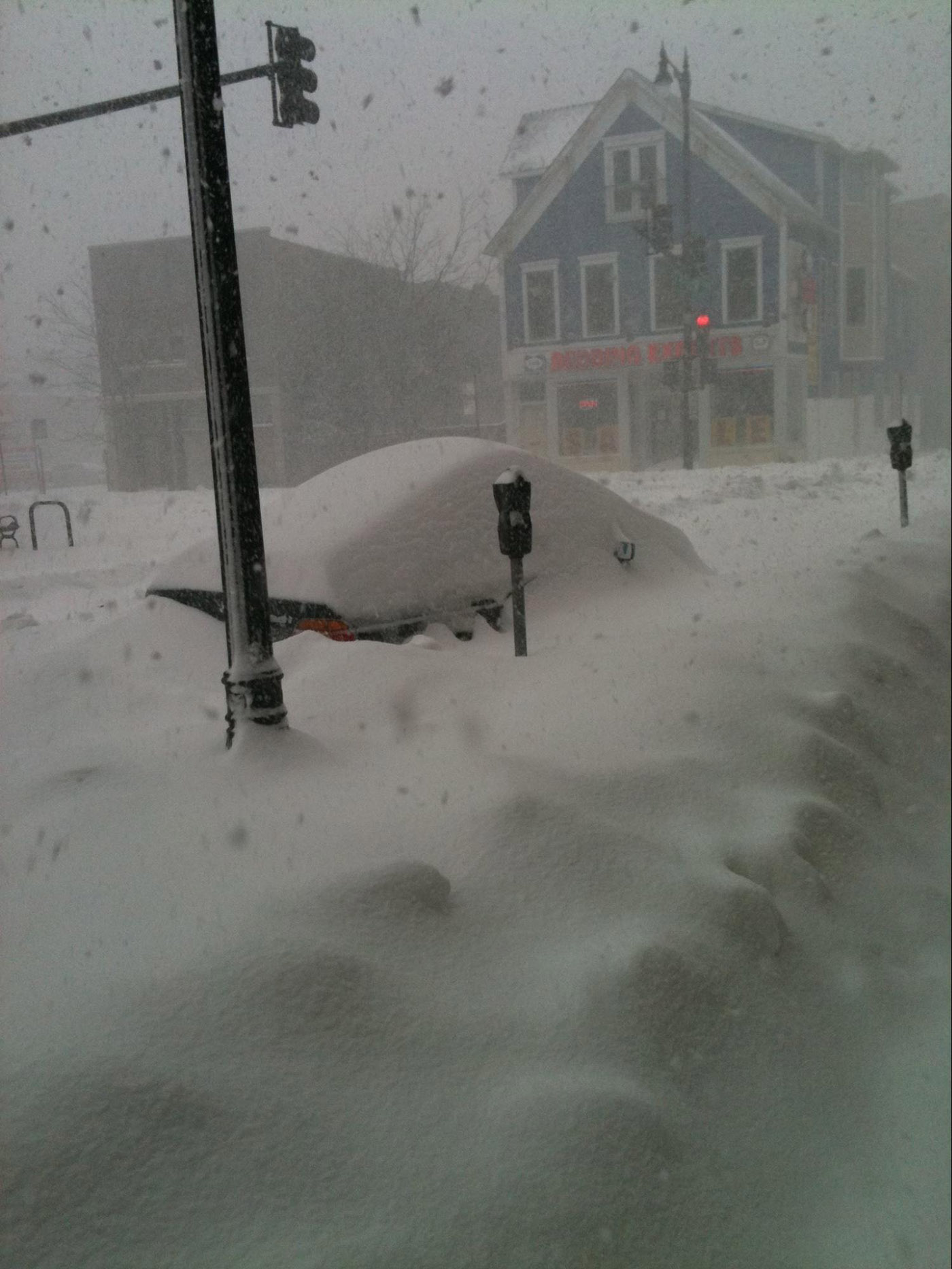 I’ll never forget it, since the worst snowstorm I’d ever experienced occurred during my very last week of working for somebody else. Two months prior, I’d quit a solid, relatively high-paying full-time job I enjoyed to go freelance.

The weather messed with my farewell lunches and happy hours, but rather than take it as a bad omen, I didn’t let it shake my confidence. Even if some people thought I was crazy to trade benefits and stability for an uncertain future, I knew I was making the right decision for me. More than five and a half years later, my life and work don’t look exactly the way I thought they would. Both, in fact, are even better than I could have imagined.

You may also have the urge to escape cubeville and turn your passion — whether that’s fitness, wellness, creative work, or some combination — into a sustainable career. It’s tough to know before you make the leap if a life of entrepreneurship or independence will truly work for you. No one else can truly answer that for you, but here are seven factors I considered when making the call.

The hardest thing about leaving my full-time gig was putting in my notice to my director — she was and still is a friend and mentor. I worked for her for six years and I adored her and learned so much from her. But while I respected her immensely, I wouldn’t have wanted to step into her shoes when she moved on from her role. When I looked around the organization, I didn’t see any other positions that would have been a good fit for me, either.

2. You can see how the threads of your passions and experience weave together.

I’d long had freelance writing on my list of potential career goals, but didn’t have a firm timeline. As I considered my next move, I realized I had built a strong foundation. I’d been freelancing on the side of full-time jobs pretty much since finishing grad school in journalism a decade prior and had recently broken into national publications. I’d also been running marathons since soon after graduation. Nine races later, I’d dropped my time by nearly an hour and 40 minutes. I’d never reach an elite level, but I’d gained enough experience to help newer runners make the same kind of progress, I reasoned — both by writing about my experiences and providing personal coaching.

Not all freelancers I know have formal business plans, but it’s a good idea to at least run some basic numbers — and obviously, if you’re launching a business, you’ll need something more developed. I was fortunate enough to have a business advisor, a successful entrepreneur I’d met through mutual friends who just happened to want to run faster. I helped him with his marathon training and he gave me invaluable input on my strategy. (Huge thanks to you always, Mike Evans!) I also talked with people who were doing similar types of work. In the process, I learned how others structured their paths and made connections I still value today.

At first, I balanced freelance writing and running coaching (I’d earned certifications through USA Track & Field and the Road Runners Club of America as I prepared for the transition). But I quickly realized that coaching was an entirely different ballgame, both financially and in practice. I felt far more competent and confident writing about running, seeking the expert opinions of those who had much more experience than I did. And I enjoyed the variety of continuing to write about a lot of different topics. I checked back in with my goals and benchmarks frequently and eventually transitioned away from coaching to focus exclusively on writing. Though it’s not how I’d planned it, I don’t see that as a failure — just a smart adjustment to things playing out differently than I’d expected.

5. You’re ready to make decisions — lots of them.

As that change illustrates, taking the leap to start your own thing is just the first of a million choices you’ll have to make without anyone standing over your shoulder. On a daily basis, I have to decide: Do I have time to take on another assignment? Should I pursue a new client or develop a deeper relationship with an existing one? How many potential sources should I contact to ensure I get enough interviews before my deadline — without wasting my time or anyone else’s? You have to be prepared to make both big-picture and detailed decisions to the best of your ability and feel confident in the outcomes. Sure, you’ll always have things you’d do differently in retrospect. But ruminating or dwelling in regret only amplifies the negative impact of each misstep. The most successful independents, I’ve found, learn from their mistakes and then move on quickly.

6. You know it’ll be hard — but you’re excited by the challenges.

Constant choices, an inconsistent income stream, frequent solitude — freelancing comes with its share of obstacles. But personally, I find these far more motivating and less daunting than those of a full-time job (say, navigating office politics and feeling tied to a set schedule). That’s not the case for everyone, and that’s totally OK! My husband, for example, has a gift for management and building consensus and he’d hate working on his own. We’ve each chosen a path that plays to our strengths and developed very different but similarly successful careers because of it.

7. You’re willing to help others.

I’ve put this last, but I actually think it’s one of the most critical and overlooked factors. As an independent, you have to be humble enough to ask for help when you need it — but you also have to step up and lend a hand to others when you can, or the whole system crumbles. One of the reasons I love Team aSweatLife is the positivity of founder Jeana Anderson Cohen (who could teach a whole master class on blazing your own trail). She preaches that there’s enough success to go around and that we all do better if we help each other find it. For me, that might mean sharing an opportunity that isn’t quite right for me with another writer who has the time and talent to crush it, taking time away from paid work to read a colleague’s draft or talk to a student, or volunteering to help organize a conference.

Sure, you can succeed by being a selfish jerk. But you can do just as well, if not better, business-wise by proceeding with kindness and generosity. Plus, you’ll feel empowered and encouraged by (instead of envious of) others’ success if you feel you’ve played a tiny part in it — positive emotions that can eventually take you to even greater heights.