The Health Benefits of Having Pets 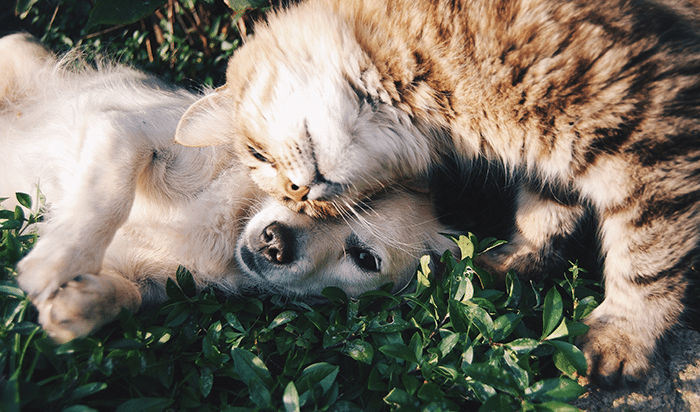 It’s an ever-renowned question and a classic topic of conversation when you’re getting to know someone: Are you a dog person or a cat person?

For many, posing this question brings with it numerous powerful emotions. For dog people, cats seem like boring, lazy creatures that only lounge and never get excited about anything. For cat people, dogs are slobbery, loud and it’s too much of a pain in the butt to take them on walks.

Numerous studies have been conducted on how one’s choice of pet affects his or her personality. Researchers at the University of Texas at Austin conducted a study in which they analyzed pet owners’ personalities based on the traditional “Big Five” personality traits: agreeableness, conscientiousness, extraversion, neuroticism and openness. The team found “dog people are higher on extraversion, agreeableness and conscientiousness, but lower on neuroticism and openness than are cat people.”

Regardless of your side on the dog versus cat battle, research shows being okay with either doesn’t leave you in a bad position. “We found that pet owners, on average, were better off than non-owners, especially when they have a higher-quality relationship with their pets,” said Allen R. McConnell, PhD, a psychology professor at Miami University, according to WebMD.

In fact, having a furry friend live with you results in myriad advantages. In addition to having a companion, there are added happiness and health benefits of having pets.

Both WebMD and the National Institutes of Health say pets can improve their owners’ cardiovascular health and wellness. In one study cited by NIH, people “who owned a pet were found to have lower heart rates and blood pressure, whether at rest or when undergoing stressful tests, than those without pet.”

According to the Centers for Disease Control and Prevention, having a pet decreases your blood pressure. WebMD adds that relaxing with and petting your pet “helps your body release a relaxation hormone and cuts down on levels of a stress hormone,” making you feel less worried and anxious.

Whether you’re a fan of dogs or a lover of cats, you’re doing yourself a favor. Adding a four-legged companion to your life can make you healthier and more content.