Sometime this year, a friend recommended a podcast to me: Call Your Girlfriend, billed as “a podcast for long-distance besties everywhere.” I immediately fell in love – their chatty style reminds me of how I gchat with my best friends to stay in touch, whether they’re in Kentucky, New York or Thailand. Bear with me, I’ll get to the point soon enough.

During my run through their archives, I found an article written by one of the podcasters, Ann Friedman. In this article, Ann writes about “shine theory,” or the idea that “I don’t shine if you don’t shine.” She points out that it’s more common for women to be pitted against each other in competition, whether it’s for a dude or even whose Instagram post gets the most likes. Ann argues that we should actively resist this competition:

Here’s my solution: When you meet a woman who is intimidatingly witty, stylish, beautiful and professionally accomplished, befriend her. Surrounding yourself with the best people doesn’t make you look worse by comparison. It makes you better.

I’m lucky enough to know a lot of pretty rad females, and I know without a doubt that their ambitions, successes, general life knowledge, and having-their-shit-togetherness have rubbed off on me. Where would I be without Cass to explain finances to me in terms a third grader could understand, or without Jeana to walk me through networking 101 or without Kara and Julie helping me figure out how to throw a charity fundraiser and organize the logistics of Hood to Coast? In the fetal position on my bed, most likely.

But more and more often, I’m finding that shine theory is the most applicable to my running life.

I’m not proud to admit this, but there have definitely been moments when I’ve seen the times posted by people I run with and judged myself against them. “Man, I really thought I was faster than her,” or “Self-five, I had a much better run than that.” In my head, I know that whole “comparison is the thief of joy” mantra is real, but it’s all too easy to jump on social media and fall victim to seeing how you stack up against your peers.

Once I’d heard of shine theory, it was easier to identify when I was indulging in self-destructive, competitive thought patterns. Instead of being jealous when someone had a better run than I did, I changed my brain to recognize what a great accomplishment it was for that runner. Instead of silently feeling smug (and then guilty) when I had a better run than anyone else, I learned to feel proud of myself and my hard work without demeaning anyone else.

This shine theory is never as present as it is with my group of running girlfriends, whom I’ve come to lovingly refer to as my “girl gang.” Whether I’m running a 20 miler on my own in Lexington or making plans to run five miles with a couple of friends during the week, I know I have a group in my corner, cheering me on. 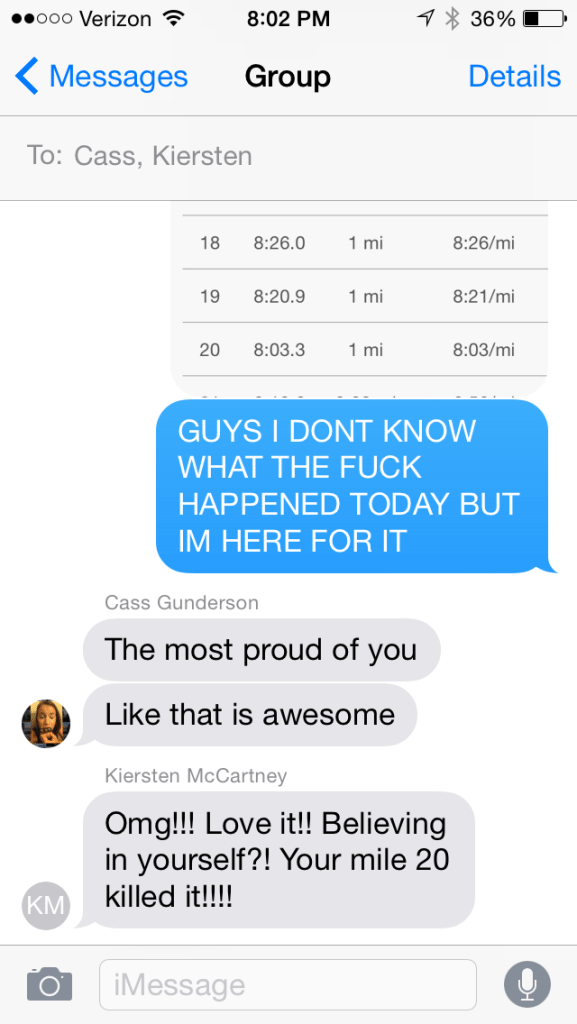 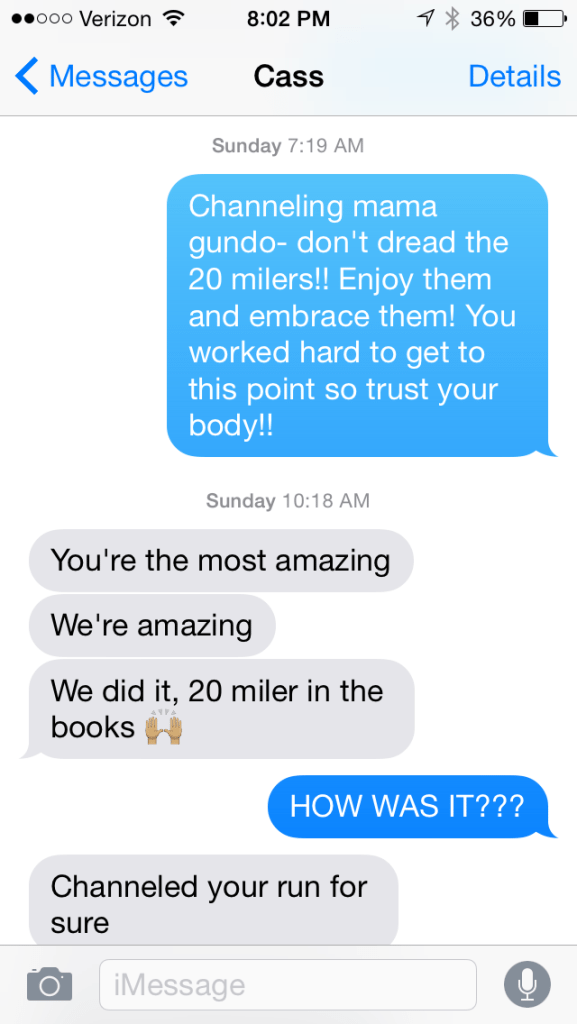 Running is supposed to be an individual sport, but more and more I’m finding out that it takes a village to run a marathon (or something). I wouldn’t be half the runner I am today if it weren’t for all the inspirational women I’ve met along the way, who have encouraged me, paced me for part of a Friday morning 18 miler, offered me training tips and listened to me complain about how stupid marathons are. I’m a better runner and a better person because of the amazing company I associate myself with.

So today, I challenge you to think about examples of shine theory in your life. It doesn’t have to be running related – maybe there’s a co-worker that you’re silently competing with for your boss’s favor, or maybe you feel inadequate when one of your Facebook friends posts a picture of another one of her wildly successful Pinterest projects when yours NEVER come out looking like the display pictures. Recognize what you’re feeling, then take a step back and put that feeling in a box. And even though it might seem cheesy as hell, make your next step to give that person a genuine compliment, no matter how small it might be. Who knows? You might be on the path to forging a deeper relationship with this person and learning their tips and tricks.

They say you’re defined by the company you keep – or in my case, the gang you run with. Associating yourself with stronger runners, smarter coworkers or more fashionable roommates doesn’t make you look worse by comparison – it makes you look better.