Like many of us growing up, I played team sports from the age of six until I graduated high school, moving on to intramural sports in college. And in those days, I was still pretty resistant to running- largely because it seemed to be a boring sport where I didn’t talk to anyone for hours on end.

Now, I relish the time I spend alone running and the chance it gives me to catch up on my racing thoughts from the day. But at the end of the run, I want to talk about it – whether it’s in triumph, in disappointment, in search of tips, whatever. And I’ve found that there is nothing more boring to a non-running friend than listening to me spew on and on about how I needed more salt during my long run or how the Empire soundtrack is actually really great to run to. That’s where having a running community comes in. Here’s how you can enjoy the benefits of a supportive running community – offline and online. 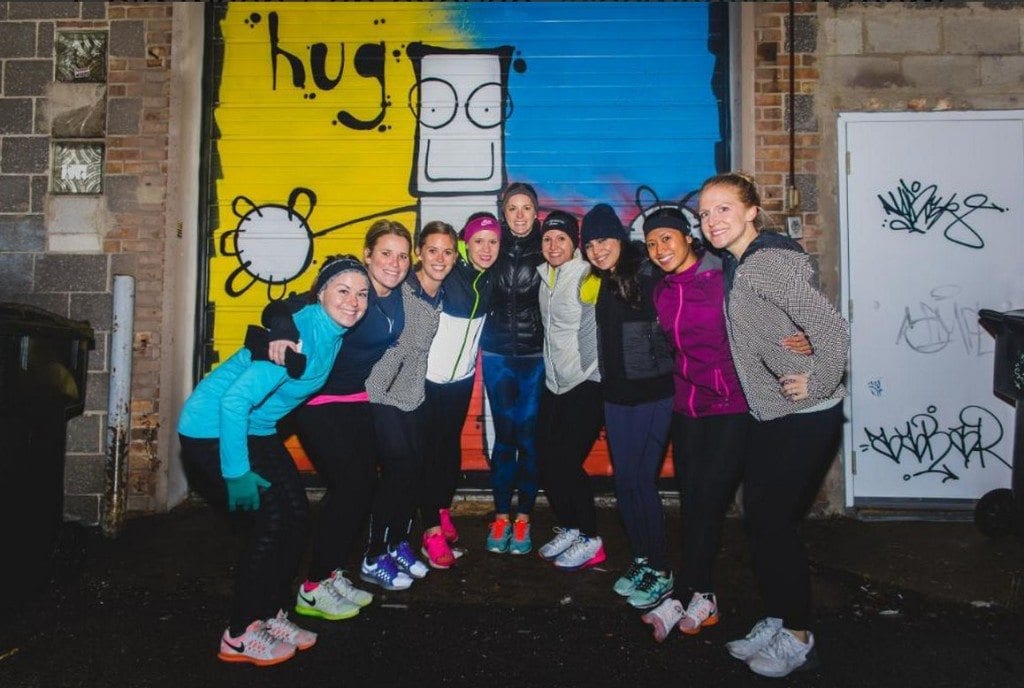 Chicago is well-known for its amazing running community. Running shops across the city host fun runs nearly every day of the week, and running clubs like The CRW bring together runners of all ages and abilities to help reach their running goals. Some options to check out:

With the rise of Twitter, Instagram and other running websites, other runners have never been more accessible, no matter the miles between you. For example, websites like Runner’s World and Bib Rave host weekly Twitter chats covering a variety of topics, from recovery tips to the best fuel for your long run and more, offering free community forums to help runners. Instagram accounts offer runners new routes for inspiration and ideas for future race-cations.

Running-related companies are also beginning to take advantage of the virtual running community to help runners set goals for themselves and stay accountable. Most apps allow you to find friends and fellow runners, and some of them, such as the Nike Running app, let you create challenges for you and your friends (remember the Chiberia Challenge?) to motivate each other to run no matter the circumstances.

Follow fellow runners on social media, pipe up in a Twitter chat, scan online magazines for training tips or ideas for upcoming races. You’ll stay motivated while learning a thing or two!

At the end of the day, running is a solo sport. I determine how far and how fast I run, and I’m responsible for putting in the training to achieve my personal running goals. But I wouldn’t be half as good of a runner as I am today if it weren’t for the support and the education I get from the running community. Thanks for making me the runner I am today, guys!

2 thoughts on “Running Isn’t a Solo Sport: How the Running Community Makes Running a Shared Activity”