5 ways meditation can improve your life 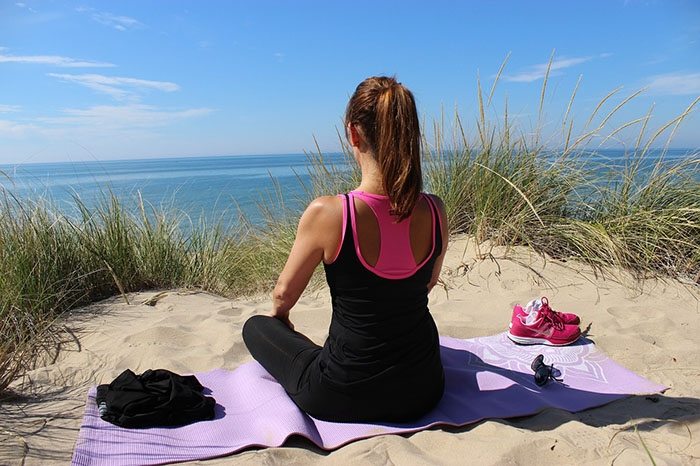 Ever wonder how much happier you would be if you could harness your inner Buddha? In our everyday, fast-paced lives, ceaseless responsibilities, tasks and exchanges with others profoundly impact our moods. It is easy to feel out of control, but there is an effective way of conquering and managing your state of mind and wellbeing: meditation.

Meditation is an ancient practice dating back thousands of years. It is described as “a mental discipline most commonly defined as a self-regulated altered state of consciousness or attention which is primarily directed to self inquiry.” All of the components of meditation — relaxation, concentration, self-observation, suspension of logical thought and altered state of awareness — have numerous positive psychological and physiological effects on the practitioner.

1. It has physical benefits.

Because of meditation’s broad range of physiological benefits, physicians have been increasingly prescribing it to patients for a variety of medical conditions, according to the Wall Street Journal. However, meditation should not be used to replace traditional medical therapies, but rather to complement them, health experts say.

2. It has psychological benefits.

3. Meditation could improve your social life.

Meditation can be practiced in solidarity or as a group. Regardless of how one chooses to practice, meditation increases your sense of connection to others. According to a study published by the American Psychological Association, the “broaden-and-build theory of positive emotions asserts that people’s daily experiences of positive emotions compound over time to build a variety of consequential personal resources.”

The study found that adults who practice loving-kindness meditation over time developed numerous personal resources that translate to social connectedness, including increased mindfulness, purpose in life, social support and decreased illness symptoms. Together these produced increased life satisfaction and reduced depression. Another study found that after nine weeks of practicing meditation regularly, participants reported significant improvements in the three domains of compassion: compassion for others, receiving compassion from others and self-compassion.

Most people can relate to the feeling of being unable to quiet the mind during times of stress. However, one study found that meditation helps build neural networks of interoceptive attention — an internal awareness — separate from the thinking mind. These networks help people actively manage and reduce stress. While we can’t always control our conscious minds consciously, training interoceptive awareness allows people to gain a stronger sense of control over stress, and ultimately, improve wellbeing.

Using high-resolution MRI data of 44 subjects, another research study detected significantly larger volumes of gray matter in the right orbito-frontal cortex in the brains of long-term meditators. Additionally, meditators showed significantly larger volumes in the right hippocampus. Both of these regions of the brain relate to emotional regulation and response control. Larger volumes in these regions enhance people’s abilities to cultivate positive emotions, retain emotional stability and engage in mindful behavior.

In many ways, the introspective nature of meditation and the self-awareness it cultivates makes you wiser. You acknowledge that sometimes you can slip into a bad mood for no apparent reason, feel jealousy or throw a tantrum, but practicing meditation gives you the tools to identify these negative emotions and change them. It is a way to practice “mental hygiene” and cleanse your mind of negativity and clutter, allowing you to see things with more clarity and greater perspective.