How to Deal with an Eating Disorder During the Holiday Season

The holiday season, though stressful at times, is mostly a happy time of year. Getting together with friends and co-workers to socialize can be a great time. But for those trying to recover from eating disorder—whether it’s anorexia, bulimia or compulsive overeating—this time of year can be an absolute nightmare. 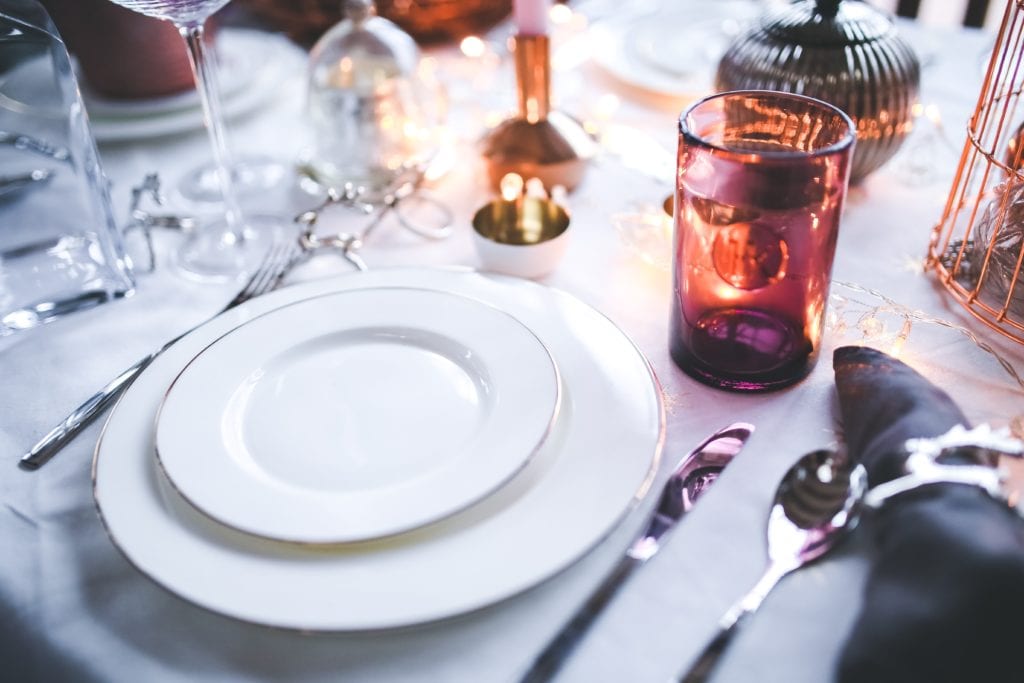 Why the holidays can be difficult for those with disordered eating

To be clear, most people who have an eating disorder keep it a secret.  Much like an alcoholic or drug addict tries to hide their addiction, it is the exact same with someone who has an eating disorder.  They are fighting a private and painful battle. They feel isolated and alone.

For the anorexic who is trying so hard to add some calories into their daily routine, having well-meaning family and co-workers urging you to eat can be really difficult.  It can often lead to the anorexic’s eating disorder voice to get louder in order to control the situation. Socially, it’s uncomfortable having to say “no thank you” over and over again.

For the recovering bulimic or compulsive overeater, they may have one or two goals they are trying to achieve depending on where they are in recovery.  One is not labeling a holiday food as ‘forbidden,’ says Samantha DeCaro, Psy.D., Assistant Clinical Director at The Renfrew Center of Philadelphia, because that “gives that food power, making it a highly desirable choice if an urge to binge arises.”

Second is to not take the first bite, to not indulge, because eating a trigger food can lead to them falling off the wagon and spiraling out of control with bingeing.  When a co-worker or friend tries to push their homemade cookies or brownies on you, the temptation can be so strong that you indulge, lose control, then self-loathe.

How to navigate an eating disorder during the holiday season

But there are ways for the eating-disordered to navigate the holiday season.

“For those who are still in the early stages of eating disorder recovery, an outpatient (OP) team can help with developing a plan that works for you,” says DeCaro.  “Your hunger and fullness cues might not yet be working properly, so it will be important to stick to the meal plan prescribed by your OP team.”

In addition, as many “normal eaters” may do, you might feel the urge to restrict your intake in order to “save up for” a holiday meal. However this behavior will only reinforce eating disorder cycles. Remember that all food has value, and all foods can fit into your meal plan. Labeling holiday foods as “good” and “bad” sets us up to feel guilt and shame if the “bad” food is consumed; these emotions can potentially add fuel to eating disorder urges.

And if you end up overindulging because the eating disorder voice is too strong, DeCaro says, “Remember that slips happen in recovery, and every slip (whether it is restricting, bingeing, or purging) is an opportunity to learn. Take the time to examine and process every slip, so that you can identify the trigger, extract the lesson, and plan differently in the future.”

Why you should consider confiding in a trusted loved one

If you haven’t shared your eating disorder struggles with a friend or family member you feel safe with, now is the time to do so for many reasons.  You are only as sick as your secrets and telling someone will help you.

“Shame and stigma can interfere with asking for the support you deserve, and secrets about your symptoms can intensify that shame. I don’t want to say recovery is impossible without support, but it’s certainly much harder,” DeCaro says.  “If you are afraid to tell others about your eating disorder, it can be helpful to role play with a trusted therapist or friend. Rehearsing and even imagining these scenarios can reduce the fear and anxiety around them.”

Taking that a step further, when you have a friend or family member with you, who you’ve entrusted with the knowledge that you trying to recover from an eating disorder, they can help you.

As DeCaro suggests, consider inviting a support person to a therapy session so that you can identify and communicate the best ways they can help. Support looks different for everyone, and you need to figure out what will work best for you. You tell them what they can do to help you, whether its helping to run interference with well-intended food pushers or someone who triggers you, sit next to them during a meal, or just check in with you at a party.

Plan ahead of time. Recognize that you will be barraged with food that is available and often pushed upon you.  Have a reason at the ready that you can say when someone offers you food that you know will not be good for you.  Practice your reason at home in front of a mirror so you know you’ve got it down pat.

Have a small meal before you go the event, so you won’t be hungry and will be less tempted to check out the food choices.

Chew gum. If your mouth is otherwise occupied, you will be less inclined to be attracted to the food that is foisted on you. And what food tastes good after chewing gum?

Focus on the current company. Really try to be present with the people attending.  Pretend you are a reporter or doing a job interview. You want to be involved in conversations, really listen to people.  If you are conversing and observing, you will be less interested in the food.

Plan something to do right after eating. For those who struggle with purging, it can be helpful to engage in a fun activity immediately after a meal, or have someone accompany them to the restroom when urges are high. It is also worth discussing what is not so helpful, such as hovering too closely, talking about diets, or policing food portions, DeCaro says.

It’s okay to say no. Worst case scenario, if you know deep in your heart that you cannot go to a party without taking five steps backwards in your recovery, you can decline the invitation.

Recovering from an eating disorder during the holiday season can be difficult, but is certainly not impossible. Lean on your friends and family during this time, and take care to listen to your body and give yourself what you need.