I Love TV. I always have.

Some of my earliest memories include watching “As the World Turns” with my babysitter, pretending to be a “The Price is Right” product model in my living room, and dancing around my bedroom wishing I was on “Fame.” 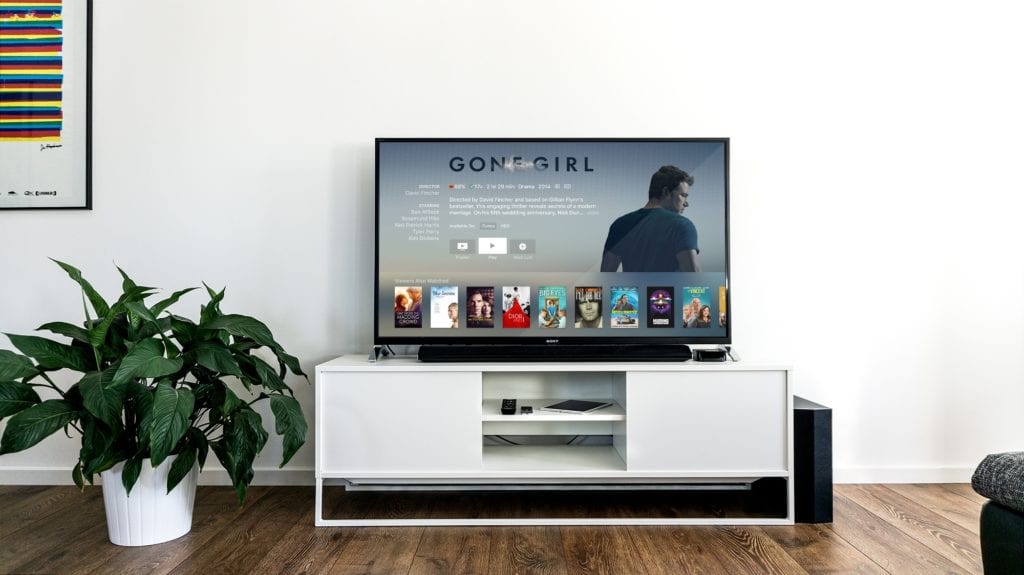 I watched so much TV growing up my mom tried to limit me to one hour a day. She meant well, but she was no match for the glow of the pixelated screen portaling me to new places and introducing me to people I wanted to know and be like.

Back then there was just ABC, NBC, CBS and UHF. Today, there is HBO, Showtime, AMC, FX, FOX, Netflix, Hulu, Amazon Prime, YouTube, Facebook and a slew of other outlets getting in on the scripted series action.

The overabundance of shows worked in my favor in 2018, as, feeling unmotivated, aimless, and a little lonely, I had no shortage of ways to fill my inordinate amount of downtime.

Some days I felt pathetic barely leaving the house, but mostly, I was content to spend time in fictional worlds obsessing over fictional characters and couples, while contemplating the following questions:

Is Everyone on TV Depressed?

It seemed like every show I watched last year featured a character struggling emotionally.

On ABC, “A Million Little Things’,” Rome tried to kill himself because he wanted his inexplicable pain to stop. Over on HBO, “Insecure’s” Nathan ghosted his girlfriend because he “just can’t talk to people sometimes.” Meanwhile, on Netflix, Ward of “Iron Fist” confessed to feeling deeply alone, and “The Chilling Adventures of Sabrina’s” Ambrose dripped with ennui.

There were tons more examples and I identified in some way with all of them. However, I wondered if I was just noticing all the depression and sadness on TV because I was struggling myself—like when you buy a new car and suddenly you see that same make and model everywhere.

Turns out, it wasn’t a coincidence.

“The simple fact is mental health is trending right now,” licensed clinical social worker and therapist Dr. Jameson Mercier said. “So much has happened recently in the area of mental health that it’s hard to ignore. More and more major celebrities are dying by suicide, school shootings are on the rise, and many people are more anxious about the current state of our country/government.”

Therefore, there’s never been a better time for TV shows to include mental health in their storylines. As a result,  the stigma often associated with conditions like depression, anxiety, and addiction is starting to lift.

As Barna Donovan, professor of communication and media studies at Saint Peter’s University, suggested, “If we see major characters, heroes on TV shows who live with mental health issues, it can help people struggling with their own mental health problems to be open about their struggle, to seek help.”

Is TV Making Me Depressed?

I binge-watched the entire eight season series of USA’s “Psych” over a month or two in early 2018. The closer I got to the last episode, the more anxious I became. When I did reach the end, I felt a strange sense of loss.

In reaction, I obsessively re-watched episodes, lurked on the actors’ social media feeds, and consumed every interview I could find about the show.

Was I actually depressed over the end of a silly series about a fake psychic detective and his socially awkward best friend?

It’s possible, as Mercier said, “The feeling of loss/depression stems from having spent so much time watching and engaging with the show and characters that viewers feel a void in the end. Almost like losing someone they were close to.”

Scientifically speaking, Donovan said that people who enjoy long TV binges “are experiencing the production of dopamine in their brains—the sensation of pleasure that prompts them to keep seeking out that same experience for continuous pleasure. When this source of pleasure is no longer available, feelings of anxiety or depression can naturally follow.”

Why Am I Obsessed with Fictional People?

My current TV fixation is on a warlock and his shadowhunter boyfriend on Freeform’s “Shadowhunters.” (A show, by the way, whose characters regularly check in on their loved ones’ emotional state.) Magnus and Alec are a sweet and supportive couple who share little more than closed mouth kisses and loving shoulder pats—and I can’t get enough of them.

Anna Zapata, licensed counselor and co-host of the Pop Culture Therapists podcast, simply offered, “I think we’re all looking for a sense of connectedness and some of us can find a little piece of that in TV show characters.”

I suppose it’s not a stretch then to infer I’m deeply into the supernatural couple because I need more love in my life, or at least more meaningful connections. I’d have to dig deeper on the chasteness of it all though.

We can also feel attachment to characters because, as Mercier said, we identify with what they are going through.

For example, I laughed in recognition when an insecure June on Amazon Prime’s “Forever” excused herself to go to the bathroom at a job interview to never return. I’ve never snuck out before, but I have canceled more interviews than I’d like to admit due to that feeling of ineptness. It was comforting knowing someone else understood that enough to write a scene about it.

“It can feel like a relief, like, you’re not crazy, other people clearly experience that,'” Zapata’s Pop Culture Therapists co-host and fellow counselor Kristen Diou said. “So much of mental health is questioning, ‘Am I okay? Is this normal? Do other people go through this?'”

Am I Addicted to TV?

As Mercier quipped, the short answer that nobody likes is… it depends.

“Watching 4-5 hours of TV in one sitting may not be much for some,” he speculated. “However, if you have small children that require supervision, or a job that you are neglecting, and you are not eating, then that is a different issue.”

Or, as Donovan pointed out, if someone’s health is negatively impacted because they choose to sit in front of the TV for hours instead of getting physical exercise, they might have a problem.

I don’t call off work, skip meals, or decline plans when new seasons of binge-able shows like Hulu’s “Marvel’s Runaways” drops, so I’m good on that front. However, I have pretty much stopped working out and the thought that my sedentary lifestyle is causing my muscles to atrophy gives me pause.

So, the jury might be out on that one.

Donovan cautioned slapping on the addiction diagnosis too quickly though, pointing to our society’s history of “sudden moral panic” over new media behavior, from dime novels and radio to TV and movies to video games and the Internet.

While new mass medium will always alter social interaction, he mused, “I think we are jumping to unwarranted conclusions by automatically comparing new media to drugs and poisons yet again.”

Should I Break up with TV?

TV was there for me in many ways last year: it filled my empty hours, it served as my escapism, and it was my form of therapy.

Besides, I love it.

“I think any time when you’re relying too much on one thing, like a TV show, or a movie or something like that, there needs to be some balance,” Zapata cautioned. “We all need distraction from time to time, but we also need to get out in the real world a little bit and vary how we’re managing stress.”

In order to follow her advice, maybe I’ll take up my mother’s mandate and limit my televiewing to one hour a day in the New Year.

Then again… “Grace and Frankie,” “True Detective,” “Future Man,” “Schitt’s Creek” and all the big three network shows on winter hiatus are returning in January. Plus, the final episodes of “Shadowhunters” and “Game of Thrones'” are quickly approaching.

So, maybe two hours a day?