How To Navigate Social and Work Events Sober

This year, I tried and failed Dry January (again) – only this time around it felt much more successful on the whole. The simple fact that I am two years older (and wiser?) may have something to do with it; I felt a stronger confidence in my drinking habits and choices. 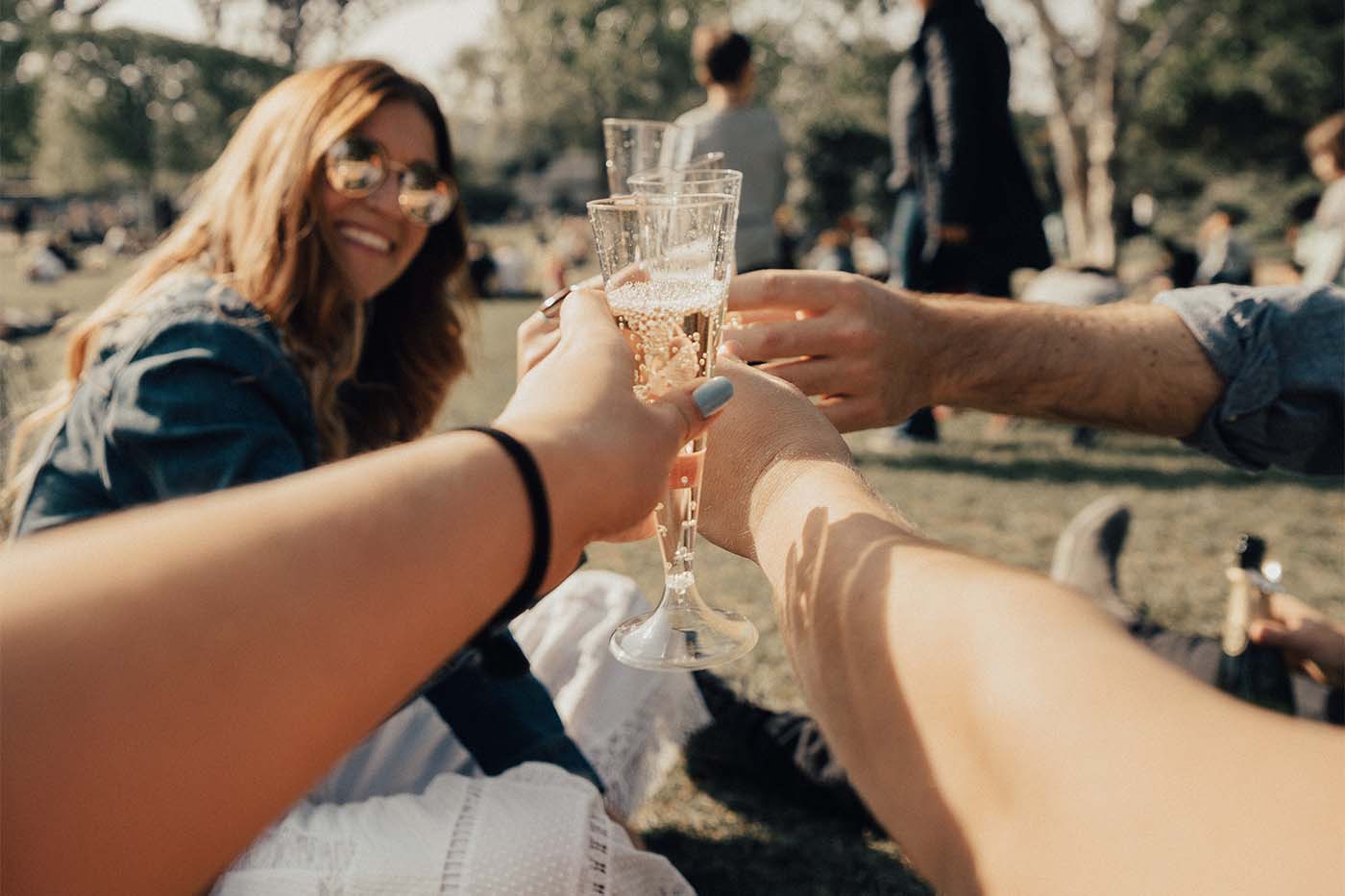 (Photo by Kaci Baum on Unsplash)

For the past year, my social life could be fairly assessed as ‘pretty tame’. I’ve been in a long-term relationship that, for better or for worse, results in many more nights in watching Netflix documentaries on high-profile serial killers than it does nights out at bars in Wrigleyville. When you are in your mid-to-late twenties, two additional years of maturity can make quite a stark difference in your nightlife (though, admittedly, I was never really one to go out to bars in Wrigleyville).

During this year’s 31-day experiment, I decided to focus on situations where I felt pressured to drink, how I felt and how I coped. Here are my top takeaways.

How I felt: My boyfriend and I signed up to go to three (yes, three!) concerts in January before really thinking through how it would feel to go sober. The first concert felt a little awkward – but not for the reasons I expected it to – for example, I couldn’t remember the last time I went to a concert without holding a beverage in my hand.

By the time the second concert came around, I felt much more at-ease about the whole experience because I knew what it felt like (hint: it feels a lot like it felt when you went to concerts as a well-behaved teenager). I didn’t feel judged by anyone else at the concert, because honestly, who is really paying attention to anyone else in the crowd?

How to deal: To help cope with the “what do I do with my hands?” paranoia, I went to the bar and asked for a Diet Coke. The bartenders were never judgy (if anything, they were often encouraging, even proud) and it was much cheaper than paying for a round of beers. We also paid close attention to where we stood in the venues – any time there were obnoxious drunks, we moved a few feet away. Ain’t nobody got patience for that.

Situation: Meeting with friends after work

How I felt: Is it just me, or do drinks with friends happen a lot more during Chicago winters? Maybe that’s just our way of coping with the cold. For the most part, I didn’t feel much pressure in these situations, but that’s mainly a shout-out to having good friends.

How to deal: Most (if not all) friends will understand that you are not drinking if you just say so. Ask if they are available to meet for something else that would cost a similar amount of money and time, like grabbing a few appetizers or signing up for a workout together. As a budget-conscious person, I’d avoid swapping out too many drink dates with dinner dates, but dinner can also be a good option.

(Our team always goes out for pizza and beer afterwards – it’s the main reason we play the sport in the first place).

How I felt: This was the situation where I felt the most peer pressure. These friends have been my post-game drinking buddies from January through May for the past five years, so breaking that normal flow felt awkward for everyone.

How to deal: The buddy system. Shout out to fellow aSweatLife writer, Kevin, for helping me stick to plan. Whenever someone made a comment about us not drinking at our post-game spot, we were able to stand up for each other, or at least laugh it off together. Apparently everything, including sobriety, is better with friends.

How I felt: As an associate, I’m often the youngest person at a work dinner. As an associate in a male-dominated industry, I’m also often one of the only females. It’s easy to depend on a glass of wine or two to help me ease into these situations. Admittedly, these types of dinners can be some of the most awkward for me.

How to deal: Usually fancier restaurants (read: where a lot of work dinners are held) have decent non-alcoholic cocktail options. When I don’t feel like drinking at work dinners, I often opt for these to avoid questions (once again, I am often one of the only, if not the only young female present). I also cope by asking a lot of questions – this helps me ease into discussion better than a glass of wine ever could. By asking open-ended questions, it’s easy to keep a dialogue going and the pressure to impress is off.

Honestly, most people are easily impressed by others who ask thoughtful questions and have listening skills – perhaps it’s a lost art these days.

Situation: You just really want [a glass of wine, a beer with friends, insert beverage and situation of choice here]

How it feels: Really think about why you feel like you want a drink. Is it because of peer pressure? Is it because of the situation itself? Or is it simply because you want to try a new kind of beer or celebrate a promotion with a glass of champagne?

How to deal: If you give yourself a few minutes to really feel and question why you want a drink, and afterwards you consciously make the decision to drink – go for it. Whenever I abstain from drinking for a while, it shocks me how often I drink unintentionally. There is a very clear line between intentional and unintentional drinking. January 10, I intentionally had a glass of wine after finally submitting my MBA school applications. I enjoyed it thoroughly, felt no regret, and continued with the challenge the next day – I didn’t get upset, feel the need to start over, or give up.

While there are always lessons to be learned from “failing” Dry January – maybe next year will be the year. If my failure can save you from a hangover, or awkward interactions at work dinners, it was a success.