The Time I Tried (and Failed) Dry January 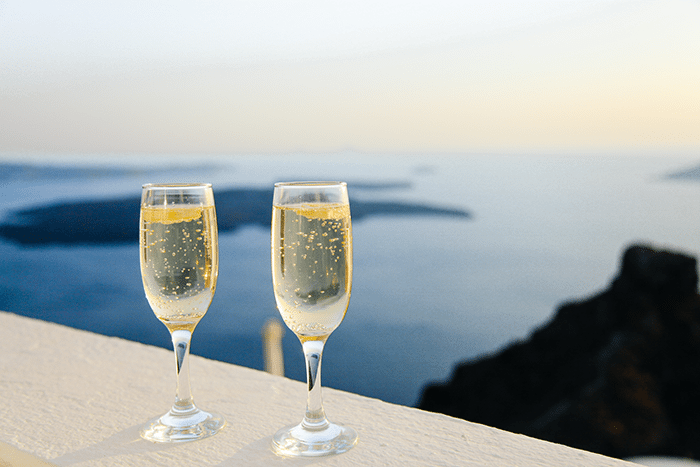 To be honest, I don’t think I drink that much. Ok, let me rephrase: I don’t think I drink that much for a twenty-something. I don’t know if I missed the memo on lying to your doctor about alcohol consumption, but by the look on my doctor’s face at my annual appointment this November, I feel like I might be one of the few honest twenty-somethings out there. Or… maybe it’s time to slow down. Nahhh.

I admitted that I have a drink or two during the week – a work dinner here, a drink with a friend there, and the occasional glass of wine after a long workday. I admitted to drinking 3+ drinks every other weekend or so (damn you, brunch). I didn’t realize this put me in the category of binge drinking … AND I even forgot to mention to her the beers and pizza I have every Sunday night with my teammates after basketball … yikes.

So when I heard about Dry January during the booze-infused holidays this past December, I thought to myself, “Pffft, not drinking for a month? I could do that.”

Okay, I didn’t make it through the full thirty-one days. But like an episode of Full House, I knew this wouldn’t end without a lesson. Eight lessons, to be exact.

I think this one is self-explanatory.

This is sad to admit, so don’t judge me. At one point when I was out, it felt so awkward to be with my friends and not have a drink in my hand that I ordered a non-alcoholic beer to feel more “normal” about the whole situation. Not only was it a complete waste of four bucks, but it also leads me to my next conclusion …

2. It’s probably more awkward for you than it is for your company.

I didn’t realize how awkward I would feel about not drinking. I honestly wasn’t expecting it; I’m fairly social, I enjoy human interaction. Still, most of the awkwardness I felt was ultimately self-inflicted. My friends were (thankfully) very supportive of my little Dry January experiment. I was shocked to realize that most of the pressure I felt wasn’t from my peers, but rather internal pressure. I’m still working out exactly what that means.

3. If you’re a young female, people will think you are pregnant.

I’m not pregnant, you guys.

As an avid personal finance nerd, it was a great month for my wallet. I was pleasantly surprised (and equally astonished) at how much I saved by staying off the sauce. People always give the advice, “skip the extra latte each week and you can save $20/month!” Scratch that. My new advice is, “drink the coffee … just don’t order that extra cocktail you don’t need.” Opting out of a drink or two a week could help your savings account more than you’d think.

5. There are very few social events that don’t involve alcohol.

Seriously. It’s stunning how prevalent drinking is in our culture. If you have fun activities to do that don’t involve alcohol, please list them in the comments. Sharing is caring.

#Sweatworking events are a great place to start.

6. I had more time for other things I like.

I got more sleep, woke up earlier, and set new priorities with my time. I worked out more and read more … and watched more Sons of Anarchy on Netflix. No regrets.

Here’s the thing. If you’re using Dry January as an excuse to binge drink the other 11 months of the year, you’re doing it wrong. Even though I failed at Dry January, it was still a success. I don’t think that it means much to stop drinking just for the sake of not drinking, but I do think there is value in taking inventory of how much you do imbibe.

It’s okay to say no to a glass of wine at a work dinner. Your friends won’t think you’re weird if you don’t get a mimosa with brunch on Saturday. (If they do, maybe it’s time to get new friends.) At the same time, it’s totally fine to have a glass or two of champagne to celebrate your boyfriend’s new job opportunity (and ruin your Dry January streak … oops).

My Dry January (er, *attempted* Dry January) helped me realize things about myself that I wouldn’t have otherwise. Before this little experiment, I didn’t realize how much internal pressure I put on myself to drink. I also didn’t realize how prevalent drinking is, or how productive and beneficial it is to consciously take a break sometimes.

So from not on, it’s Moderation January (February, March, April, etc.) for this girl.

I didn’t expect this. Consider yourself warned.

1 thought on “The Time I Tried (and Failed) Dry January”