I’ve said it before and I’ll say it again: I love my Fitbit. I’ve chronicled my passion for my Fitbit before for aSweatLife, but its capabilities – including step counting and sleep tracking – never cease to amaze me.

In December, I was introduced to even more of the Fitbit’s abilities when I randomly won a Fitbit Charge 2 after attending a conference for work. (What a welcome and shocking surprise it was!) I’d previously used a Fitbit Flex, but with my new Charge 2, I had access to a stopwatch, a relaxing guided breathing exercise and information on my heart rate.

My fascination with Fitbit doesn’t end there. My husband Luis (who has a Fitbit Blaze) recently introduced me to Fitstar, Fitbit’s workout app. To be honest, I was a little hesitant to use it at first. Throughout the course of my life, I haven’t used too many workout apps – instead, my go-to workout is a run outside or a weightlifting session at the gym. But I figured I’d take a whack at using it, especially given Luis’ strong recommendation.

So I did. A few months ago, Luis used Google Chromecast to cast the Fitstar workout to our TV (as opposed to viewing it on our computer), and I tried my hand at Fitstar for the first time. I was hooked.

Fitstar comes complete with various workouts, most of which have rather catchy titles. From “Body Blitz” to “Dynamic Balance,” “Cardio Rhythm” to “Sore Core,” Fitstar’s workouts run the gamut. No matter what type of exercise you’re looking for, there’s a Fitstar workout for you. Fitstar’s workouts also vary in length, so you can squeeze in a session whether you have 25 minutes or seven minutes.

Once you start a Fitstar workout, you don’t have to guess exactly how to do the exercise. Instead, a trainer narrates instructions for the exercise while a videotaped person demonstrates each move. The demonstration continues even while you do the move, so you don’t feel like you’re working out alone. 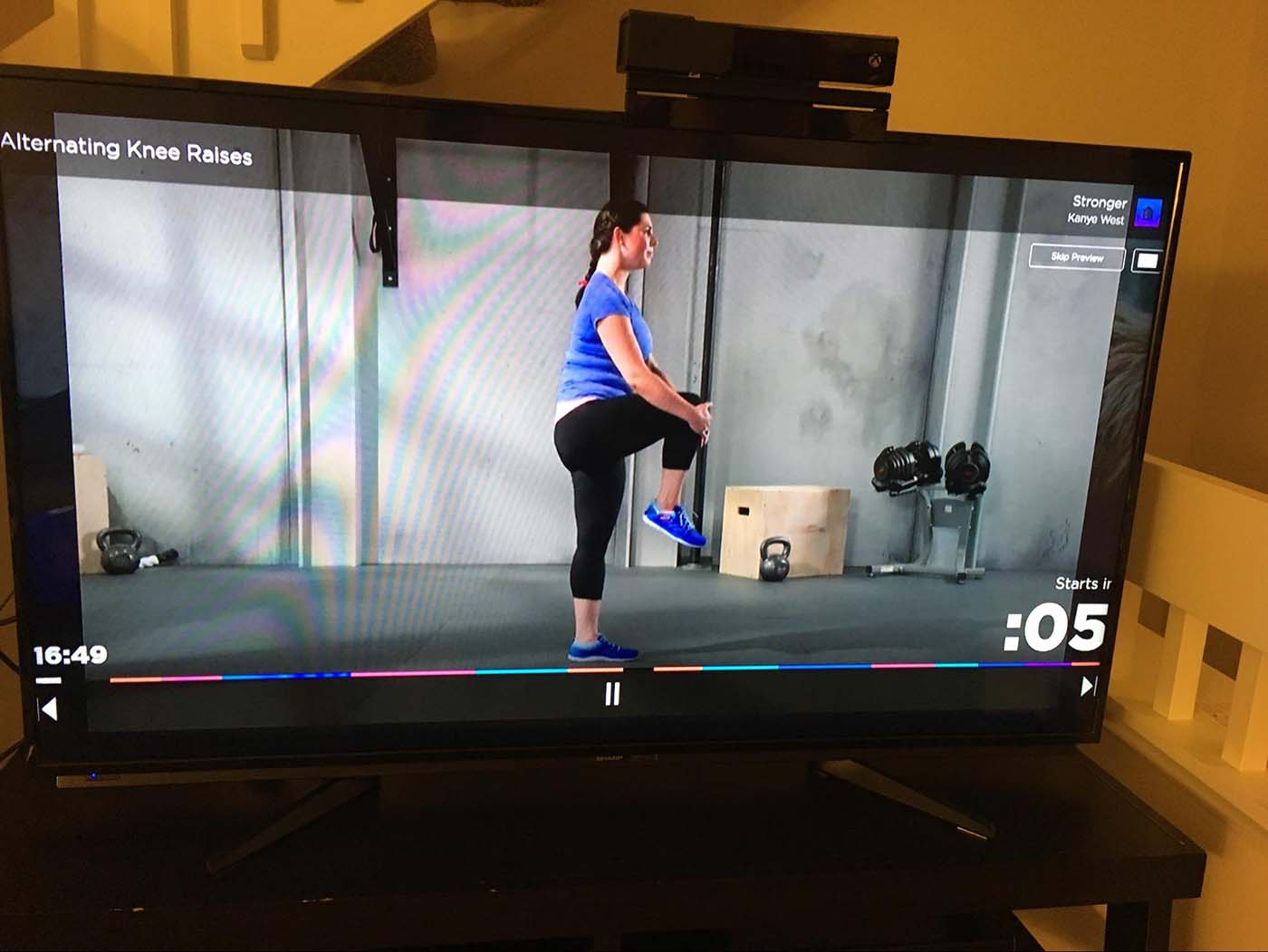 After you complete each move, you can rate its difficulty level, thereby giving Fitstar a way to customize your next session to fit your needs. 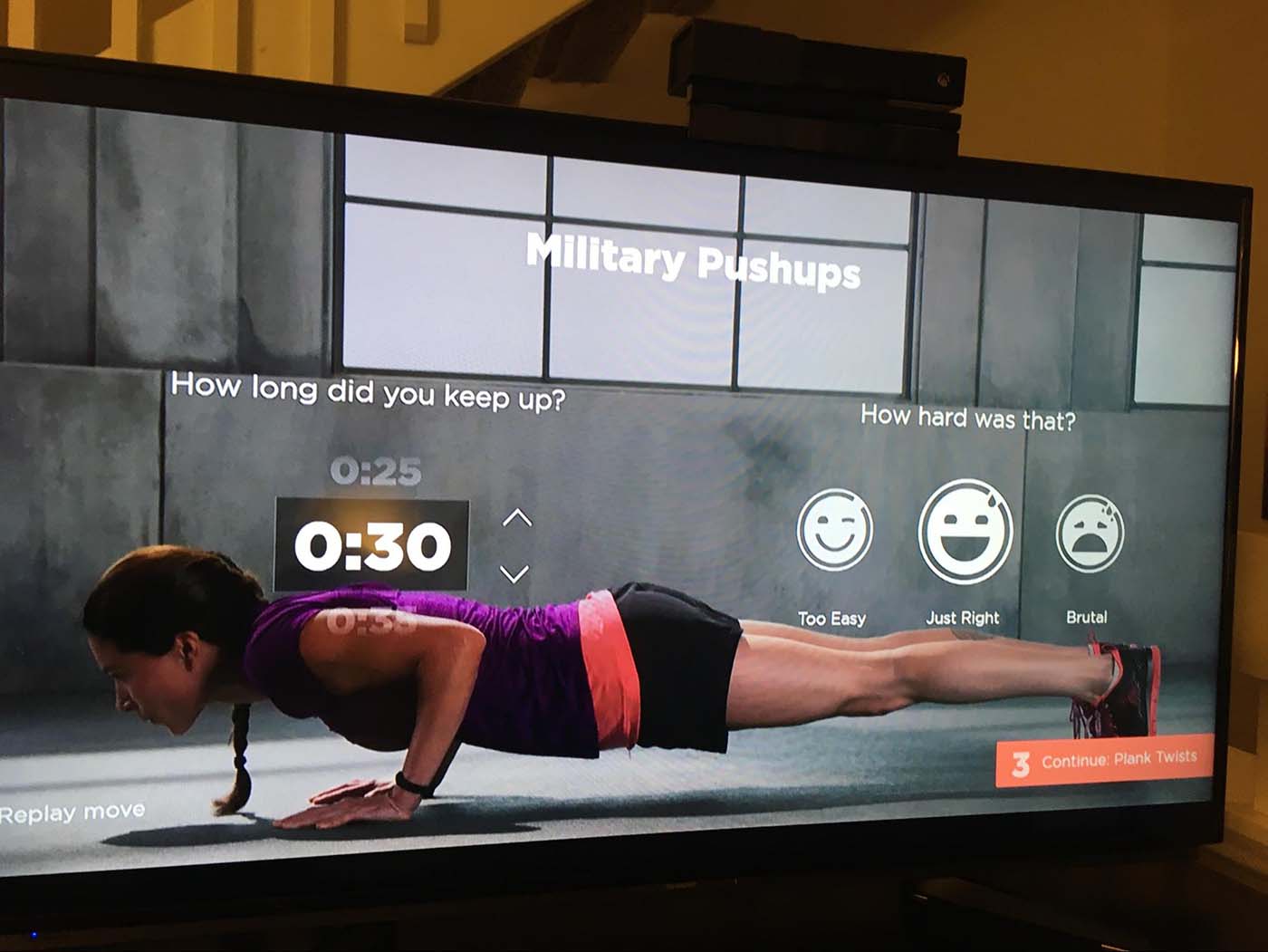 Depending on the length of your workout, you also get one or more brief rest breaks, during which you’re encouraged to grab some water and take a breather. 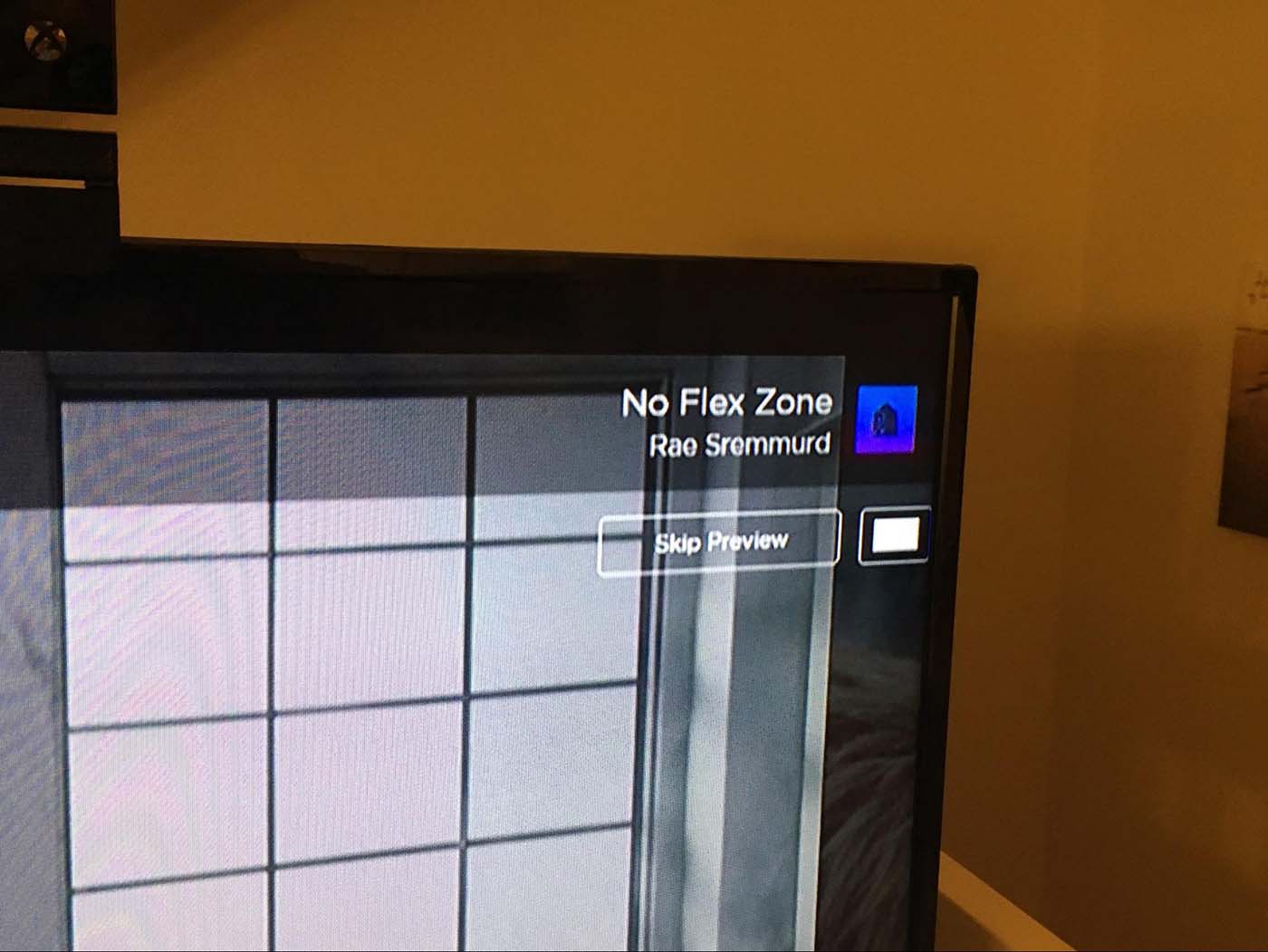 But my favorite aspect of Fitstar is the built-in capability to pick a genre of music to listen to during your workout. Instead of putting on your Spotify or Pandora playlist, you can rely on Fitstar to play jams in the genre of your choosing. As you can tell, Luis and I are fans of the hip-hop/rap genre!

Although I was uncertain about whether I’d like Fitstar, my few experiences with the app have proven successful. I’m almost always sore the day after I complete a Fitstar workout, and I love how easy to use it is. I’m looking forward to expanding my workout app palate and sampling other apps out on the market.

Find FitStar by FitBit in the App Store and on Google Play.