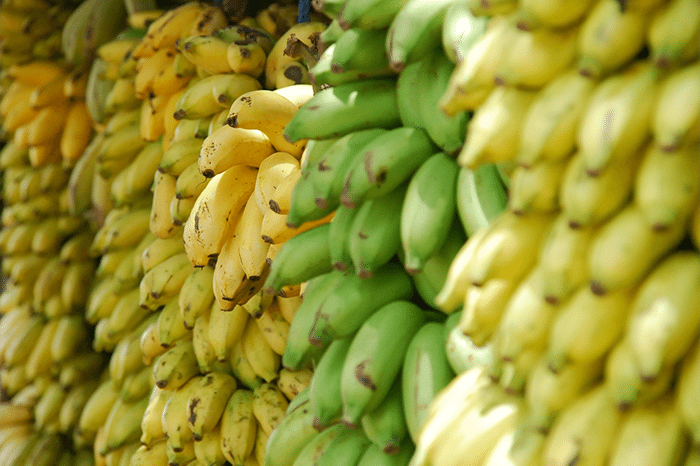 When I touched down in Barcelona some dozen years ago for my semester abroad, I sniffed my way to the nearby gelateria within those first few days. I returned with frequency, often grabbing a double scoop twice a day. A month after my arrival I felt a perplexed look cross my face as I pulled on my jeans that were beginning to feel quite snug; I was doing spinning classes and walking everywhere. What’s going on here I wondered to myself.

That is, I wondered until I made my next trip to get some of my favorite pistachio gelato after school that Friday. Ahh, another lesson in cause and effect came the epiphany. But you know what, when in Barcelona, do as the Spaniards … actually they execute self-control much better than I did, but my point being, every ounce of those pounds I gained was sweet and worth it for those four months.

Eating ice cream twice a day really isn’t a sustainable long term healthy decision, though. Except … except if it’s banana ice cream! I discovered this traditional ice cream alternative when a video came across my Facebook feed a few months ago. Sometimes distraction turns delicious, and every couple of weeks I like to turn to a new delicious obsession, the kind of obsession that leaves me squirming in my seat at the end of my bus ride home after school because I know precisely what I am doing when I walk in the door. Banana ice cream is a great pre-workout snack. It’s a great appetizer too. Can’t sleep in the middle of the night? The antidote: banana ice cream.

You can find dozens of recipes online to tantalize your taste buds, but I say making banana ice cream is all about play. To get started, all you need are ripe bananas, your favorite banana flavor pairings, and a food processor. Take the ripe bananas, peel them, put them in a plastic ziploc and place them in your freezer. Now I’m gettin’ giddy just writing about this because the real fun is about to begin. Dust off your food processor, if there are little people roaming your home, lure them into the kitchen to lend a hand, and start mixing and matching some flava flaves. The following are some of my favorite combos, but I encourage you to find your inner Giada De Laurentiis and make your own magical mixings as well!

Banana and just about any flavor of Justin’s Almond Butter

And, when you’d like to have your banana ice cream at High Tea, brew some good loose leaf Earl Grey, chill it, and add that to the bananas with a bit of honey in the food processor.

I’ve used banana in sandwiches and smoothies and gluten-free breads, but before whipping up my first batch of banana ice cream, I had not acknowledged the true versatility of this Ecuadorian grown fruit. When banana ice cream meets your tongue it is … not quite silky … not quite velvety, but something so smooth and creamy and totally terrific.

So, I’ve already gone bananas, but it would be a whole lot more fun if you go bananas with me!