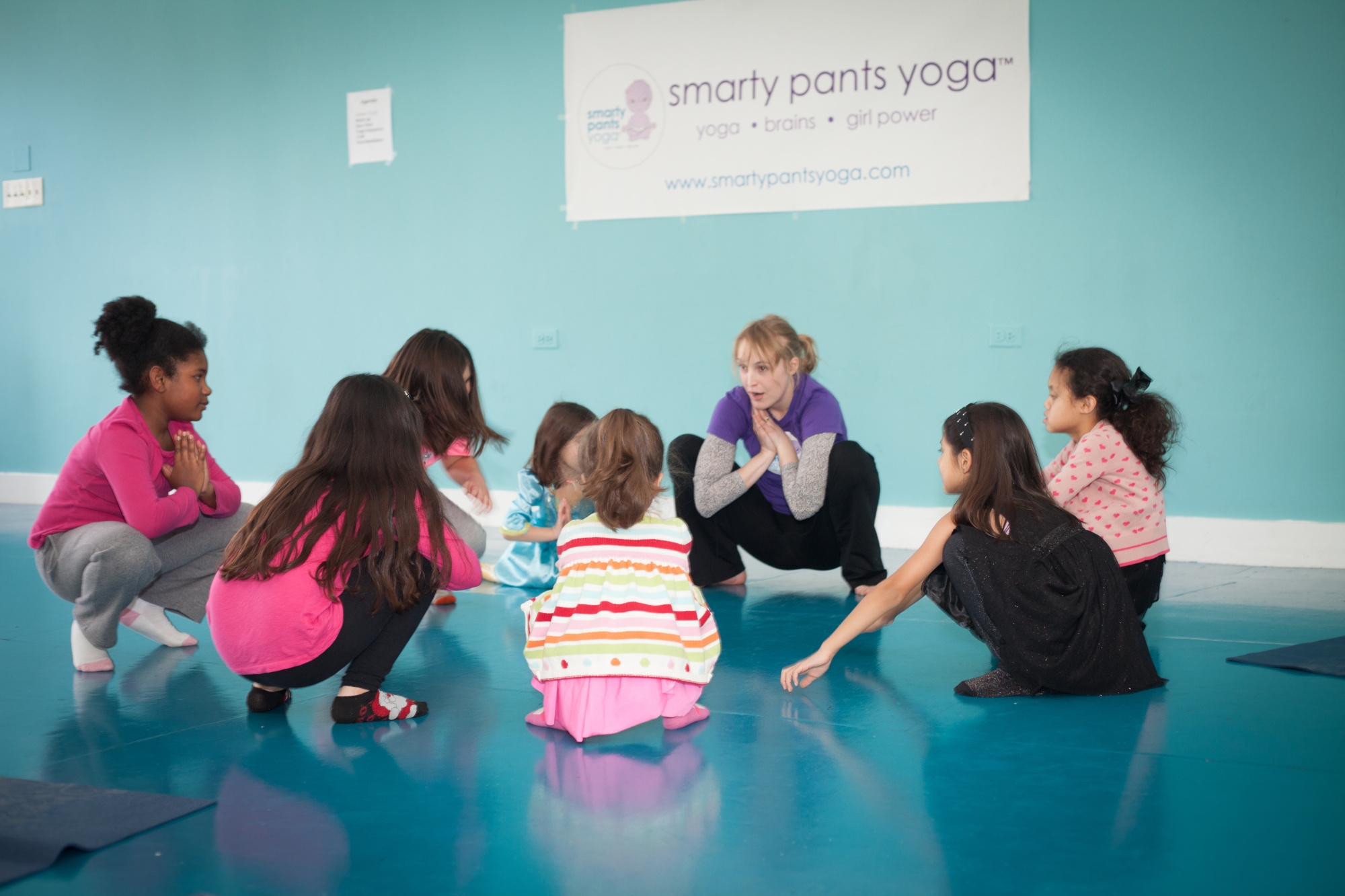 Smarty Pants Yoga, a Chicago-based after school program that combines literacy, social-emotional education and yoga to empower elementary-aged girls, is on track to enroll 1,000 girls in its programs in 36 Chicago schools this fall.

The brainchild of two second grade teachers with classrooms on Chicago’s south side, the program was born out of a true need felt by the two founders, Annie Warshaw and Jill Carey.

“The administration was satisfied if every classroom had one representative for the spelling bee or two representatives for the science fair – and that’s fine. But when all of the representatives are boys, it begs the question: why aren’t the girls exploring leadership opportunities at the same rate as the boys,“ Smarty Pants Yoga Co-Founder Jill Carey said.

She continued, “The girls just weren’t succeeding. They could read – sometimes a lot better than the boys – but their relationships were floundering.”

Together, Warshaw and Carey launched the afterschool program, which sought to reverse what they were seeing.

Yoga was chosen as the physical discipline, because Carey said, there were no barriers to entry.

Behind the fun of Smarty Pants Yoga is a curriculum based in the teachings of yoga. Each class begins with a yoga principle. “We use the Yamas And Niyamas,” Carey said, “We may teach Santosha, which is contentment, and that will be the principle of the day.”

Continuing class with one of Smarty Pants Yoga’s 75, fully illustrated storybooks, participants will read a story “that is at their grade level that illustrates the principle of contentment.”

The teachers then lead the girls through a yoga sequence that retells the book through yoga.  “A yoga sequence is just like a plot line – rising action, climax and falling action,” Carey said. 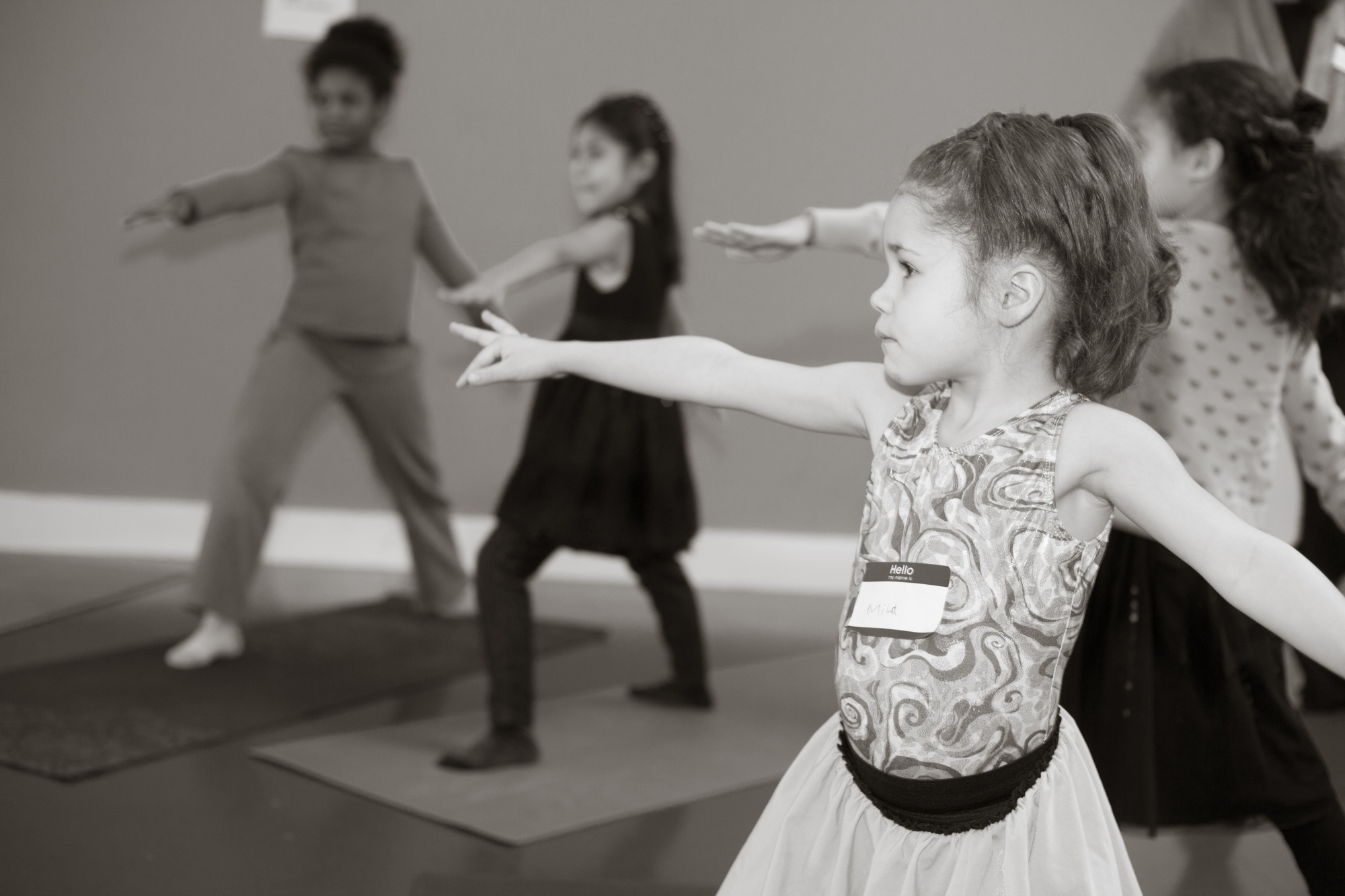 To conclude the class, the girls do an activity to “internalize and personalize the principle.” Carey said, “Older girls may do a journaling exercise and write about what Santosha means in their lives. Younger girls will do some sort of craft.”

After eight-to-12 weeks, depending on the school, girls enrolled in Smarty Pants Yoga experience a change often noticed by parents and teachers. Carey said, “At the end of the program, the girls are very self-composed. They’re sort of above the fray. That’s what we want. We don’t want them to be all tangled up in the complications of adolescence.”

As Smarty Pants Yoga enters into more schools, the team is growing constantly.  Carey said that the team is “hiring like crazy,” focusing primarily educators to enforce the literacy component of the program. The Smarty Pants Yoga team has its sights set on reaching schools nation-wide, but to do that, the team intends to change its training model.

“By next year at this time, we’ll actually have a yoga school,” Carey said, “So we’ll be training and certifying children’s’ yoga teachers.”

The school will allow instructors to become certified to teach k-12 boys and girls through the yoga alliance. Carey said that to go on to teach as a part of the Smarty Pants Yoga program teachers will go on to take an “extensions program so they can be trained in our ways and then be on our team.”

Carey notes that there’s a lot of work to do to empower young girls. She said, “I think it was Gloria Steinem who said it, “the women’s right movement made progress if you measure progress in inches.” I think that’s really true. I mean women can go to work and wear pants, but there is still so much disadvantage and we have a long way to go.”

Want to get involved in Smarty Pants Yoga? Learn more.