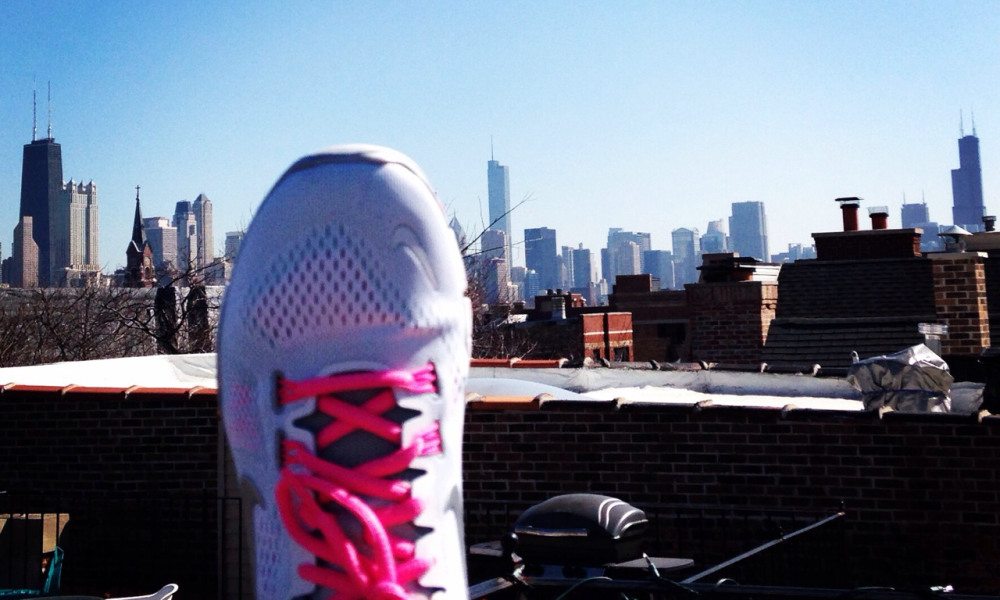 Go ahead, giggle a little bit. Fartlek. Fart-lek. FARTLEK. Get it out of your system now, because once you start running this thing, you may not have the lung capacity to chuckle at a fartlek- that is, if you’re doing the fartlek right.

I’ll back up. Fartlek is Swedish for “speed play,” and it’s a running training method that combines continuous training with intervals. Basically, after a warm-up, the runner goes at a significantly faster pace for a bit, then recovers, and repeats that until it’s time to cool down. It’s a simple framework, but it gives you a lot of room to play with different intervals.

For those of you who read the above and thought “Oh, so a fartlek is an interval run,” not quite so fast. Fartleks are pretty easy to confuse with both interval runs and tempo runs. The difference among the three is that a fartlek is thought of as more free form- the fast-paced distances can be to different landmarks (I’ll sprint to that water fountain then recover to that bridge) or different lengths of time (I’ll sprint to the chorus and recover during the verse). As Runner’s World describes it, “The goal is to keep it free-flowing so you’re untethered to the watch or a plan, and to run at harder efforts but not a specific pace.”

An interval run, on the other hand, alternates quick, intense efforts with equal or slightly longer recovery. These intense efforts should be ALL OUT- like, “oh my gosh is this over yet when can I stop” kinds of thoughts going through your mind- and the recovery jog is really, honestly easy.

And a tempo run? That’s when, after a warm up, you run your entire distance at a controlled pace just outside of your comfort zone (save for a final cool down). This pace might vary – it doesn’t have to be a specific number, and what feels difficult for you will depend on that day’s variables of heat, humidity, how your body feels that day, etc. Some runners, however, find it effective to do tempo runs at their race day goal pace.

So, in the interest of SCIENCE and JOURNALISM and because my Nike+ running app told me I had to for marathon training, I set out on a fartlek run last Tuesday morning. The day’s agenda was a mile warm up, four miles of fartleks, and a mile cool down. I decided to do my fartleks in song interval – I’d push the pace for one song, recover for another, and let shuffle decide my pace and my fate.

I was pretty surprised at how much I enjoyed this workout! I thought that I would get frustrated having to maintain a speedier pace for an entire song, but I found that having a song to focus on helped me push through to the end (it didn’t hurt that “Space Jam” was one of the speed songs, either). Also, my workout went by way faster than normal, at least mentally. Call me Captain Obvious, but when you run faster, you tend to go farther, so it wasn’t a six mile slog like I normally do on Tuesdays. I was also pretty proud/pleased to realize that by the end of each recovery song, I was pretty much ready to start running faster. I took that as a sign that I was pushing myself just enough.

“1. Short, fast repeats improve your running economy (the amount of oxygen consumed at a given pace), and improved running economy is very important in the marathon. Think of it as getting better gas mileage–you can go longer before running out of gas.

2. Short, fast repeats break the monotony of training. Often, marathon training starts to put runners in a pace rut. Fast repeats challenge you to turn your legs over and help avoid the “marathoner shuffle.

3. Short, fast repeats allow you to insert some volume of running at a pace that is significantly faster than marathon race pace.”

As an example of the third point, say my goal marathon pace is 8:45 per mile. If I do repeats at 8:15 or so per mile, my goal pace will ultimately feel easier on race day. Yes, please.

The final verdict? Fartleks are sexy. And I’ve made a playlist of running songs that are specifically 3:00/3:30 minutes long to fartlek to all summer long. Go forth and frolic with fartleks, my friends.